Amid surging COVID-19 cases largely propelled by the delta variant and following the FDA's full approval of the Pfizer shot, vaccine opposition is dropping, a new poll shows.

The latest Axios-Ipsos Coronavirus Index, released Tuesday, finds only one in five Americans say they're not likely to get vaccinated, the lowest level since the start of the index. The percentage of Americans who stand in hard opposition to getting the vaccine has also dropped to its lowest reported levels at 14% of U.S. adults.

The changes are particularly noteworthy among parents: 68% now say they're likely to get their children vaccinated and 31% oppose vaccinating their children.

"With more than 45 million children under 12 – who are not yet eligible for the vaccine – this change suggests that once the vaccine is approved for younger kids, there may be a significant surge in the vaccination rate," according to the poll.

Mask use also continues to increase, according to the index: 69% now report using a mask some or all the time when leaving the home, up from 52% in the July 20 report.

►Google is once again postponing a return to the office for most workers until mid-January, in addition to requiring all employees to be vaccinated once its sprawling campuses are fully reopened.

►Employees at Colorado health care facilities, including assisted living homes, nursing homes and hospitals, will be required to get vaccinated against COVID-19 by the end of October under a temporary emergency rule by the state board of health.

►Honolulu Mayor Rick Blangiardi announced Monday that the city will join others including New York, San Francisco and New Orleans in requiring proof of vaccination for entry to restaurants, gyms and other public spaces. The policy, called Safe Access Oahu, will take effect Sept. 13.

►The booster shot of the Pfizer vaccine is highly effective against COVID-19 infection and severe symptoms, according to Israeli researchers. The study, which has not yet been peer-reviewed, found a third dose of the vaccine was associated with at least a 10-fold reduction in the risk of severe illness.

►Just a week after classes began, Liberty University in Virginia pivoted to virtual classes beginning Monday, joining other schools such as Duke University and Rice University that have shifted reopening plans amid surging cases.

►City employees in Portland, Oregon, must be fully vaccinated against the coronavirus – or obtain a medical or religious exemption – by the middle of October or they will be fired.

📈Today's numbers: The U.S. has recorded more than 39.1 million confirmed COVID-19 cases and more than 639,000 deaths, according to Johns Hopkins University data. Global totals: More than 217.4 million cases and 4.5 million deaths. More than 173.8 million Americans – 52.4% of the population – have been fully vaccinated, according to the CDC.

📘 What we're reading: Can Americans visit Europe this fall after E.U. decision? It's complicated. What travelers need to know.

Fauci: 'Extremely important' for pregnant people to get vaccinated

COVID-19 in pregnancy is "serious," and it's "extremely important" for pregnant people and people planning to become pregnant to get vaccinated, the nation's top infectious disease expert said Tuesday.

"There are severe adverse outcomes for mother and baby during COVID-19 infection," Dr. Anthony Fauci, director of the National Institute of Allergy and Infectious Diseases, said in a press briefing.

"COVID-19 in pregnancy is serious," he said. "The bottom line, get vaccinated."

The U.S. is now averaging 900,000 vaccinations per day, up from 500,000 per day in mid-July, Zients said. The pace of first shots is accelerating, too. The U.S. administered more than 14 million first shots in August – almost 4 million more first shots than in July, he said.

"These requirement are already working to get more people vaccinated," Zients said.

"As people across the country prepare for Labor Day weekend, it's critical that being vaccinated is part of their pre-holiday checklist," Zients said. "It’s never, ever been more important."

Experts worry Hurricane Ida will worsen the spread of COVID-19 in the state's low-lying parishes, where vaccination rates are low – in some only about a third of the population – and cases have surged to all-time highs.

Hospitals in the path of Ida were forced to evacuate dozens of patients after the storm tore off pieces of roofs, caused water leaks and partially flooded some areas. Some hospitals were relying on emergency generators for electricity as millions across the state lost power after the storm hit the coast as a Category 4 hurricane.

Hospitals were already overwhelmed with COVID-19 patients because of the delta variant. The additional hurdles caused hospitals to transfer patients to other medical centers in the state.

"This is a COVID nightmare," said Christina Stephens, spokeswoman for Louisiana Gov. John Bel Edwards. "We do anticipate that we could see some COVID spikes related to this." Read more here.

More people have died so far this year from COVID-19 in Florida than in all of 2020, making the disease the third leading cause of death in the state, according to Florida Department of Health report released Friday.

The report said cumulative COVID-19 deaths have reached 43,979 in Florida as of Aug. 26. With deaths last year recorded at 21,673, the latest data means that in less than nine months this year, 22,306 people died from the coronavirus or COVID-related complications, outpacing the number of dead in the last calendar year. The first deaths from the pandemic in Florida were recorded in the first week of March 2020 and totaled 21,673 by Dec. 31, 2020.

Many other states have been reporting more COVID-19 deaths in 2021 than in 2020, even though a third of the year remains.

Hawaii and Texas each passed their 2020 death tallies on Friday, a USA TODAY analysis of Johns Hopkins University data show. Vermont passed its 2020 death toll last Thursday and Kansas on Wednesday. The U.S. Virgin Islands crossed the mark Aug. 23, Alaska on Aug. 20, Utah and Nevada on Aug. 18, Oregon on Aug. 17, Georgia on Aug. 11, and North Carolina on July 12.

Some states passed their 2020 death tallies before the current delta-driven wave hit hard, including Arizona on June 10, Oklahoma on April 4 and West Virginia on April 1. And others, including Kentucky, Virginia, California, Maine and Alabama, passed the mark soon into the year, with cases of the fall and winter surge becoming deaths of the spring.

A suburban Cincinnati woman, whose husband has been on a ventilator in the hospital with COVID-19, won a court order forcing the hospital to treat her husband's virus with an anti-parasitic treatment commonly used for livestock called ivermectin.

The case is one of a handful nationwide where courts have sided with family members and forced doctors to use ivermectin, which is unproven in the treatment of COVID-19 and is not recommended by the U.S. Food and Drug Administration and the Centers for Disease Control and Prevention.

A judge gave the go-ahead to administer 30 milligrams of ivermectin daily for three weeks for Jeffrey Smith, 51, who came down with COVID-19 in early July. His wife, Julie Smith, asked for an emergency order for the use of the drug on Aug. 20.

As the delta variant has caused high transmission rates of COVID-19, rising interest in the drug has been fueled by endorsements from allies of former President Donald Trump as well as Sen. Ron Johnson, R-Wisc., and Fox News personalities Laura Ingraham and Sean Hannity.

Poison control centers have seen an uptick in calls about the drug. Some callers reporting significant symptoms such as extreme vomiting or blurred vision. The CDC warned reports of poisoning related to use of ivermectin have increased threefold this year, spiking in July. The drug is unproven as a treatment for COVID-19, federal health officials say, and large doses of it can be dangerous and cause serious harm.

Moderna vaccine generates more than twice as many antibodies as Pfizer's, study says

Moderna's COVID-19 vaccine generated more than double the antibodies of Pfizer's vaccine, according to a study published Monday in the Journal of the American Medical Association.

Researchers suggested several possible explanations for the difference, including a longer, four-week interval between the doses of Moderna's vaccine compared to three weeks for the Pfizer shot. Another possible reason is that the Moderna vaccine had a higher concentration of the key active ingredient used in both shots, the study said.

Antibody levels were also lower in older participants with the highest levels found among those under 35, according to the study.

The Pfizer-BioNTech COVID-19 vaccine remains extremely safe and worth using a federal advisory committee agreed Monday, recommending its use in people over 16.

The committee, known as the Advisory Committee on Immunization Practices (ACIP), reviewed data presented as part of the companies' request for a full license for the vaccine.

The vaccine had been authorized for emergency use; on Aug. 23, the Food and Drug Administration issued it a biologics license application – the technical term for full approval – in people 16 and up. Its use in adolescents 12-15 will continue to have emergency authorization until more data accumulates.

Emergency use was granted to speed the vaccine's availability during a time of crisis, based on two months' worth of data. Full approval is based on six months' worth.

On Monday, the ACIP publicly reviewed data for the first time that was part of the application process. Results, they said, were clear.

The Pfizer-BioNTech vaccine does carry a risk of two potentially dangerous side effects: swelling of the heart, called myocarditis, and allergic reactions. But those effects are mostly manageable, the data found, and allergic reactions are largely caught during the 30-minute waiting period after vaccination and the vast majority of those with myocarditis leave the hospital within a day or two. Read more here.

As thousands of more schools return to full-time in-person instruction, President Joe Biden's administration is investigating five states that are banning districts from mandating masks on the grounds that such policies violate the civil rights of children with disabilities and underlying health conditions.

The banning of mask mandates may keep schools "from meeting their legal obligations not to discriminate based on disability and from providing an equal educational opportunity to students with disabilities who are at heightened risk of severe illness from COVID-19," the letters said, according to the department. 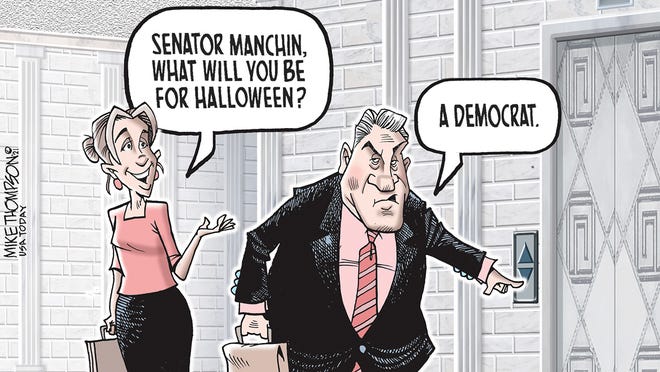 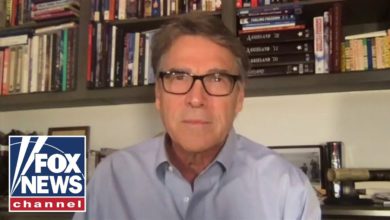 Rick Perry's chilling warning for the US energy sector 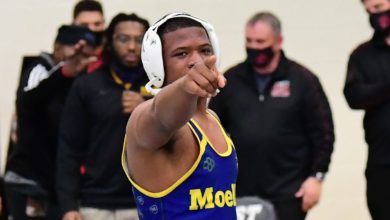 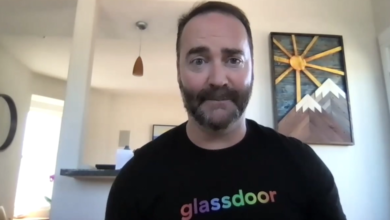 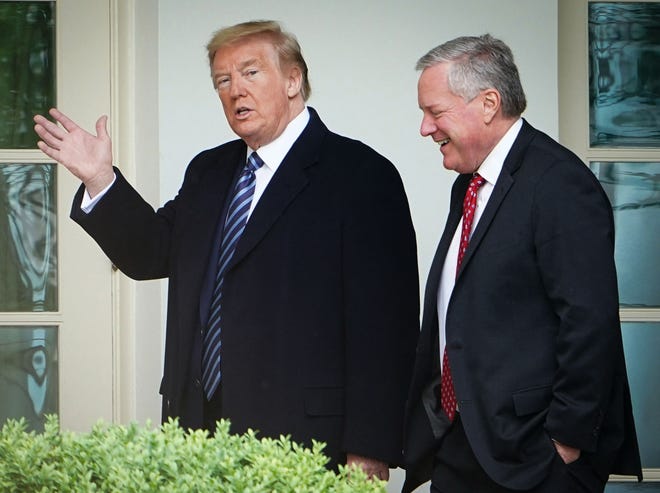 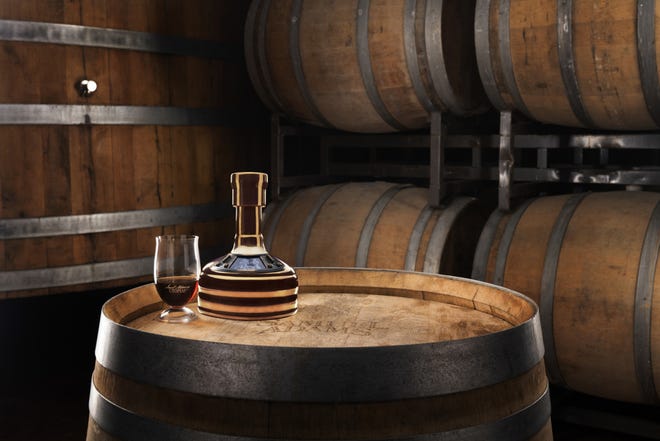