California will soon overtake New York as the state with the most coronavirus-related deaths. The most populous state in the nation's COVID-19 death toll was at 44,494 late Tuesday, closing in on New York’s 44,969 deaths, according to Johns Hopkins University.

The grim news comes as California health officials lift regional stay-at-home orders across the state, even as most counties have a widespread risk of infection and transmission. It also comes as the Golden State struggles with its vaccine plan and contends with a new variant that appears to have originated in the San Francisco Bay Area.

But hope is on the horizon: The numbers of COVID-19 hospitalizations and intensive care unit patients have steadily declined since early January. More mass vaccination sites are opening, including Levi's Stadium near San Francisco on Tuesday, and California has put insurance giant Blue Shield in charge of a more streamlined vaccine rollout.

USA TODAY is tracking COVID-19 news. Keep refreshing this page for the latest updates. Sign up for our Coronavirus Watch newsletter for updates to your inbox, join our Facebook group or scroll through our in-depth answers to reader questions.

►The U.S. Food and Drug Administration on Tuesday issued emergency use authorization for a COVID-19 therapy from Eli Lilly that combines two monoclonal antibody drugs, giving doctors another option to help high-risk patients.

►Oregon Gov. Kate Brown announced Tuesday that 14 counties, including the Portland tri-county area, will be moving to a lower risk category as COVID-19 cases decrease in the state — allowing restaurants to open for indoor dining and gyms to increase capacity.

►After weeks of vaccine distribution being largely limited to hospitals, health systems and local health departments, COVID-19 vaccines will roll out Friday at major pharmacies throughout the country, including the nation's two largest chains, CVS and Walgreens.

►Greece’s prime minister says a new lockdown in the greater Athens region will close all schools and most shops beginning Thursday through the end of February.

? Today's numbers: The U.S. has more than 27.1 million confirmed coronavirus cases and 468,000 deaths, according to Johns Hopkins University data. The global totals: More than 106.8 million cases and 2.33 million deaths. More than 62 million vaccine doses have been distributed in the U.S. and about 43.2 million have been administered, according to the CDC.

? What we're reading: Dollar General, McDonald's and Olive Garden have announced incentives for their workers to get vaccinated for COVID-19. But most employers haven't followed their lead. Should they? Read the full story.

World Health Organization investigators said Tuesday that they would no longer pursue research into whether the coronavirus leaked from a lab in Wuhan, China.

Peter Ben Embarek, a food safety and animal diseases expert, announced the decision during a press conference to wrap up a visit by an international team of WHO experts to the city where COVID-19 was first identified in December 2019.

Embarek said there was not enough evidence to support a hypothesis that the virus escaped from a Chinese biosafety laboratory in Wuhan – the Wuhan Institute of Virology – and that the WHO stood by its previous determination that COVID-19 most likely entered the human population through an intermediate animal.

The WHO team has spent several weeks on a fact-finding mission in Wuhan. Experts from 10 nations have visited hospitals, research institutes and a wildlife market tied to the outbreak. However, WHO's field work and other activities in Wuhan have been closely monitored by Chinese officials and security officers, and Beijing has repeatedly resisted called for a completely independent investigation into the origins of the virus.

Variant cases in US spike by 73%, with Florida leading the way

The number of known coronavirus variant cases in the U.S. has surged 73% in the last week alone, according to figures from the Centers for Disease Control and Prevention released late Tuesday.

The country now reports 944 cases of variants that spread more easily, bypass treatments and immunities, or both.

Nowhere has the increase been more noticeable than in Florida, which now has 343 cases of a fast-spreading variant – up from 201 cases reported during Sunday's Super Bowl, which was hosted in Tampa. Florida now has more than twice as many known variant cases as any other state, with California a distant second with 156 cases, up six from Sunday.

The vast majority of the country's known variant cases, and all of Florida's, are of the B.1.1.7 variant, which was first detected in the U.K. and has run rampant there. The CDC has said it may become the dominant strain in the U.S. by March. Last month, U.K. researchers said there's evidence the variant may be more deadly than others, and it's  also considered at least 50% more transmissible than the original strain.

The Biden administration will begin sending coronavirus vaccines directly to community health centers as it boosts distribution and reaches out to underserved communities, the White House announced Tuesday.

At least one center in every state and territory will get vaccines as the program ramps up to include 250 of the more than 1,300 such facilities in the country. The participating centers will receive a combined 1 million doses, starting as soon as next week. In later phases, vaccines will become available to all community health centers.

“This effort … really is about connecting with those hard-to-reach populations across the country,” said Marcella Nunez-Smith, who heads the COVID-19 health equity task force. That includes the homeless, residents of public housing, migrant workers and people with limited English proficiency.

The majority of the patients served by the centers are living at or below the federal poverty line. Most are also minorities, according to the administration.

Betty White turns 100 and is inviting fans to celebrate

The defining moments of the Cincinnati Reds recent run

Betty White turns 100 and is inviting fans to celebrate

The defining moments of the Cincinnati Reds recent run 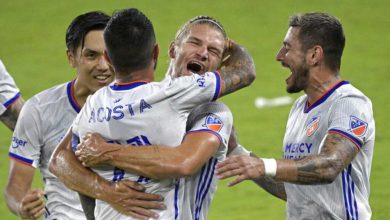 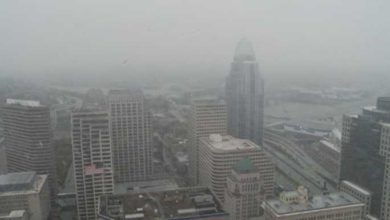 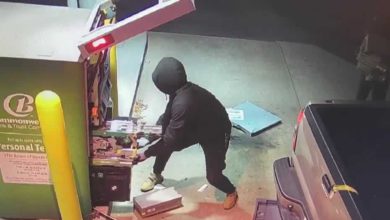