WOODLAND PARK, N.J. – As clergy abuse lawsuits proliferate across the U.S., a growing number of priests who say they were falsely accused are pushing back — by suing their accusers, investigators and even church officials.

The list includes the Rev. Roy Herberger of the Catholic Diocese of Buffalo, New York. Last year, he filed a defamation case against a 42-year-old man who said the priest had assaulted him as a boy.

The diocese cleared Herberger after a six-month investigation, but the experience was devastating, he said.

"I felt abandoned, embarrassed and betrayed," Herberger said in an email. "It was difficult for me to leave the shelter of my apartment lest I be seen by others who might recognize me and tag me as 'one of them.' "

Catholic leaders from the Vatican to America have acknowledged a long history of abuse by some clerics, too often excused or even covered up by top officials.

But as the church vows to be more transparent, some innocent priests have been swept up in the accusations as well, defense attorneys say. New laws in New Jersey and elsewhere lifting the statue of limitations on decades-old claims have made it more difficult for the wrongly accused to defend their reputations, they say.

"In my view, it's unconstitutional to put people under a microscope" after so many years have passed, said James Porfido, a criminal defense attorney in Morristown. "It shifts the burden of proof to the defense."

More than 240 lawsuits have been filed against New Jersey's five Roman Catholic dioceses since Dec. 1, 2019, when a new law extended the statute of limitations for sex abuse cases. That followed a 2019 report by the dioceses identifying 188 priests who had been "credibly accused" of sexual misconduct.

For subscribers:Hundreds of NJ priest sex abuse suits hint at victims' pain. Here are some of their stories

COVID vaccine update:Looking for that second vaccine shot? Here's how the rollout is going in NJ

A victims compensation fund set up by the church in New Jersey has meanwhile paid settlements to 311 people who agreed to forgo litigation, totaling more than $35 million.

Advocates for abuse survivors say false accusations happen but are extremely rare. They fear that the trend toward defamation suits will scare away legitimate cases.

"It takes great courage for victims to come forward, and these lawsuits are often intended to intimidate the victims into further silence," said Robert Hoatson, a former priest and victims' advocate from West Orange.

"All accusations must be investigated carefully, and occasionally one or two bogus claims will be unearthed," he said. "However, the vast, vast majority of claims will be found credible, and this must be the focus."

The available data suggest false claims are uncommon but not unheard of.

The most recent annual report released by the U.S. Conference of Catholic Bishops found that for the 1,787 allegations received between July 1, 2018, and June 30, 2019, that did not meet a threshold for credibility, 1% were determined to be false, 37% were unable to be proved and 16% were "unsubstantiated," meaning investigators could not prove one way or another that they occurred as claimed. Another 46% were still being investigated.

In a landmark 2004 report by the John Jay College of Criminal Justice that looked at 5,681 cases investigated by diocese and religious communities, 1.5% were found to be false and 18% unsubstantiated.

Many cases against priests are "forever left in the cloudy world of 'unable to be proven' or 'investigation ongoing,' " said Dave Pierre, a Massachusetts author who has written four books and a blog about the issue. With many accusations dating back decades, "witnesses and evidence may be nonexistent."

In New Jersey, the Paterson and Camden dioceses said they were unaware of any false allegations made against their priests, while the Metuchen Diocese acknowledged that there have been some unsubstantiated claims over the years.

A spokeswoman declined to say whether the Newark archdiocese was aware of any false claims, saying it was “inappropriate” to discuss specific cases. “The possibility of a false claim — and any resulting damage it may cause — serves as a reminder of why all allegations are taken seriously and reviewed thoroughly,” Maria Margiotta said via email.

One Metuchen priest — Monsignor Raymond Cole — who was accused of child abuse in the 1970s, was cleared by a church tribunal after a two-year suspension and reinstated in 2015. The diocese declined to offer further details.

Statistics on defamation suits filed by clergy are hard to come by. But priests have gone to court or settled such cases recently in San Diego, St. Louis, New Orleans, Omaha, Nebraska, and Youngstown, Ohio, according to published reports. Attorneys say more are coming.

Defamation claims are often "the only defense against allegations that are very old with little or no proof" beyond the word of accusers, Porfido said.

In Detroit, the Rev. Eduard Perrone filed a defamation lawsuit against a local investigator after the archdiocese removed him from the ministry in 2019 based on sexual abuse allegations dating back four decades. He won a $125,000 settlement against a Macomb County sheriff'sdetective who, according to attorney Christopher Kolomjec, fabricated a report of a rape claim against Perrone.

Kolomjec said his services have been in demand from priests around the U.S. since the legal victory garnered headlines.

The priests are often able to cover the costs of defamation lawsuits with the help of parishioners and benefactors who are "fed up with an environment that fails to properly scrutinize false claims," he added.

Advocate honored:Reviled by Catholic leaders, this NJ activist has helped many victims of clergy sex abuse

Macomb County chief attorney John Schapka told the Detroit Free Press last August that the settlement was "tactical" and intended to avoid the risk of a bigger award if the case went to trial. The detective in question did nothing wrong and merely documented allegations by an accuser who "later changed his mind, for whatever reason."

Despite the settlement, the molestation claims are still under review by church officials in Rome. Supporters at Perrone's former church, meanwhile, have filed what may be a first-of-its-kind suit in the U.S., seeking $20 million from the Detroit Archdiocese for allegedly railroading the priest and causing his parishioners emotional distress. The case was dismissed by a Michigan court but is under appeal.

In Buffalo, Herberger had an unblemished record with no accusations of misconduct during his decades of service to the diocese, according to his attorney, Steven Long.

Then, shortly after the diocese launched a compensation program for abuse victims, he was accused of assaulting a student and parishioner at St. Ann's Church in Buffalo in 1985. The two allegedly met when the boy was around 8 years old and Herberger was helping the boy's father deal with alcoholism, said Long, of Williamsville, New York.

Herberger and his accuser "were never even in the same room together," he said.

A former sex crimes prosecutor hired by the diocese to investigate found too many discrepancies in the story to deem it plausible, according to Long.

Herberger was reinstated by the diocese in December 2018, but still feels the sting of humiliation, he said. He "wants to get his name back. He wants to send a strong message out so this doesn't happen to other people," Long said.

States have cleared the way for more molestation lawsuits in the wake of investigations like a 2018 Pennsylvania grand jury report that revealed decades of abuse by more than 300 priests, as well as a long cover-up by the church. New Jersey and other states subsequently launched their own investigations.

Attorneys for priests say in that climate, coupled with the array of allegations exposed by the #MeToo movement, it's difficult for clergy members to defend themselves.

Before it changed the rules, New Jersey allowed alleged sexual assault victims a two-year window in which to pursue litigation, while those claiming childhood abuse had until age 20. People citing childhood sexual abuse now have until age 55 or seven years after they realized they were harmed.

U.S. bishops, meanwhile, ratified a Charter for the Protection of Children and Young People in 2002 that requires dioceses to report allegations of child abuse by clergy to secular authorities. At the same time, canon law laid down by the church says such allegations much also be taken to the local bishop. If he finds a "semblance of truth," a preliminary review is required and the case is sent to the Vatican for more thorough investigation.

Peter Tilem, a criminal defense attorney in White Plains, New York, said he's been inundated with calls since the new laws have been implemented, but he's turned down at least 10 potential sex abuse clients whose cases seemed "shady."

"The courts are getting flooded with cases, and it's hard to separate the opportunists from the real victims," he said. "There's no barrier preventing someone from saying that someone did something to them 40 years ago and bringing a claim."

Teen’s suit says coaches made him eat pizza despite religion

Teen’s suit says coaches made him eat pizza despite religion

Working mothers feeling the pressure a year into the pandemic 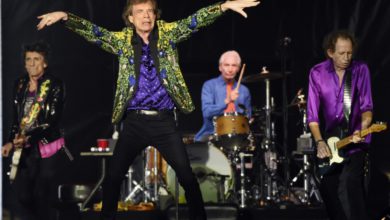 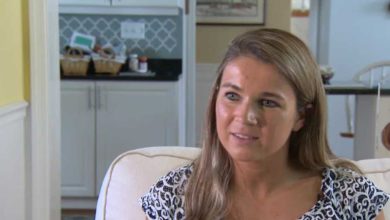 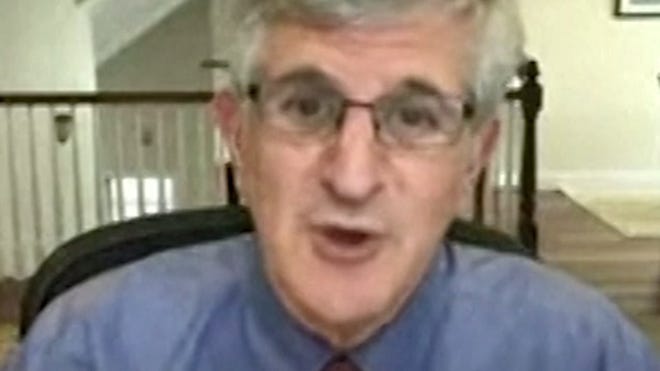 Why COVID vaccine injury claims are an uphill battle for compensation 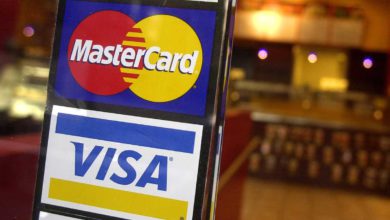 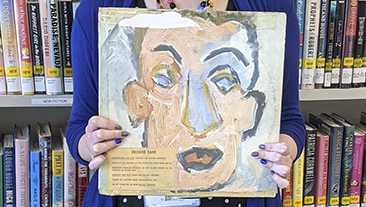 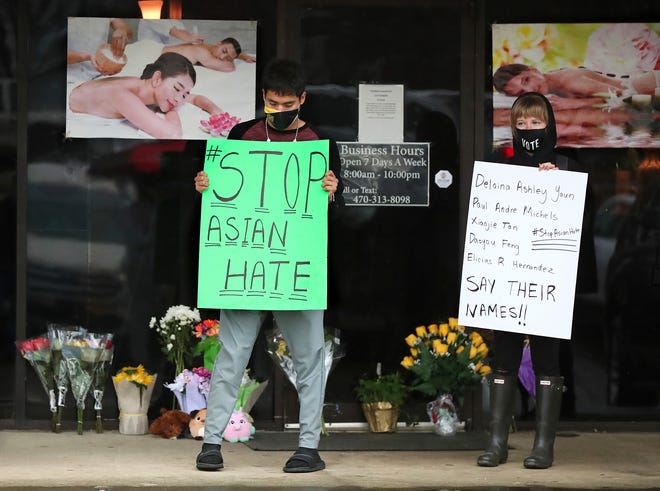