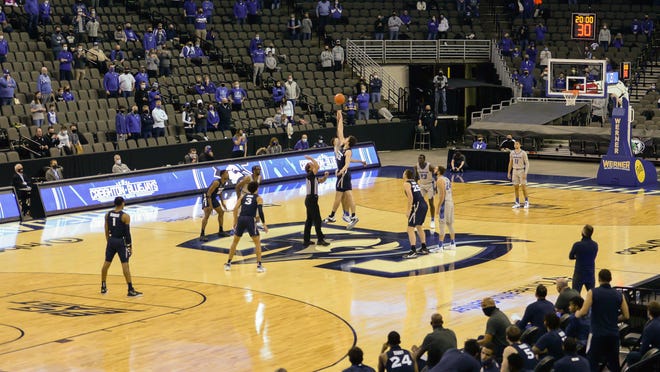 For as comfortable as Xavier's offense has looked early this season, at some point, it was bound to stall, and that's what happened Wednesday afternoon in a 66-61 loss to No. 13 Creighton at the CHI Health Center Omaha.

Even on a night when Xavier's offense was inconsistent for long stretches, the Musketeers still had a late look to tie the game. Paul Scruggs, who struggled to get much going with only 11 points, managed to rattle home a 3-pointer with nine seconds left to cut Creighton's lead to 64-61, and Adam Kunkel followed it up with a steal and a quick 3 from the top of the key – similar to what he did a few days earlier against Marquette – but this one was off the mark and Creighton collected the rebound and finished out the game with a pair of free throws.

"Kunk had a great shot at the very end to tie it and we'll take that shot every day of the week, but we were in that position even though we maybe didn't play well offensively, we stayed in the game because we showed fight, we stuck together," said Xavier head coach Travis Steele.

If nothing else, Wednesday's loss – the first of the season for the Musketeers – was an important lesson for Xavier: sometimes the shots a team gets accustomed to making, don't go in.

Xavier shot 35% from the floor and 25% from 3-point range, both well below its season averages.

"We've got a really good shooting team, but there are gonna be nights where we're not shooting as well, and that's OK," said Steele. "Our defense and our rebounding and our fight's gotta be able to carry us in games like that which I thought our defense was good enough, it wasn't perfect, it was far from perfect, but it was good enough to beat Creighton tonight and it kept us in the game. Our guys, they understand what it takes to win, they do. I feel very confident saying that. They make winning plays; they're gonna fight all the way to the buzzer."

The No. 22 Musketeers looked like they were locked and loaded when the game started, sprinting to a 17-2 run that helped Xavier build a 22-9 lead, but from there on out, it was tough sledding for the offense.

"Our ball movement wasn't as good as the game wore on," said Steele. "Our ball wasn't pinging around the floor like it normally does. The ball got sticky for the first time, quite honestly, in a while for us, and we're a rhythm and flow team. That's how we play."

Xavier entered Wednesday's game averaging more than 20 assists per game, but the Musketeers had only 10 against Creighton and they piled up 11 turnovers to go with it.

Creighton (7-2, 3-1) responded to close out the first half with a run of its own and took a 36-34 lead into the locker room at halftime. Over the final five minutes of the first half, Xavier didn't score, and that drought carried over to the start of the second half.

Turnovers didn't help and neither did foul trouble. Sophomore Zach Freemantle, Xavier's leading scorer, picked up two early fouls and never settled into a rhythm offensively. Freemantle fouled out late in the second half with just seven points and five rebounds.

Steele said he thought about playing Freemantle with two fouls in the first half but ultimately decided against it because of how the game was being officiated.

"I will say, we had some wide-open looks as well and we'll take a lot of the looks that we had," said Steele. "I think we were 8 of 32 from 3 ... I thought we had some pretty dang good looks for Kunkel and Nate Johnson and those guys are some pretty prolific shooters and I told those guys, keep stepping into it, don't hesitate, step into it and knock it in just like you have all year long."

Kunkel went 1 of 6 from deep and finished with seven points. For a while, Johnson looked like the only guy in a Xavier uniform who could get the ball in the basket and he finished with a team-high 12 points.

Steele said, for the most part, his team was getting the shots they wanted, but he felt like they wasted too many possessions throughout the game.

"I thought we wasted about six to seven possessions just because of lack of execution and I don't know if it was because it was our first time playing in front of a crowd or not, I don't know what the deal was because we haven't been that way all year," Steele said. "We wasted probably six or seven possessions, and that's the difference between winning and losing a close game against a really good team. You can't do that."

If there's a positive to take away from the first loss of the season, it's that Xavier hung with one of the best offensive teams in the country on a night when the Musketeers weren't making shots. Creighton came into Wednesday averaging a Big East-best 85 points per game, and the Musketeers held the Bluejays to 36% shooting.

"I told our team after the game, you can't get too high or too low in this league," said Steele. "There's obviously a lot of really, really good teams in our league and Creighton is a tremendous team and I was proud of the way our guys fought for 40 minutes, but we didn't execute well enough to win." 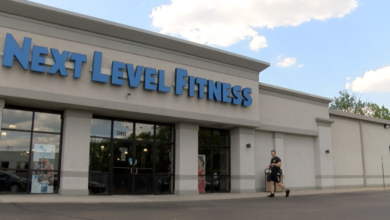 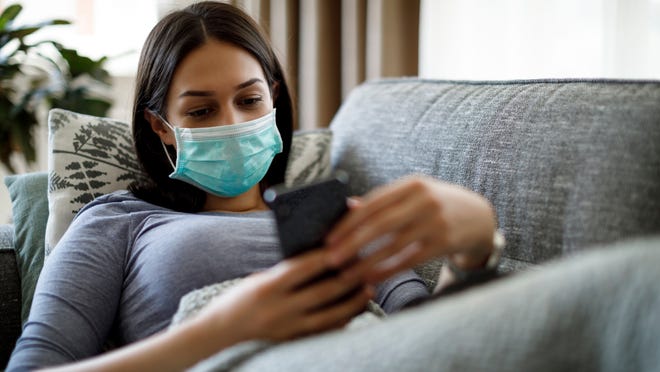 How to soothe symptoms of COVID-19 delta variant 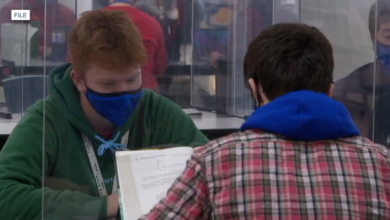 ‘Test & Stay’ program will keep kids out of home quarantine 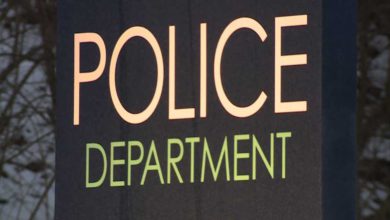 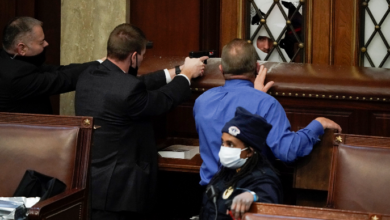