This week, USA TODAY Politics focuses on the run-up to President-elect Joe Biden's inauguration, his remaining Cabinet picks, whether President Donald Trump will sign the COVID-19 economic relief package passed by Congress and if Congress will override the president's veto of the defense bill.

Sen. Bernie Sanders, a Vermont independent and self-described democratic socialist whose strong presidential primary performances have made him the most prominent progressive in Congress, said Sunday he would like to see the incoming Biden administration include voices from the party's left wing.

"That has not yet happened," Sanders said.

"I would like to see strong progressives in the administration who are going to stand up for the working families of this country; who believe that health care is a human right; who believe we’ve got to make sure that public colleges and universities are tuition-free; and that we have to be aggressive on issues like climate change, racial justice, immigration reform.," he added.

Few Cabinet, or Cabinet-level positions, are still open in the incoming administration. Among the remaining jobs are commerce secretary, labor secretary and attorney general.

When asked about reports that U.S. Circuit Court Judge Merrick Garland is the current front-runner for attorney general, the most powerful remaining position, Sanders said, "we could probably have a stronger progressive than him," but declined to comment further "on Biden’s particular appointees."

"You would think that @stevenmnuchin1 would resign, out of principle or protest or just out of self-respect," Conway tweeted. "I'm not even saying this to be critical at this point. It's utterly mystifying to me."

Conway, a co-founder of the anti-Trump Lincoln Project PAC, also retweeted a link to a Washington Post article with the headline, "Mnuchin’s loyalty to Trump could end with painful setback as president shreds stimulus deal."

The article described how Trump's objection to the $600 stimulus checks is "a direct rejection of the $600 checks that Treasury Secretary Steven Mnuchin had personally proposed and negotiated with Democrats and Republicans." And it said that after believing Mnuchin was negotiating on Trump's behalf his "standing with many lawmakers is now in tatters just days before a full-blown crisis is set to occur."

Sen. Bernie Sanders, I-Vt., said Sunday that "everybody assumed – everybody – that Mnuchin was representing the White House." Then, "suddenly," the "pathologically narcissistic in the White House" decided, "'I'm going to jump into the game and I want $2,000.'"

The post characterized Trump's attacks on the bill as "a stunning public broadside against his own treasury secretary, who for four years loyally shielded the president’s tax returns, endured repeated presidential tirades in private, and defended even Trump’s most incendiary and contradictory remarks."

Gov. Hogan: Biden will be president, 'whether people like that result or not'

Maryland Gov. Larry Hogan, a longtime Republican critic of President Donald Trump, said despite the president's unfounded claims the election was "rigged" against him, "Joe Biden is the properly elected president of the United States, whether people like that result or not."

During an interview with ABC News' "This Week" on Sunday, Hogan said the Democratic winner Biden "is the president-elect. He will be sworn in on Jan. 20. And on Jan. 6, which is coming up pretty soon, he will be certified by the Congress."

Hogan, who was one of the first leading Republicans to congratulate Biden on his win last month, acknowledged "there is a lot of disinformation out there" but "we haven't seen any evidence of widespread fraud. And, you know, people feel like there is but they haven't proven it in a court of law."

While Trump is "not going away and there’s going to be a big chunk of the Republican Party that’s going to still follow his Twitter page and listen to what he has to say," Hogan said after Jan. 20, Trump won't be "in the position to exert such influence as he does now."

And though he fears there are "an awful lot of people that want to be the next Donald Trump," Hogan vowed he is "going to be fighting to try to return our party to its roots" to "become a bigger tent party" with "more positive, hopeful visions for the future."

"You don't get everything you want, even if you're president of the United States," said the Pennsylvania Republican, who voted for the bill despite his own objections to some of its provisions.

Trump has denounced the legislation as a "disgrace" for spending he believes is unnecessary, as well as a direct payment to taxpayers of $600 he deems insufficient and would like to see increased to $2,000. Toomey shared some of the president's spending concerns, but said it was necessary to compromise because Democrats control the House and the COVID relief is badly needed.

Toomey did not agree the direct payments should be increased, however, arguing the majority of Americans have not lost income during the coronavirus pandemic. He suggested the president could back the separate Democratic proposal to increase the payments to $2,000 rather than rejecting the package that was already agreed upon.

"We've got a bill right now that his administration helped negotiate. I think we ought to get that done," Toomey said.

He warned Trump's legacy could be defined by his refusal to sign the bill.

Other Republicans also criticized Trump's refusal to sign the bill.

Rep. Adam Kinzinger, R-Ill., denounced "the chaos of the whole thing" after Treasury Secretary Steve Mnuchin negotiated the bill on the president's behalf.

"That was his person at the table. They came to an agreement. I mean, none of us totally like the bill. It's the nature of legislating. You're not going to end up with anything perfect," Kinzinger told CNN. "I don't understand what's being done, unless it's just to create chaos, and show power, and be upset because you lost the election. Otherwise, I don't understand it, because this just has to get done."

Gov. Larry Hogan, R-Md., said Trump "should have weighed in eight months ago" if he had opinions about what should be in the bill.

"Sign the bill, get it done. And then, if the president wants to push for more, let's get that done too," Hogan told CNN on Sunday. "Let's work together in a bipartisan way. It'd be a great way for him to end the administration."

President-elect Joe Biden sharply criticized President Donald Trump’s refusal to sign the bipartisan stimulus bill addressing the economic consequences of the coronavirus pandemic, calling it an "abdication of responsibility" with "devastating consequences" in a statement on Saturday.

"It is the day after Christmas, and millions of families don’t know if they’ll be able to make ends meet because of President Donald Trump’s refusal to sign an economic relief bill approved by Congress with an overwhelming and bipartisan majority," Biden said.

As Trump's criticisms have thrown the future of the relief bill in doubt, temporary unemployment benefits approved in response to the pandemic expired at midnight Saturday.

Biden blasted Trump for allowing the benefits to lapse.

"This abdication of responsibility has devastating consequences. Today, about 10 million Americans will lose unemployment insurance benefits," Biden said. "In just a few days, government funding will expire, putting vital services and paychecks for military personnel at risk. In less than a week, a moratorium on evictions expires, putting millions at risk of being forced from their homes over the holidays."

Trump has insisted the bill should increase direct payments to taxpayers from $600 to $2,000 and that it should remove what he says is spending unrelated to pandemic relief.

ATLANTA – The Democrats running for Georgia’s two U.S. Senate seats each raised more than $100 million over two months, a massive haul that eclipsed campaign contributions to their Republican opponents and reflects the high stakes of the twin contests.

Jon Ossoff, who is taking on Sen. David Perdue, took in more than $106 million from Oct. 15 through Dec. 16, according to his latest campaign finance report. Raphael Warnock, who is trying to unseat Sen. Kelly Loeffler, was close behind with a little over $103 million.

Perdue reported $68 million over the same two-month span, with Loeffler taking in just under $64 million. Three of the campaigns reported their financial data on Thursday. Loeffler submitted hers a day earlier.

The two races will determine which party controls the Senate – and likely how ambitious President-elect Joe Biden can be with his agenda.

The fundraising figures far surpass the record-shattering $57 million that Democrat Jaime Harrison raised in one quarter in his bid to unseat U.S. Sen. Lindsey Graham in South Carolina in November. Harrison lost that race.

And they are in addition to tens of millions of more dollars being spent on the January runoffs by outside groups. Previous campaign finance disclosures for the Georgia races suggest Republican outside groups have a fundraising advantage.

States get more COVID-19 vaccines, but just a fraction have access to two-dose regimen

States get more COVID-19 vaccines, but just a fraction have access to two-dose regimen 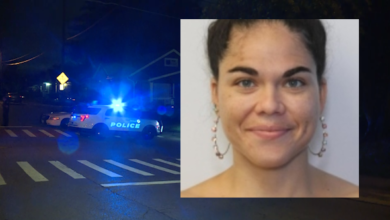 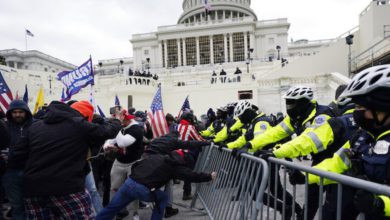 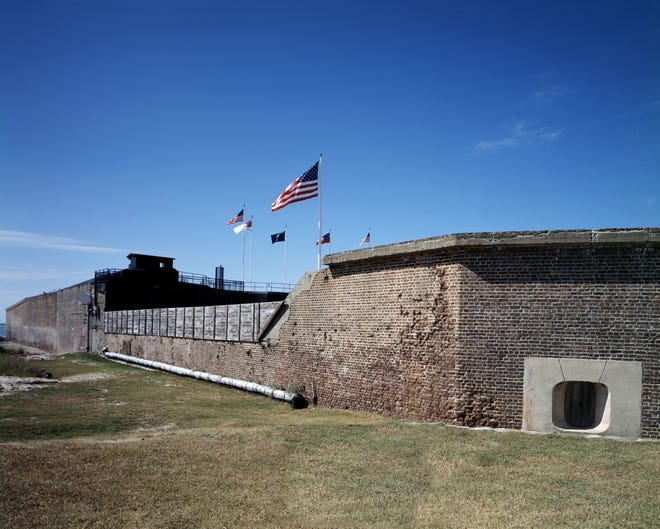 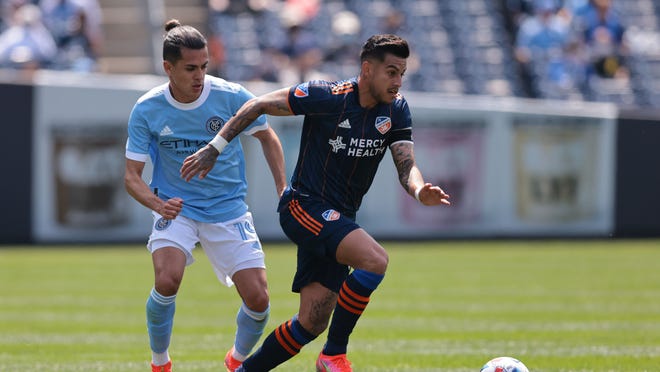 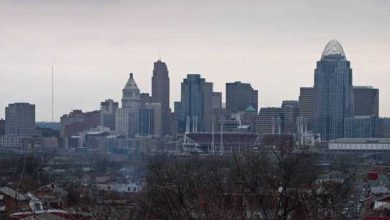