PORTSMOUTH, N.H. – If ever there was a year when we need to hear about a Christmas miracle, it’s this one.

And that’s where Benny, a 14-year-old black cat, enters this story.

Seven years ago, Benny vanished from Nancy and Dave Bryant’s home in Rochester, N.H. The couple had taken Benny into their family in 2011 after a friend’s daughter, who was in the military, needed to find a home for him.

Nancy and Dave are animal lovers. They have a cat, Squeaky; a rescue dog from South Carolina named Maezie; a guinea pig named Lily; and a cockatiel, Henry.

Benny was a loving cat and immediately stole their hearts. But one day, he went outside and never returned. They were heartbroken. They put up posters and searched around their neighborhood and in the woods across from their home, but there was no sign of him.

“We just figured something got him, so we lost hope,” Nancy said.

Though the years went by, the couple never forgot about Benny.

“For a long time, we thought about him a lot, then it was less and less, but not all the time,” Nancy said. “He would creep in our memories every so often.”

Fast-forward to December 2020. A good Samaritan found a black stray cat and brought him to a veterinarian in Portsmouth. The cat was in good health, but as a stray, he was transferred to the NHSPCA shelter in Stratham.

Shelter workers scanned the cat for a microchip and found he had one. But finding the cat’s owner took some pet detective work. The chip was registered to the cat’s original owner, Dave and Nancy’s friend’s daughter, who was in the military. After a series of phone calls, shelter workers discovered that the cat was Benny and that he had been missing for seven years.

“One of the managers was like, ‘You won’t believe this,’” said Kelly Marinel, manager of animal care at the NHSPCA. “We were all pretty choked up about it and in disbelief.”

When their friend called to tell them Benny had been found, Nancy and Dave were stunned. “It took us a few days to believe it, even though he was right here,” Nancy said.

With news of Benny’s recovery, the couple, who are both retired, drove to pick him up.

“I’m tearing up right now,” Nancy said when asked to recall their reunion. “It was amazing. They came out with him in a little carrier. I took him right out and wrapped him up in a little blanket.”

Staff at the shelter snapped photos and watched the couple smile as they saw Benny again. “We were so excited and happy for the owner and the cat to be reunited,” Marinel said.

Nancy held him like a baby the whole ride home. “I sang him a lullaby so he would go to sleep,” she said. “'Hush, little baby, don’t you cry.' I used to sing it to my grandbabies.”

For the shelter staff at the SPCA, the reunion was especially meaningful.

“The majority of stray cats that come in are not reunited with their original home,” Marinel said, adding after a period called a stray hold, they are adoptable. “It’s nice to be able to do the reunion with the original owner that’s been searching for their beloved pet.”

An update on Gunner:Florida puppy rescued from jaws of alligator joins county sheriff's office as a Deputy Dog

The story also highlights the value of microchipping pets.

“Microchips are amazing, because no matter what, the cat has an owner linked to it,” Marinel said. “It’s important to keep them up to date. Sometimes we’ll get cats that are chipped, and it leads to a dead end.”

If someone finds a cat they assume is a stray, getting the cat to a vet to be checked for a chip can help determine if the cat is actually lost or missing from its owner. Dave and Nancy didn’t know that Benny had a microchip and said they were so thankful it helped bring Benny home.

Since he got home, Benny has been extremely affectionate. He’s been sleeping on the bed and seeking out Nancy and Dave.

“He’s tapping me because he needs attention,” Nancy said as she spoke on the phone about their reunion. “He’s laying right here beside me as we’re trying to play cards. He’s just a great cat.”

He’s been to the vet twice, for a checkup and to update his vaccinations, because they have no idea when he was last vaccinated. He has developed diabetes and lost a tooth, but otherwise he is in good health.

“We got him a new bed and we got him a heater. Now we have to find the right food for him” because of his diabetes, Nancy said.

Dave added, “He looks like he’s very healthy, but when you pat him, he’s nothing but bones.”

The couple wonder where he was all those years and how he survived. They are curious about whether someone else had him and he escaped, or if he had been living on his own.

“He’s definitely a fighter,” Dave said. “What a miracle at this time of the year.”

Along with this feeling about their cat, the couple has given Benny a new name, Saint Nick. “He’s not Benny anymore. We just looked at him and said he’s Saint Nick, he’s our little Christmas miracle, especially after 2020,” Dave said.

The couple have gone out only about once a week since the coronavirus pandemic began and know people who have died from the virus. Benny’s return has given them hope in year that at times felt hopeless.

For people who have lost faith this year and hear Benny's story, “I just hope that it makes them happy and I hope that it gives them a light at the end of the tunnel,” Nancy said. “I hope that they just feel good right now.”

Kyle Schwarber homers against Gerrit Cole in wild-card game, like 2015 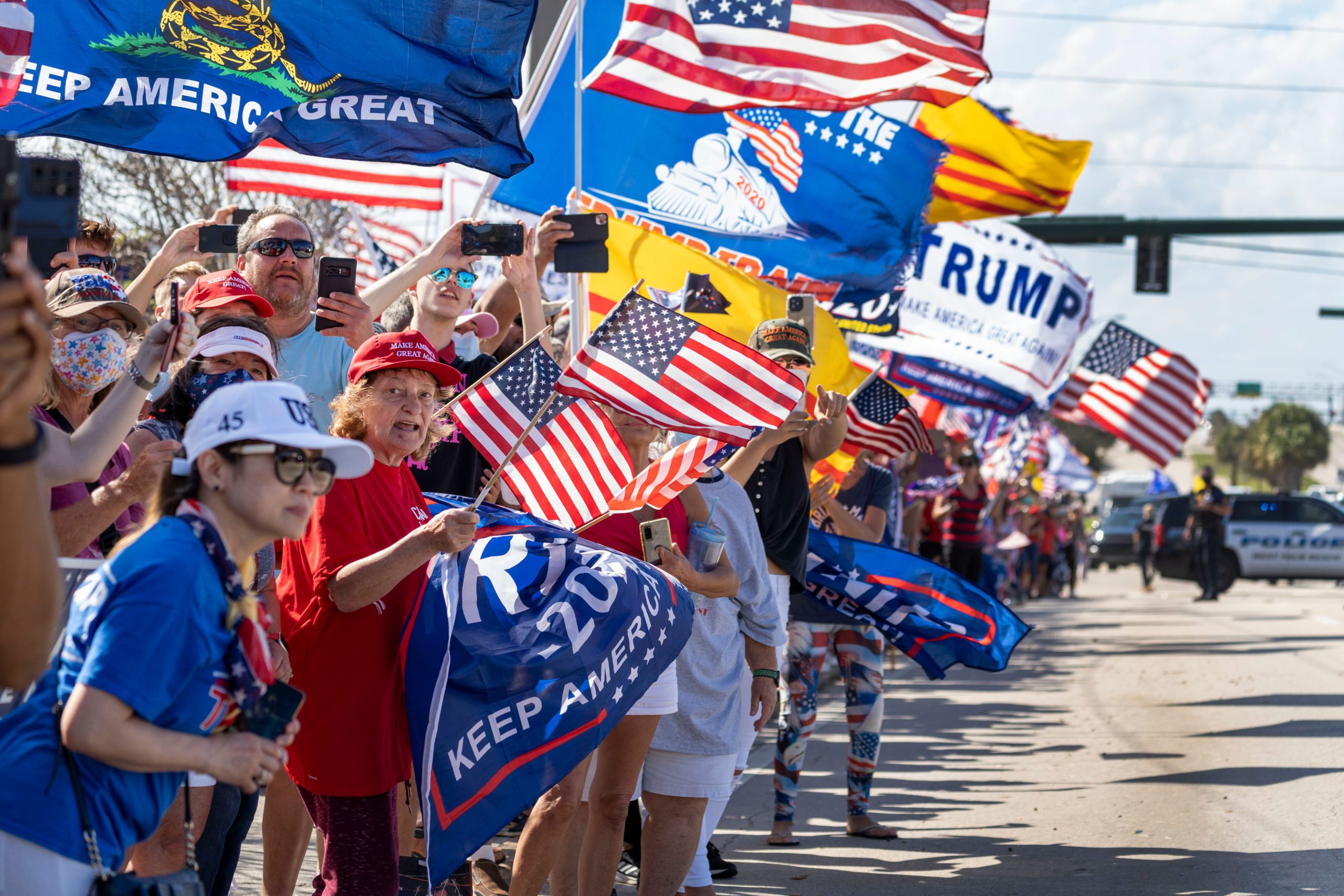 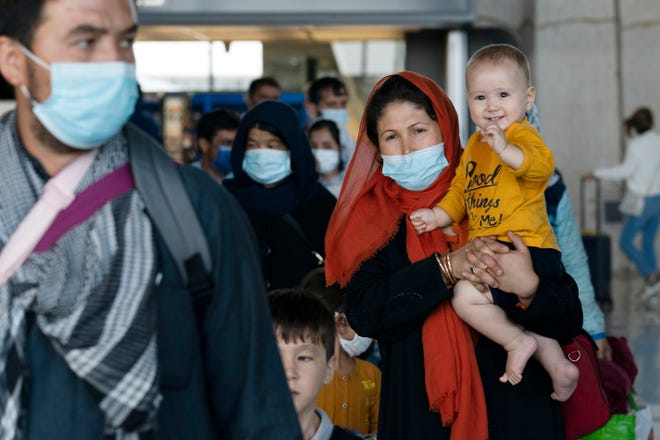 US citizens still there; women’s rights under Taliban 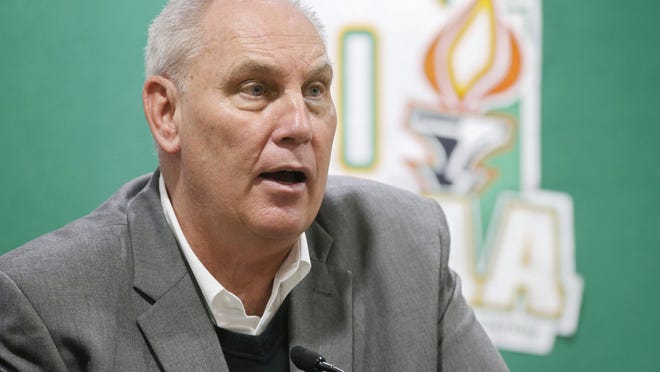 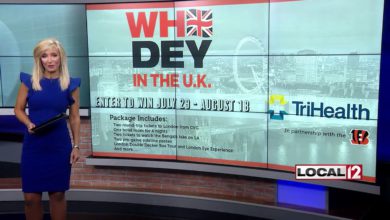 Who Dey in the UK: TriHealth, Bengals partner in raffle to send fans to London