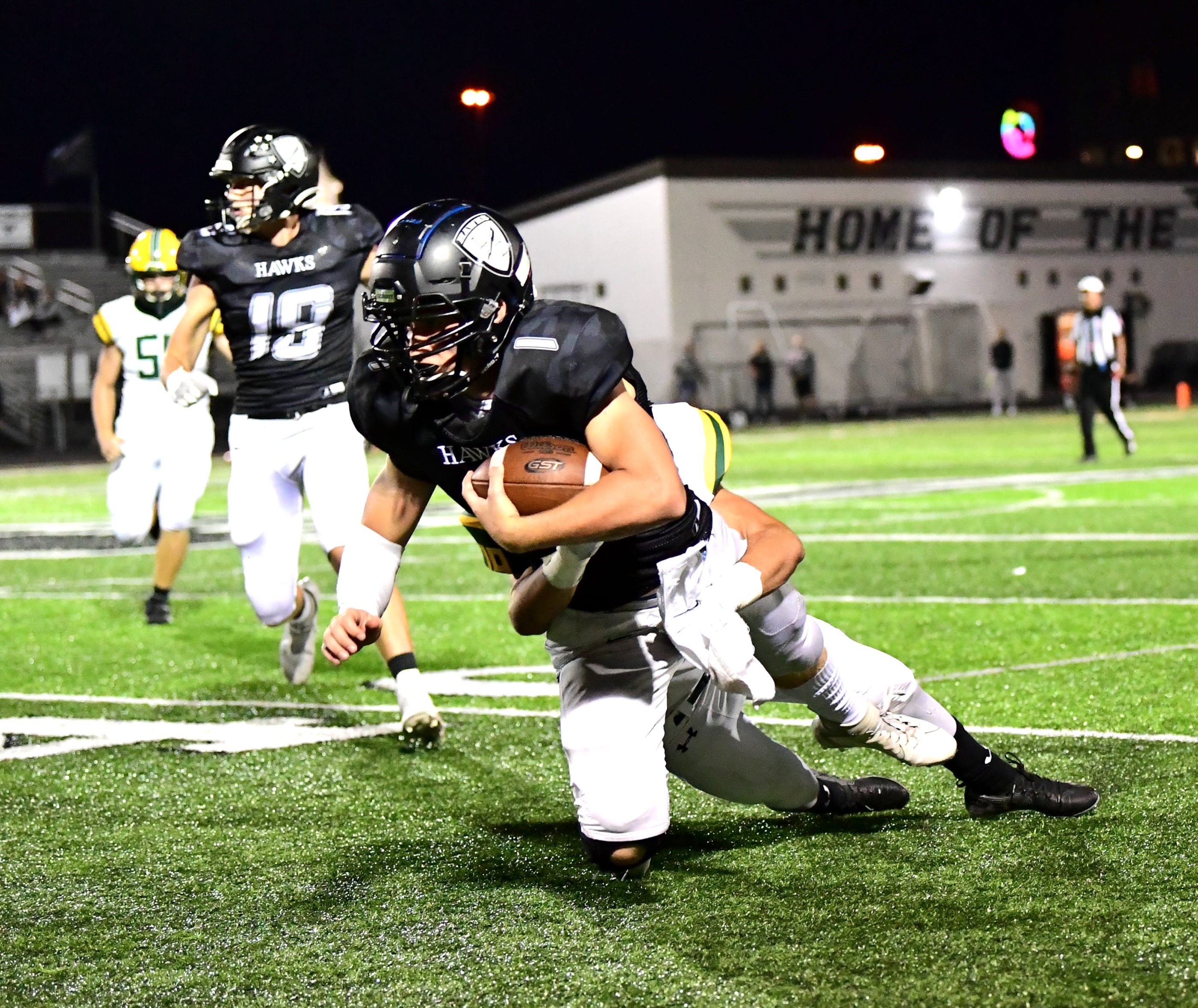 MASON – When it came time, Lakota East leaned on its bread and butter – its imposing rush attack – and Mason could do very little to stop the stampeding Thunderhawks.

“I’d say we put the game on TJ [Kathman], Eric [Davis] and Charlie [Kenrich],” Lakota East Head Football Coach Rick Haynes said. “They did it for us. Charlie played a lot of snaps playing defense a lot, but he’s just a gamer.”

An early miscue had the Thunderhawks facing adversity early, to the tune of a interception, setting the stage for the Comets with excellent field position just minutes into the contest.

Defensively, the Comets played excellent football for the vast part of the first-half. They stood strong against the imposing Thunderhawk triple-option offense -- even halting the Thunderhawks on a handful of potential scoring drives, including a pair of goal-line stands.

Led by Kathman, Lakota East began to find its rhythm late in the second quarter. Davis put the finishing touches on a 13-play, 80-yard drive with just 29 seconds remaining in the second quarter, with Davis punching it in from six yards out. Following a failed conversion attempt, Mason entered intermission ahead 7-6.

From the Lakota East sideline, the last-minute touchdown surely drew a giant sigh of relief. The Thunderhawks committed a number of mental errors in the first half, and to be within a point at the half after such, felt like a moral victory – one which would prove to swing the pendulum of momentum early in the second half.

Oddly enough, the script appeared to completely flip in the second half. Having initially benefitted from a variety of first-half takeaways and defensive stops, Mason found itself on the wrong side of a pair of disastrous series just minutes out of the half.

Lakota East junior linebacker Ethan Evans stripped Sailers clean on the first Mason drive, a fumble which senior Caleb Vanhosser would cleanly scoop and take to the house for a quick Thunderhawk score.

Just when it felt it couldn’t get any worse for the hosting Comets, Mason endured a seeming miscommunication or interpretation on the ensuing kickoff. After allowing the ball to bounce within the 10-yard-line, Mason seemed content to let the Thunderhawks secure the football, as if it were a punt to be downed. Much to the demise of Comet fans (and the benefit of the Thunderhawk fans in attendance), kickoff’s are live balls, and Lakota East took full advantage.

The Thunderhawks secured yet another crucial turnover, this time securing the ball with tremendous field position, beginning at the Mason 9-yard-line. Just a couple of plays later, Davis – who ended with a team-high 114 rushing yards – punched in his second touchdown of the night, this time from eight yards out to put Lakota East ahead 20-7.

Sailers – who ended the night with a game-high 117 rushing yards and two touchdowns – did his best to keep his Comets within striking distance. The junior running back scored his second touchdown of the night to trim the deficit down to just a seven-point margin.

Following a massive stop defensively, the Comets quickly orchestrated another response, this time a four-play, 65-yard drive capped off by a 22-yard strike from junior quarterback Larson Brown to senior wideout Cobi Lewis.

Now knotted even at 20-20, the Thunderhawks calmly went back to their strength, moving the ball methodically and consuming as much clock as possible in the process. Lakota East simply imposed their will offensively, gashing the Comet defense and devouring precious seconds on the game clock. The drive concluded following seven minutes of runs, with Kathman punching in a go-ahead touchdown with 6:52 remaining in the contest.

Trailing 27-20 with time dwindling, the Comets clearly had their backs against the wall in likely four-down territory. Their ensuing drive stalled just near midfield with a fourth-and-eight. The Comets surprisingly showed punt formation on fourth, but the Thunderhawks weren’t fooled. They flashed a traditional defensive look in response and rooted out a desperation fake-punt attempt by the Comets.

The two teams traded a pair of last-minute scores – a 13-yard rushing score by Kathman for Lakota, and a 16-yard connection from Brown to senior Michael Molinar – but the contest was all but decided regardless.

Impressively – and perhaps the story of the night – Lakota East maintained a stranglehold on possession, totaling 34:17 of time with the football, in contrast to 13:09 for the hosting Comets. When allowed to play their brand of football in a close contest, this Lakota East can really wear on you. Down the road, they’ll prove to be a tough out for any team.

Haynes was highly complimentary of his team’s resiliency on display tonight, particularly their second-half effort and surge.

“They played outstanding in the second half,” Haynes said. “The fumble recovery, that scoop and score was huge. Then when they muffed that kickoff and we got it, those are two huge plays.”

With the victory Lakota East (4-1) matches its win total from last season. They’ll look to keep rolling next week at home against Sycamore with a 7 p.m. kickoff. Mason (2-3) on the other hand, will licks its wounds while hosting another tough opponent – the Firebirds of Lakota West. Lakota West enters the contest having won four straight contests.  They’re also slated for a 7 p.m. kickoff. 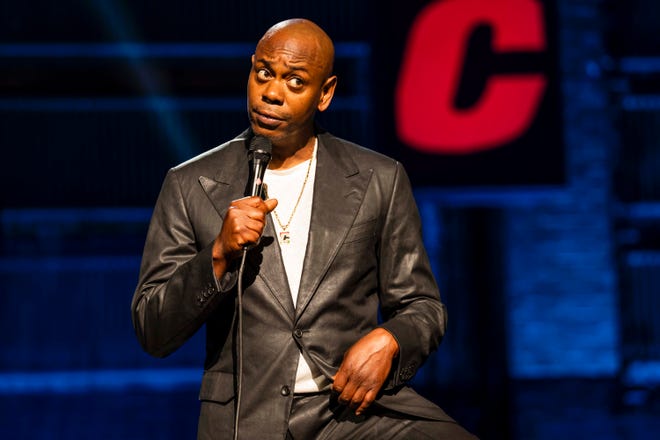 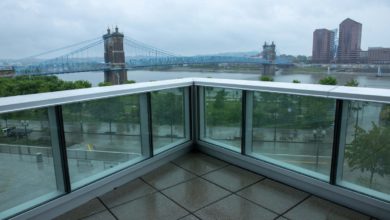 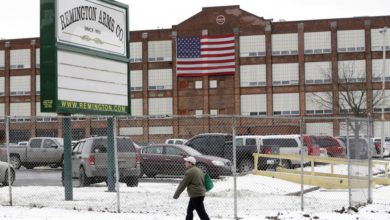 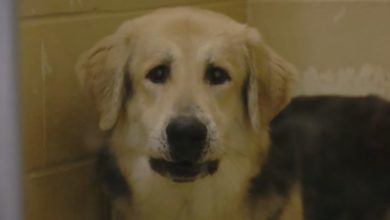 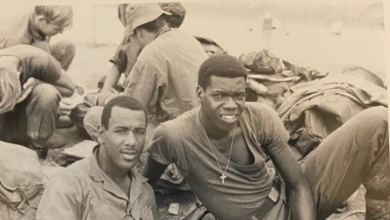 Cincinnati are Vietnam veteran reunited with best friend from war 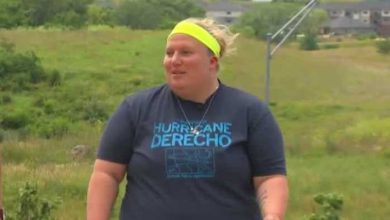