Madeira City Council is taking a hands-off approach to COVID-19 safety protocols in schools now that the Madeira school district is requiring its younger students to mask up.

Madeira City Schools Superintendent Kenji Matsudo said the indoor mask mandate he issued in mid-August for students in prekindergarten through sixth grade was based on the spread of the novel coronavirus in the community and schools.

Matsudo said it was not because a divided city council agreed Aug. 9 to consider mandating masks inside public buildings owned or used by the school district and the city in Madeira.

“The (board of education earlier) approved our plans to be flexible and responsive to the ever-changing landscape of COVID-19,” he said in an email.

“Our plans will likely continue to evolve.”

The school district decided Wednesday to institute remote learning for all fifth graders until Monday, Sept. 20, due to the number of positive COVID-19 cases and the resulting quarantines.

It was Madera City Councilman Brian Mueller who raised the issue of a mask ordinance at the Aug. 9 city council meeting.

At the time, the school district was recommending all unvaccinated students and staff wear masks indoors.

That was even though Hamilton County Public Health updated its guidelines July 30 to recommend that everyone wear masks in public buildings – including schools - regardless of vaccination status or age.

With new state laws effectively turning the county health department’s guidelines from rules to recommendations, Mueller said, it was time council weighed what its role should be in protecting the health of the community.

That includes the elderly, the immunocompromised and children under 12 who cannot get vaccinated, he said.

Mayor Nancy Spencer expressed concern over Covid-19 safety guidelines in the schools and was among four city council members – including Mueller - who agreed Aug. 9 to consider a mask ordinance at its Aug. 23 meeting.

But when the proposed ordinance was presented, Spencer made a motion to indefinitely table it and the other council members unanimously agreed to take it off the agenda.

The mayor said in an email that she did that in part because Matsudo changed the district’s mask policy on Aug. 14 to require that younger students and the teachers and staff who serve them wear masks indoors.

Parents can file for an exemption based on health concerns and religious beliefs and educators may remove their masks “for instructional purposes” if they are vaccinated and socially distanced.

The school district recommends students in grades seven through 12 and the staff who serve them wear masks, too.

'His actions offer a meaningful level of protection to children'

“His actions offer a meaningful level of protection to children not only enrolled at Madeira City Schools but also all those they come in contact with, especially all young children in Madeira for whom there is no vaccination protection.”

While city council did not discuss universal masking Aug. 23, Mueller and Spencer both noted that the U.S. Food and Drug Administration recently approved the Pfizer-BioNTech vaccine for people 16 years old and older.

“Populations over the age of 12 (students and staff) have access to vaccinations, with families able to choose whether or not to seek protection from COVID-19 with a vaccine,” Spencer said.

“That choice is not available to families of children under age 12, creating a higher level of risk.”

'Often have to settle with messy compromise'

Mueller said in an email that he decided there was no benefit now in discussing a more extensive mask mandate because the Ohio legislature has turned the subject into a political matter.

“As with all political matters, achieving perfection is impossible. We often have to settle with messy compromise,” he said.

“It was apparent that enforcement would be practically impossible for a small city of our size and its passage would do little more than public messaging/encouragement, which I think we already accomplished.”

Doug Moormann was among the three city council members to vote Aug. 9 against drawing up a proposed mask ordinance.

He said in an email that he was happy at the Aug. 23 council meeting to table “what I saw an attempted overreach by the council into the decisions of the elected school board.”

Moormann said he also was concerned that the proposed ordinance would mandate masks in three buildings Madeira owns and leases to retail tenants.

“Given the current environment, requiring masks in these retail locations would place these entrepreneurs at a competitive disadvantage,” he said.

“In this regard, I saw the ordinance as a solution in search of a problem,” he said.

“People are clearly at different comfort levels and have different individual and family health concerns.  If someone feels they should mask, do so.”

'Health department recommendations may be confusing to some people'

Matsudo said the mask mandate for young students that he imposed in August is tougher than COVID-19 safety recommendations from Hamilton County Public Health and the Ohio Department of Health.

But Hamilton County Public Health’s guidelines may be confusing to some people, Matsudo said, because they also say the county health department supports universal mask policies should schools choose to implement them.

In addition, Hamilton County Public Health did not update the COVID-19 safety recommendations in its document given schools to reflect its call for universal masking in late July.

The county health department said in a news release then that the recommendations came from the Centers for Disease Control and Prevention (CDC).

Hamilton County Public Health clarified to the news media that it was adopting the CDC’s recommendations as its own.

The recommendations emphasize that schools were included in its mask guidelines, and Matsudo said he was aware of that.

Spokeswoman Amanda Carter says Hamilton County Public Health has widely publicized its support of universal masking to the point that “we have had protesters at the health district because of our recommendation to universally mask.”

How much every NFL stadium cost to build 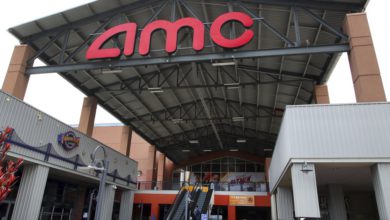 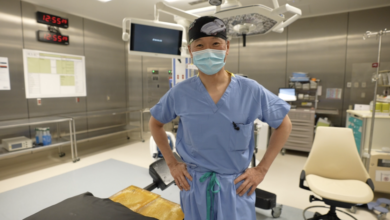 How a Colorado spinal surgeon ended up in the ER 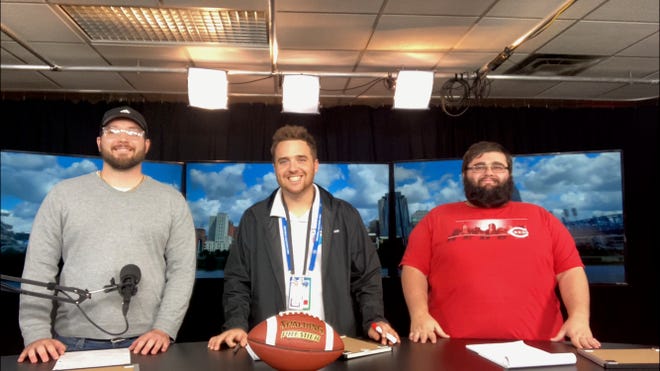 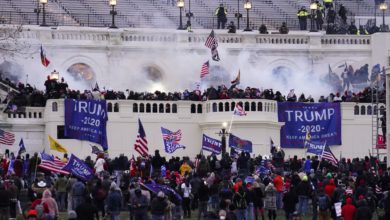 Toughest sentence yet for any Capitol rioter: over 5 years