CHICAGO – There have been times when the Cincinnati Reds have looked flat in the past two weeks and now they’re just trying to keep their playoff hopes from flatlining.

The Reds erased a three-run deficit in their series opener against the Chicago Cubs on Monday, but all that momentum disappeared when Frank Schwindel hit an RBI single through the right side of the infield in the eighth inning.

The result was a 4-3 loss at Wrigley Field in front of a crowd of 27,289. The Reds have lost seven of their last nine games, and nine of their last 13, falling one game behind the San Diego Padres in the wild-card race with 23 games remaining in their season.

The soft September schedule that was supposed to be an advantage has turned into a curse.

"We’ve beaten the best teams," Reds manager David Bell said. "We talk about a weaker schedule, I think that’s pretty disrespectful to the other teams we’re playing. It’s also disrespectful to us because of where we’re going to end up, we will have had to beat every team and overcome a lot of challenges and beat the best teams along the way.

"That’s something I hear. It’s just not something where there’s any reason for us to pay attention to that. We have to go out and play."

With the score tied in the bottom of the eighth inning, Reds reliever Michael Lorenzen attributed his troubles to his changeup. He surrendered a leadoff single to pinch-hitter Alfonso Rivas in a 10-pitch at-bat, unable to throw his changeup anywhere remotely near the strike zone in a two-strike count.

A wild pitch moved Rivas to second base, and he scored when Schwindel hit an opposite-field RBI single on a cutter in a 0-2 count.

"I usually don’t throw my cutter with two strikes, but since my changeup went from being my best pitch to the worst pitch on the face of the planet, I wasn’t able to use it there," Lorenzen said. "I generally don’t throw my cutter with two strikes because it’s a contact pitch, but it’s something I’ve been getting swing-and-miss on. Obviously, the execution wasn’t there.

"If my changeup is anywhere near where it should be, he doesn’t see that pitch anyway. This whole outing came down to just not having a changeup."

The Reds, who have struggled against left-handed pitching, broke through against Cubs lefty Justin Steele in the sixth inning. Tyler Stephenson drew a leadoff walk and Nick Castellanos followed with a double to right field.

Steele then hit Eugenio Suárez with a pitch to load the bases and he hit Asdrúbal Cabrera with an 0-2 pitch to end his 10-inning scoreless streak. Cubs interim manager Andy Green turned to reliever Codi Heuer after the first four batters of the sixth inning reached base.

Heuer’s fourth pitch, which elicited a check-swing from Kyle Farmer, skipped past Cubs catcher Willson Contreras. Castellanos, the runner at third base, hesitated for a moment before scoring on the wild pitch, sliding under a tag from Heuer. Suárez and Cabrera didn’t advance on the wild pitch, which loomed large later in the inning.

"There was an opportunity to advance," Bell said. "If Geno would have gone to third, maybe Cabby goes to second. It looked like Geno just kind of froze up, didn’t get a good read on the ball. He’s doing everything he can to get to third base right there. For whatever reason, he just did not get a good read."

Pinch-hitter Max Schrock lined a two-out, game-tying RBI double to left field off Heuer. His double would have scored a second run if both runners advanced on the wild pitch, but the Reds had to settle for just tying the score in the sixth inning.

"That played a part in the inning," Bell said. "It could have been a bigger inning.”

The Reds had only one baserunner over the final three innings against the Cubs' bullpen.

If the Reds would have taken a lead in the sixth inning, Sonny Gray would have remained on the mound. Instead, Mike Moustakas pinch-hit for him with two outs and hit an infield pop-up.

"Tough taking (Gray) out there the way he was pitching," Bell said, "but I really did feel like that was our opportunity.”

Gray bounced back from an ugly start to the sunny, 76-degree afternoon. Cabrera, making his first start with the Reds at first base, committed a fielding error on the first ball in play.

After a groundball single through the left side of the infield, Gray surrendered a three-run homer to Ian Happ. Three batters and a three-run deficit.

Following the three-run homer, it was like a switch flipped with Gray. The movement on his pitches, particularly his two-seam fastball and curveball, froze batters. He retired 15 of his final 16 batters, recording six of his eight strikeouts on called third strikes.

"I just feel like as of late, it’s been one inning where stuff doesn’t really go our way, hits fall together, then they get a timely hit," Reds catcher Tyler Stephenson said. "Just have to keep making our pitches, keep getting our hits and everything will work out. We’re fine."

The Reds have a 47-15 record when they score the first run, but that's been an issue in their recent rut. Reds opponents have scored the first run in 11 of the last 13 games.

The Cubs are on a seven-game winning streak, best in baseball, and the Reds are in danger of dropping their fifth consecutive series.

Bradley Cooper opens up about harrowing ordeal on NYC subway

Bradley Cooper opens up about harrowing ordeal on NYC subway 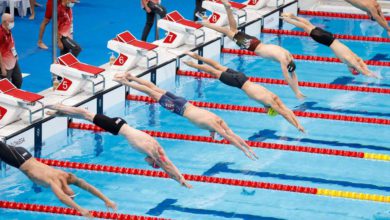 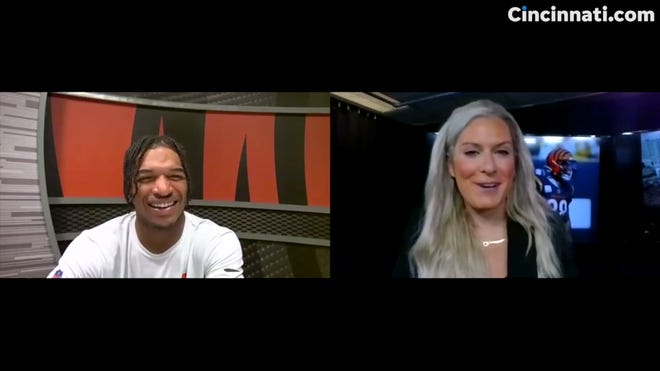 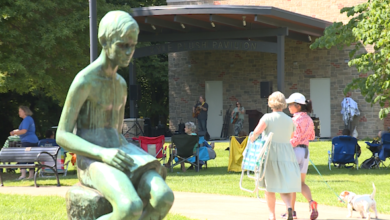 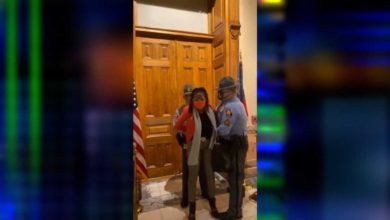 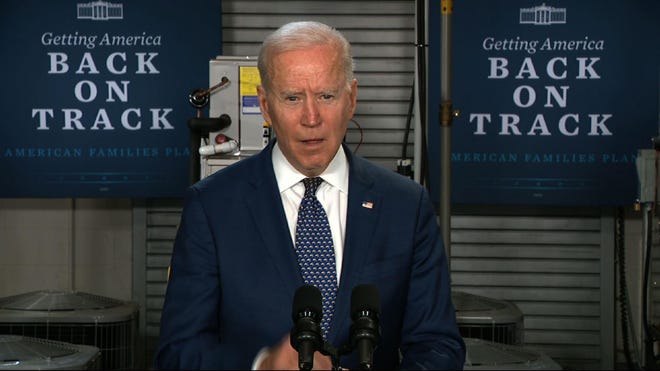 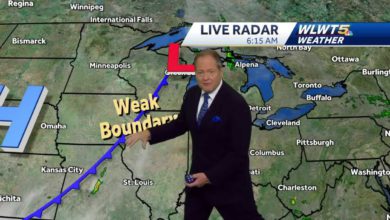 Another warm, muggy day with pop-ups