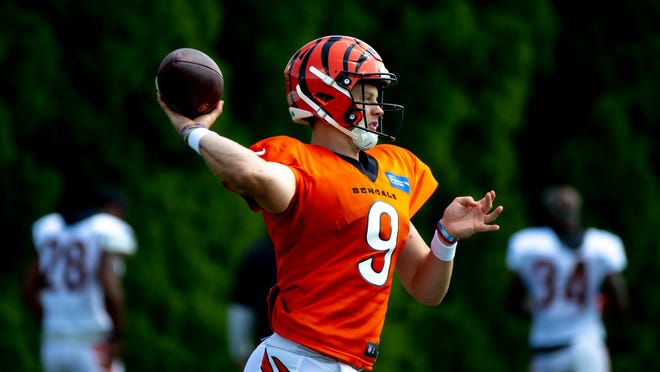 In May, back when Darius Hodge was an undrafted free agent linebacker who was a long shot to make the Cincinnati Bengals out of training camp, defensive line coach Marion Hobby put the linebackers through a pass-rushing drill.

Hobby remembers Hodge twisting his arms, getting under a pad and accelerating toward the spot where the quarterback would be. It was an impressive rep, so impressive that after a few coaches saw it, they brought it up in a coaches meeting.

That meeting ended with a decision that the Bengals would convert Hodge from a linebacker into an edge rusher.

More:Bengals ‘likely’ to be without DE Joseph Ossai for season as rookie underwent surgery for knee injury

Since OTAs, Hodge has become the Bengals' most surprising edge rusher this preseason. During the first two preseason games, Hodge has a sack, three tackles and six quarterback hits.

After rookie edge rusher Joseph Ossai suffered a potentially season-ending knee injury, there’s an opening on the Bengals' first-team pass-rush unit. Due to his strong play in the preseason, Hodge is in contention to fill that role where he would rush the passer alongside the starters, Sam Hubbard and Trey Hendrickson.

Hodge hasn’t been guaranteed a roster spot yet, and his future with the Bengals will likely be impacted by the way he plays on Sunday against the Miami Dolphins. But since May, Hodge has been a player the Bengals were willing to take a chance with.

“Sometimes coaches start pulling players from other positions and try to get them in their group if they think they can rush,” Hobby said. “Hodge showed those traits. Every day we evaluate talent in our meetings and talk about what guys can do and what they can’t do. He showed us he could rush the passer.”

Hodge was a two-year starter at Marshall and earned All-Conference USA recognition during his redshirt junior season. While Hodge sporadically lined up on the line of scrimmage, he was an outside linebacker throughout his college career. In his three years at Marshall, he had 117 tackles and just 15.5 sacks.

When Hodge didn’t get drafted, he said he signed with the Bengals because the coaching staff was honest with him. Then during OTAs, he worked with Bengals linebackers coach Al Golden.

The plan quickly changed. Hodge knew his speed could translate into success at edge rusher, and he was on board with the plan right away.

As soon as Hodge started playing on the defensive line, he began asking questions to Bengals offensive line coach Frank Pollack about how impactful he was off the edge. After practice, Hodge has stayed for extra work on hand placement and technique with Hobby.

Hodge only played with the second and third-string defense in the preseason opener against the Tampa Bay Buccaneers. But after Ossai’s injury, Hodge worked his way up to the first-team defense for the second preseason game. He entered the game on the second series against the Washington Football Team.

“They wanted to see what I can do against the guys we’ll play on Sunday,” Hodge said. “It was a big jump for me, it was different and something I’ve got to get used to.”

When Hodge lines up on the defensive line, Hobby compared him to a sprinter. Just like a track athlete would start out of the blocks, Hodge runs right into his pass rush move. At 245 pounds, Hodge is the Bengals' smallest defensive lineman.

But his speed and his instincts have put him in the conversation for playing time on Sept. 12 against the Minnesota Vikings.

“We’re not making him a Pro Bowler just yet, but he is doing a good job for us,” Hobby said. “He’s obviously getting closer to quarterback, made some plays and done a good job on special teams. He showed up at game time.”

While Hobby has turned a few linebackers into defensive linemen during his coaching career, Hodge is the only player who fits that description on the Bengals. Akeem Davis-Gaither had a similar role as Hodge did when he was in college at Appalachian State, but the Bengals have kept Davis-Gaither at linebacker.

Hodge is the only defensive lineman on the Bengals with experience at linebacker. But as NFL teams across the league look for quicker edge rushers, it was easy to identify Hodge as a better fit as a defensive end than an edge rusher.

“I set it up for the other players,” Hodge said. “When they worry about speed from one player, they’ve got to contain the other rusher. When we all rush as one, it’s a scary sight.”

Hodge will get one more chance to prove he should be on the 53-man roster in Sunday’s preseason finale against the Dolphins. Hodge is competing with Khalid Kareem and Noah Spence for a role on the first string defense as a rotation pass rusher, but likely only two of those three players will make the Opening Day roster.

Hodge has more at stake than anyone on the Bengals roster on Sunday. All he needs to do against Miami is rush the passer. 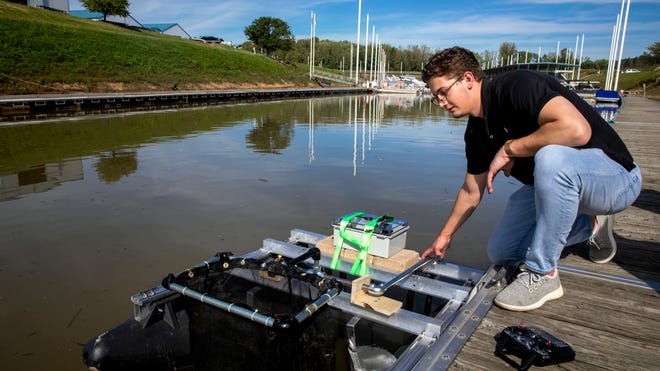 How UC’s 1819 Hub generated a ‘Roomba’ for coastal waterways 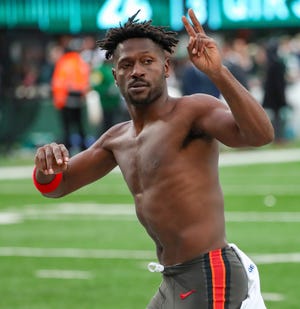 Antonio Brown leaves game, gets dumped by Buccaneers: What we know 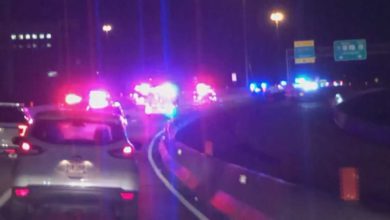 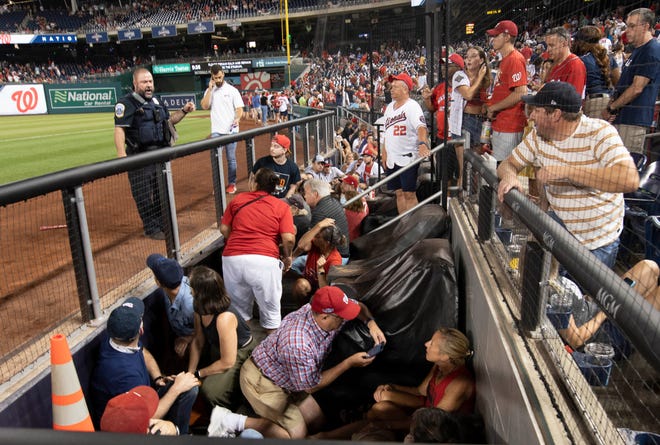 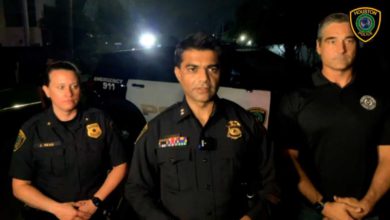