On a summer afternoon, a commemoration starts in La Roquebrussanne, a village in Southern France. After French veterans line the village’s main street, personnel dressed in 1940s military garb walk through the narrow strip.

As the volunteers reach the town hall, they stop.

Moments later, the mayor then lays a floral wreath below a marble plaque fixed on the hall. Engraved in the stone is the name of a soldier and his home: Cincinnati, Ohio.

The soldier is Private First Class Raymond L. Smith, who was shot to death by a Nazi sniper in La Roquebrussanne while liberating the village from German occupation in World War II. While few at home remember Smith, thousands of miles away in France, he has been honored for over 75 years – and will be for years to come.

Following a minute of silence to honor Smith and Private First Class Kenneth Fountain, who died along with Smith, both the American and French national anthems are played.

“I believe, if we are free, it’s because French troops ... but US troops as well were there to free us,” said La Roquebrussanne Mayor Michel Gros.

The commemoration, the mayor explains, soon becomes a lively celebration. More volunteers, clad in ’40s clothes, drive army Jeeps up-and-down the road, honking their horns and waving, catching the spectators’ attention. Schoolchildren are on hand so they learn to carry on this tradition.

“We do not forget,” Gros said. “I believe this [commemoration] is something we have to do.”

A small, agricultural community in southeastern France, La Roquebrussanne was a pastoral paradise before Nazi occupation.

But as Hitler’s army stomped across the continent, La Roquebrussanne's way of life was threatened. Sometime in 1942, the Nazis gained occupation of the village.

“I'm not saying [life during occupation] was easy, [but] it wasn't as bad as what it could have been,” said Gros.

Because La Roquebrussanne was an agricultural village, the citizens didn’t face the same food shortages experienced in cities. But Germans still controlled villagers’ lives, patrolling the community and mandating a curfew.

For two years the villagers lived under the Germans’ watchful eye.

Meanwhile, across the Atlantic, a 21-year-old Smith enlisted in the Army.

The third-youngest of eight children, Smith grew up poor in Cincinnati, south of the East End. His father, John, died when Raymond was only 8. The death seemed to hasten most of the family's children to drop out of school at an early age and work to support the family, according to Raymond's great-niece, Laura Albrecht of California, Kentucky.

Shortly after his enlistment, when the outcome of the war was still very much in doubt, Smith was assigned to the 15th Infantry Regiment, 3rd Infantry Division of the U.S. Army. Soon, he would be on his way to fight.

The Allies had begun the invasion of Axis-controlled Europe by landing on the island of Sicily on July 10, 1943. Smith’s regiment was tasked with taking North Africa and moving into Europe, liberating towns and villages from Nazi occupation in the process.

While stationed in Italy, Smith wrote to his sister, Margaret, a letter Albrecht still has. In the letter, he thanked her “a million” for a package. “Boy them chocolates was really good, and I don’t mean maybe,” he wrote.

He also sent a photo of himself in his uniform.

This would be the last the family knew or heard about where he was before his death.

A few months later, the Allied forces set out on a mission to liberate France.

1944: Allies begin liberation of France, but Raymond Smith is killed by a sniper

The Allied invasion began in earnest in June 1944 when troops landed on the beaches of Normandy. They began their long and costly march to reach Berlin and, ultimately, vanquish Hitler.

The slog took 336 days and included a second push, something called Operation Dragoon, to aid the effort by approaching France through Italy. When the American Army confronted the Germans on France’s southern beaches, the Nazi forces began withdrawing to the Rhone valley.

But not before ordering some German units to stay behind to harass, and, in turn, slow down the Allied advance.

On August 18, 1944, privates Smith and Fountain were part of a detail ordered to do reconnaissance in the village of La Roquebrussanne. Two Germans waited in a clock tower with a machine gun.

Both men were gunned down before the sniper took flight. The rest of the American regiment entered the village without incident.

At the end of the war, Smith’s sacrifice was acknowledged in the Cincinnati Post. But more than 400,000 American military members died in that war, and the nation reeled in its collective grief. Smith’s family tried, but the memory of him slowly faded.

After the war: La Roquebrussanne remembers

But a little French village remembers.

Since 1945, the people of La Roquebrussanne have honored Smith and Fountain on the anniversary of their deaths. That’s 75 years of speeches, ceremonies and parades.

Still, a few years ago, Gros decided that he wanted to do more.

“To me, that wasn't enough, because [I wanted to know] who are these two guys?” he said.

By chance, Gros had met Pierre Pillet, a linguistics teacher in Cambridge and summer resident of La Roquebrussanne. The mayor explained his desire to learn about the American soldiers and Pillet agreed to help. As part of Pillet’s research, he also set out to find the men’s remaining families.

The team found Fountain’s living relatives in a matter of days. From the small city of Plattsburgh, New York, Fountain and his family were well-known in their town.

But finding the right “Smith” in the larger city of Cincinnati was more difficult. In the decades since his death, the French discovered that no one had ever come forward to claim Smith’s body. Sadder, maybe, but after checking records at the Rhone American Cemetery in Draguignan, France, where Smith lies under a simple cross, records show that no one had ever visited the grave.

Pillet and Gros described this discovery as more fuel in their efforts to connect the fallen soldier with his family.

After two years of research and following up a few false leads, Gros and Pillet connected with Albrecht and her siblings.

The story of her Uncle Raymond's service and death had become muddled over time.  Albrecht’s family always thought that Smith had been killed in Italy since that was where his last letter was from. She now thinks that Raymond’s mother was notified of his death in France but did not share this information or make an effort to claim his body.

As a result, no one in her family knew where Raymond had died.

Or where he was buried.

“I was mostly shocked when I saw the plaque. And I couldn't believe it because I had never heard of any of this,” said Albrecht. “And I knew my grandmother didn’t know any of this.”

Albrecht said she felt a sense of pride, followed by an urgent desire to send flowers to her great uncle’s grave. Now, both Albrecht and the village of La Roquebrussanne sponsor the private's burial place.

“It is comforting,” said Pillet, “to think that Raymond is no longer alone.”

Mayor Gros invited the families of both Smith and Fountain to the 75th anniversary of the ceremony. "I wanted to show them that we do commemorate. We do not forget.” said Gros.

The pandemic intervened but only a little.

In the early hours of August 18 last year, Albrecht logged onto a Zoom call to watch La Roquebrussanne honor her great uncle for the first time.

This year, Gros again invited Americans to the ceremony, albeit virtually again. Albrecht will attend again, along with more relatives and friends. Fountain's family will be on hand, virtually, as well.

As for next year, maybe a trip to France will be possible.

In any case, both men are assured of not being forgotten, no matter which side of the Atlantic you're on.

Enquirer asking for your memories 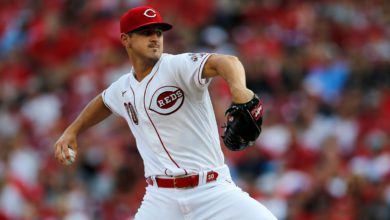 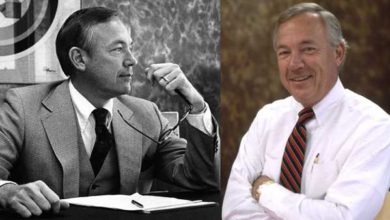 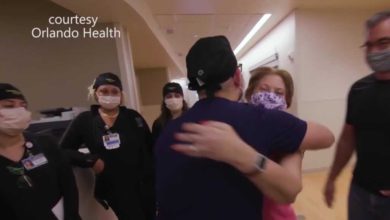 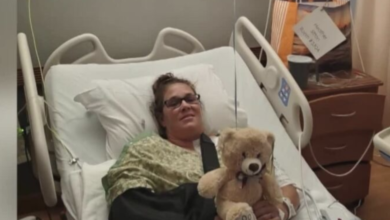 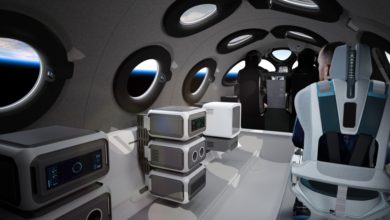