The threat of attacks on civilians in Kabul from Islamic State terrorists has added another hazard to the already chaotic evacuation under way in Afghanistan, two U.S. officials said Saturday.

The larger concern, and the one that had delayed flights Saturday, was finding accommodations for the flood of refugees being flown out of Kabul, the second official said. Both officials were not authorized to speak publicly.

All gates at the Kabul airport were closed Saturday because of a backup at Al Udeid Air Base in Qatar, according to a Defense Department official who was not authorized to speak publicly.

Most U.S. military evacuation planes fly from Kabul to Qatar, and the inability to handle more evacuees there is causing a ripple effect.

Pentagon officials said Saturday they continue to process evacuees from Afghanistan, despite a fluid and dynamic situation at Kabul airport.

“The airport remains secure,” said Army Maj. Gen. William Taylor, deputy director of the joint staff for regional operations. “There has been no reported change to the current enemy situation in and around the airport at this time.”

Current situation in Afghanistan by the numbers

During the previous day, six C-17 military transports and 32 charter planes left Kabul, carrying about 3,800 people, Taylor said. C-17s are shuttling evacuees between Qatar and Germany, to free up space at intermediate locations for evacuees to land, he said. Three flights landed at Dulles in the past day and Afghans will be processed at Fort Bliss, Taylor said.

The U.S. military has about 5,800 troops on the ground, with the 82nd Airborne providing runway security at the Kabul airport, the Army 10th Mountain Division standing guard at the airport and the 24th Marine Expeditionary Unit assisting the civilian departure.

U.S. military and diplomatic officials offered slightly mixed messages Saturday to Americans wondering whether to travel to the Kabul airport for evacuation.

The U.S. Embassy in Kabul sent an alert to Americans on Saturday not to travel to the airport without “individual instructions from a U.S. government representative” because of potential security threats outside the gates.

FOR YOU: How to help Afghan civilians at risk of Taliban violence

But Pentagon officials said they continue to process U.S. citizens and others with the proper paperwork through airport gates.

“As American citizens come into the gates, we are continuing to process them and get them to safety,” Taylor said. “I did not say you should come. What I said was that our military forces at the gate have the ability to continue to process those that come to the gate.”

Pentagon spokesman John Kirby described the embassy guidance as “prudent notification to make sure that whatever movement there is done as safely as possible.”

He would not be specific about the security concerns and emphasized that the situation constantly changes.

“I’m not going to get into specific threat assessments,” he said. “It’s very, very fluid and dynamic.”

GRAPHIC WARNING:Video from Kabul shows gunfire, children as Afghans try to get into airpor

The Democratic chairman of the House Armed Services Committee has joined calls to investigate what went wrong in the U.S. withdrawal from Afghanistan.

“The plan to evacuate civilians was wholly inadequate,” Rep. Adam Smith, D-Wash., said in a statement Friday night. “In the coming months, we need to examine why it has happened this way and make sure it never happens again.”

Smith also said the intelligence relied on to guide the evacuation must be scrutinized to determine “whether it provided any clarity regarding how swiftly the Taliban would move in and what our response should have looked like.”

The Senate Intelligence Committee is working with Democrats and Republicans on the Foreign Relations and Armed Services committees to coordinate a series of planned investigative hearings into actions taken by the White House, Pentagon, State Department and intelligence agencies.

But Smith, as Biden has done, emphasized that the immediate focus should be on safely evacuating Americans and allies from Afghanistan as quickly as possible.

The warning about the chaotic conditions at the airport, where thousands of people are waiting to leave, came a day after President Joe Biden said he wasn’t aware of any problems getting from downtown Kabul to the airport.

“We have no indication that they haven't been able to get – in Kabul – through the airport,” Biden said Friday.

Biden said Friday the administration still hopes to complete the military withdrawal by the deadline but would continue until all Americans are out. He also committed to evacuating Afghans who helped U.S. forces.

Kirby said he wouldn’t speculate on whether the window of opportunity is closing but did acknowledge the time pressure.

“I think we’ve been very honest about the fact that we know that we’re fighting against both time and space,” he said. “That’s the race that we’re in right now.”

Kirby said the military continues to have regular communication with Taliban leaders in Kabul.

“There’s a whole panoply of security concerns that we have,” he said.

Biden has said the intelligence community expected the Taliban to take over the country but vastly underestimated how quickly the Afghan government and security forces would give up.

“The consensus was that it was highly unlikely that in 11 days they'd collapse and fall, and the leader of Afghanistan would flee the country,” Biden said Friday. “I made the decision. The buck stops with me. I took the consensus opinion.” 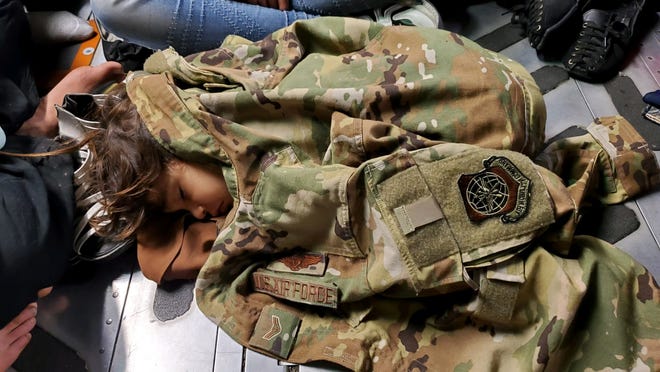 Asked at a briefing about Austin’s recommendation that troops not be pulled out, Kirby said the secretary is comfortable that his voice was heard as the plan was being debated.

“He had an opportunity to provide his best advice and counsel,” Kirby said. “It was a very inclusive, very deliberate process.”

Once Biden made his decision in April, Austin was prepared to follow the orders of his commander in chief.

“He fully supports that decision,” Kirby said. “He’s been very clear about that.”

Biden on the line with other countries

As analysts say the events in Afghanistan may hurt Biden's relationship with foreign allies, the president spoke Friday with leaders of Qatar and Italy to thank them for helping to evacuate U.S citizens from Afghanistan, along with vulnerable Afghan refugees.

'WHIPLASH': Biden told the world 'America's back' but to many, this doesn't feel like it

Biden thanked Amir Tamim bin Hamad Al Thani of Qatar for facilitating talks among Afghans, according to a White House summary. The leaders underscored the importance of close coordination in Afghanistan and the Middle East, as a regional summit in Baghdad approaches at the end of the month.

The leaders of seven countries with the largest economies are expected to discuss a common approach to Afghanistan next week during a virtual meeting, according to a summary. 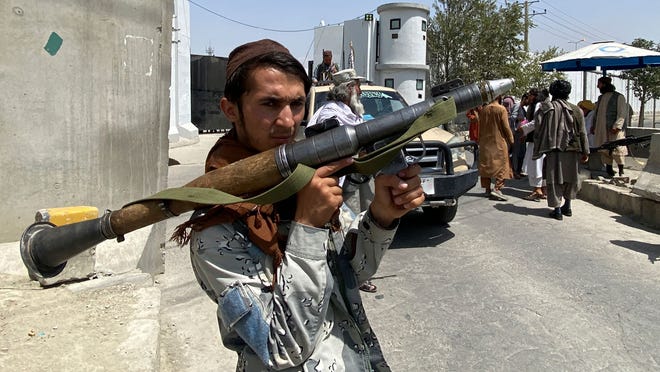 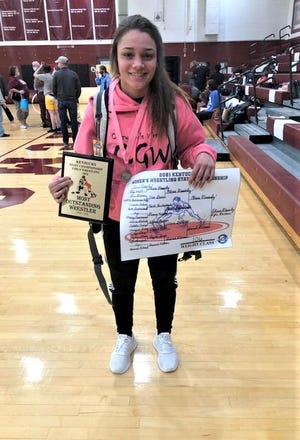 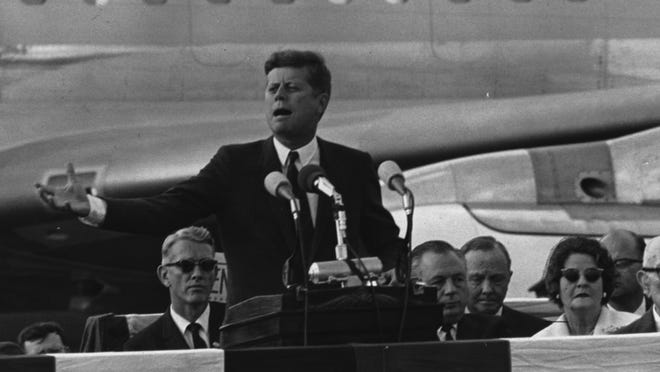 What we know about President Joe Biden’s visit to Cincinnati 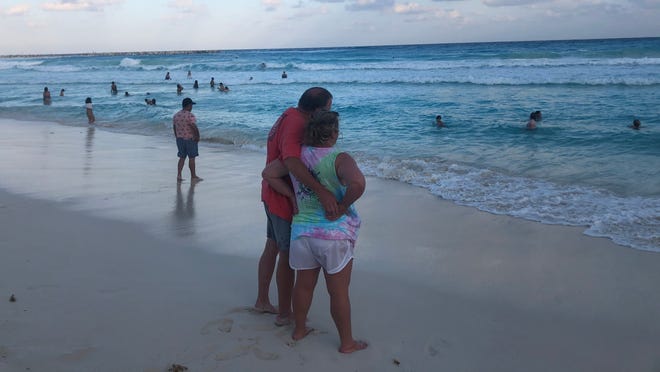 Canadians envious of US vaccination program 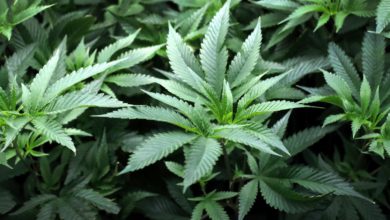 Marijuana poisonings among children are rising 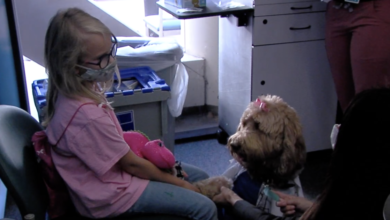 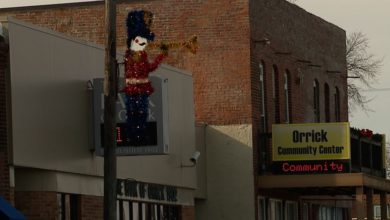