Eleven months after Major League Baseball told its players, fans and executives to scatter, they have returned to Florida and Arizona – tentatively hopeful, relieved there is any baseball at all, wisened by several months of living through pandemic protocols.

Spring training has arrived, and while there is a bit less uncertainty than on March 12, 2020, when the novel coronavirus compelled MLB to shutter for four months, the league will convene at its 30 training camps for a spring like no other.

Perhaps most regrettably, fans will be kept at a distance, reduced to around 20% capacity in most stadiums and discouraged, or barred, from congregating in groups as they otherwise would – on a sunny berm, around a friendly player signing autographs, at a lemonade or beer stand.

The game itself? It’s always changing, particularly in Pandemic Season II. With that, a look at what to watch as pitchers and catchers trickle in, beginning Wednesday:

Can't have too much pitching – really

In recent years, veteran players have lingered on the market well into March, even April. This year, if you’re upright and your elbow’s intact, you probably have a contract.

That’s because teams are hyper-concerned about managing pitchers’ workloads as they ramp up from no more than 13 starts or 84 innings pitched (Lance Lynn led the majors in both categories in 2020) over the 60-game season to the more standard 30-plus starts and, hopefully, 200 innings. What’s more, younger pitchers who might make the big-league roster had no minor-league season, save for time spent at alternate training sites or instructional camps.

A majority of teams will likely deploy a six-man rotation, the better to cut down on both starter and reliever workload. It’s not the most freakish alignment – the six-man look is still standard in Japan – and can also dovetail with other, more progressive pitching alignments, such as the “opener,” piggybacked starters and other ways to creatively cover nine innings.

This year, the 26-man roster will have no restrictions on the number of pitchers carried, which means a deep and constant shuffle of pitchers. That’s why starters like James Paxton (Mariners), Matt Shoemaker (Twins) and Rich Hill (Rays) all found homes in the hours before camps opened. Relievers Yusmeiro Petit and Sergio Romo (Athletics), Justin Wilson (Yankees), Brad Boxberger (Brewers), Blake Parker (Indians), Keone Kela (Padres), and Jake McGee (Giants) only now learned they’re headed for Phoenix or Florida.

And keep a locker ready for Taijuan Walker, Jake Odorizzi, Brett Anderson, Tony Watson, Shane Greene, Tyler Clippard and others. They may have their bags packed by the time you read this.

How will the new-look Dodgers mesh?

The naked eye can’t quickly discern the differences between the Dodgers club that walked out of Globe Life Field in Arlington as World Series champs and the one that will assemble in Phoenix’s Camelback Ranch this week.

Justin Turner is back – but not after the Dodgers waited him out and retained him on a two-year deal, while he flirted with the Brewers and Mets.

Franchise stalwarts Clayton Kershaw, Corey Seager, Kenley Jansen all return – yet face the specter that this could be their final year with the club.

Trevor Bauer has checked in – as the game’s highest-paid player in 2021 and the reigning NL Cy Young Award winner, but also the new guy in a rotation headed by Clayton Kershaw and Walker Buehler. Not to mention the return of David Price, who opted out of the 2020 season.

Joc Pederson and Kiké Hernandez are gone – guys who never started every single day but left their mark on the franchise for nearly a decade, all the way to the end.

In their place, Edwin Rios, Zach McKinstry, Sheldon Neuse, Gavin Lux and perhaps D.J. Peters will aim to recreate the platoon magic that Pederson and Hernandez – who saved the season with a Game 7 NLCS homer – brought to the club.

To be certain, these are all first-world baseball problems – goodness, what are we to do with our seven potentially dominant starters?! – yet will also create interesting camp conditions.

Subtle changes are usually good for championship clubs. The Dodgers are professional enough to handle them. Yet the balancing act of building upon the game’s ultimate achievement while transitioning to a new era begins almost immediately.

Big bucks for a superstar shortstop?

A quintet of All-Star shortstops hitting the free-agent market in one winter is certainly an aberration. And if any of Seager, Francisco Lindor, Javy Baez, Carlos Correa or Trevor Story are to take themselves off the market, spring is the time to do it.

Typically, pending free agents set an Opening Day (or shortly thereafter) deadline for contract negotiations. While all five have come this far that they might as well test the market, there’s a chance at least one of them re-ups early.

Start with Lindor. He indicated an interest in re-signing with the Mets after they acquired him in December, a point in time when new owner Steve Cohen was riding high. Alas, the $14 billion Man struck out on free-agent targets George Springer and Trevor Bauer while enduring the embarrassing resignation of GM Jared Porter after revelations of Porter’s lewd harassment of a woman reporter.

Cohen suddenly has money to spend and goodwill to earn. Signing Lindor would help.

Correa has indicated a desire to return to the Houston Astros, while Story would seem a longshot to extend his marriage with the Colorado Rockies after the Nolan Arenado trade. Seager and Baez seem likeliest to play out the string.

One potential upside of signing early for any of them: Pocketing a large signing bonus now, in advance of any pandemic-related lost wages this year, or a labor-related industry shutdown in 2022.

Can MLB and the union play nicely?

It’s been a nice couple weeks of silence after the union passed on MLB’s offer to delay the season, prompting the league to fire off a statement that made it appear pitchers and catchers reporting on time was a bad thing.

All this before whisper campaigns over collective bargaining talks begin.

The league’s desire for expanded playoffs and the players’ hope for a universal DH won’t go away soon, though the latter’s appeal has diminished now that free agency has largely wrapped up. That doesn’t mean the sides won’t discuss both matters all the way to April 1’s Opening Day, even if it’s likelier they punt the issues to next winter.

The public jousting over pandemic pay and protocols last year was an ugly, unplanned prelude to the main event – the CBA’s expiration in December. Tranquility in 2021 is probably too much to ask for, but we can all hope.

That’s what spring training is typically for, anyway. 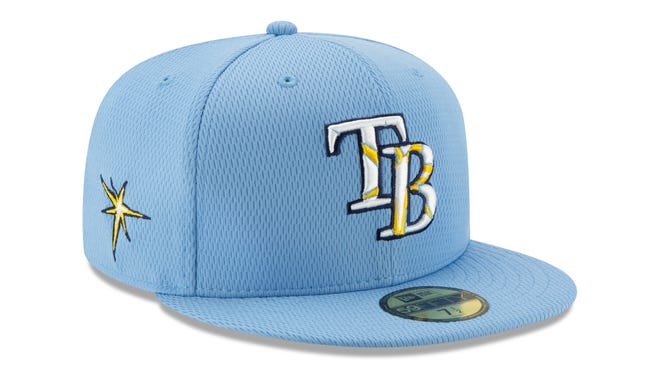 The Indiana Jones of cicadas lives in Cincinnati, and it's crunch time

The Indiana Jones of cicadas lives in Cincinnati, and it's crunch time

Hurry! Our Presidents Day Sale is here: 6 months for $1 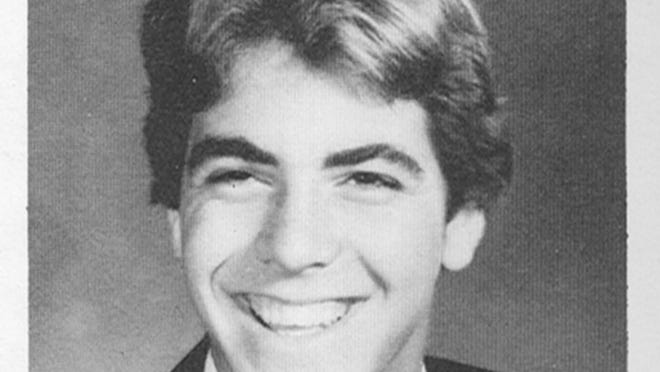 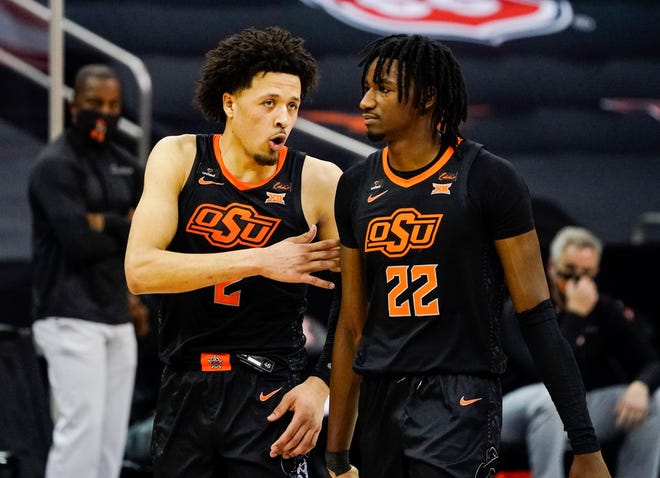 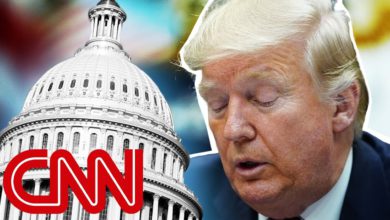 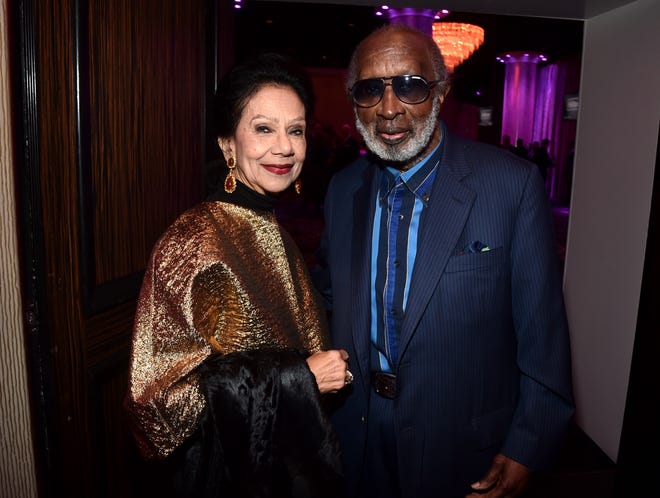 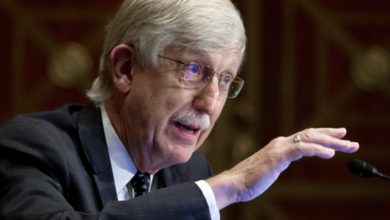 Dr. Francis S. Collins steps down as director of the NIH 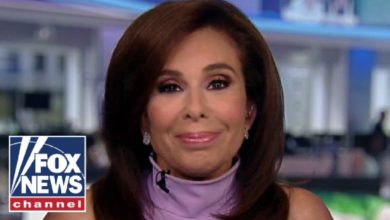