Brian Caswell, owner of Wolkar Drug in Baxter Springs, Kansas, has been eager for his independent pharmacy to help with the COVID-19 vaccine rollout.

He bought a specially equipped freezer for storage purposes, certified additional employees to administer vaccines and bought scheduling software to gear up for the push.

“Everybody stepped up to do everything that the CDC asked,” he said. “The only thing that we couldn’t get was vaccines.”

So far, drugstore giants CVS and Walgreens and big-box stores like Walmart and Kroger have been getting the lion’s share of vaccines from the initial allotment devoted to retail pharmacies, independent pharmacists say.

But community pharmacies, they argue, can play a critical role in delivering COVID-19 shots, so they're frustrated that they aren’t receiving as many vaccines proportionally as major chains are getting from the federal, state and local governments. They say their personal relationships with their customers are crucial to a successful vaccine rollout, and they reject the suggestion that they don't have the technology necessary to handling the scheduling process.

If local pharmacies are left out, that threatens to prevent Americans in low-income communities and people of color from getting vaccinated quickly since community pharmacies are more likely to be located in what the federal government considers to be socially vulnerable areas, independent pharmacists say.

COVID-19 vaccine:Should employers give workers paid time off or other incentives to get vaccinated?

IIHS:These are the safest new cars, trucks, SUVs of 2021

The number of family-owned pharmacies is still significant, despite a decline in recent years. About 1 in 3 of the nation's 60,000 pharmacies are independently owned and operated.

“There’s been, in our opinion, an over-weighted focus on two big chains: CVS and Walgreens,” said B. Douglas Hoey, CEO of the National Community Pharmacists Association (NCPA). “The rollout of the vaccine will not be successful without incorporating local pharmacies into the distribution and administration.”

The CDC did not respond to a request seeking comment. But the agency has acknowledged that since supplies are currently still limited while manufacturing ramps up, “many pharmacies may not have a vaccine or may have very limited supply” for now.

Chain pharmacies have had an edge in the vaccine race from the start, said Arun Sundaram, an equity analyst for CFRA Research who tracks Walgreens and Rite Aid.

“Obviously these larger pharmacies have the infrastructure in place or they can build the infrastructure,” he said. “All of them have been playing a huge role in the COVID-19 testing and now they’re also partnering with the government to administer vaccines.”

In the 63 major jurisdictions identified by the CDC for distribution of vaccines, locally-owned pharmacies were initially allotted shots in only 17, according to the NCPA.

More than half of locally owned pharmacies are based in communities with a “high” or “very high” rating on the CDC’s social vulnerability index.

“Local pharmacies have to be involved,” the NCPA's Hoey said.

Locally owned pharmacies say they can keep up, in part because many of them are able to obtain joint contract language through organizations like the Community Pharmacy Enhanced Services Network (CPESN), which represents the interest of about 3,500 independent pharmacies and provides shared services to them. In its initial rollout, the CDC listed CPESN as one of 21 retail pharmacy partners for distribution of the vaccines, a list that included giants like CVS, Walgreens, Walmart and Kroger

But of CPESN’s thousands of pharmacies, only 82 received vaccines – 100 doses each – in the first week of distribution in mid-February, and none received doses in the second week due largely to bad weather. In the third week, 116 were due to receive more than 35,000 doses, according to CPESN.

To be sure, the CDC does not control all aspects of the rollout. The agency is distributing most doses directly to the states, which then direct doses to retail pharmacies, local health departments and others.

State and local officials appear to bear most of the responsibility for decisions to distribute vials to which pharmacies, said CPESN spokesman Jay Williams. One reason may be because chains often have the most locations and the most recognizable brands.

But local pharmacies that have gotten vaccines are handling the process efficiently, he said.

Some are getting more than others. Drug distributor AmerisourceBergen said it's allocating more than 13,000 doses weekly in the early going to more than 100 independent pharmacies in Texas, Nebraska, Kentucky and Kansas. By comparison, CVS said it's prepared to eventually handle up to 25 million per month, while Walmart said it can handle up to 13 million.

Hoey acknowledged that digital scheduling systems can present challenges for local pharmacies, but he pointed out that even Walgreens’ system temporarily crumpled when it first rolled out. So he rejected the suggestion that the major chains are somehow best suited to handle the situation.

“It is a big challenge for everybody,” he said. But “the technology is there – there’s a number of different scheduling platforms that are available.”

Michele Belcher, owner of Grants Pass Pharmacy in Grants Pass, Oregon, said she carefully surveyed her technology options before selecting scheduling software. She said mom-and-pop pharmacies have been hurt by their image as friendly but too old-fashioned to help in a modern health crisis where millions of doses are sent out across the nation and individual shots are often scheduled online.

“We have some of the best technology that there is out there," she said. "The feedback that I have had is overwhelming on how easy it was to use,” she said, adding that most small pharmacies have robots to help with the packaging or dispensing of medicines and advanced technology for billing customers.

Local pharmacists say they’re more likely than chains to have long-running personal relationships with their customers, making it easier to schedule appointments with hard-to-reach customers – especially at a time when many Americans remain skeptical of the vaccines and need to be convinced that they’re safe.

Those relationships are especially important for Americans who are not able or comfortable with technology to schedule appointments online.

“They may not utilize the technology because they can’t, but they know they have the old-school technology of calling up or stopping by,” Caswell said.

Caswell, who is also currently serving as president of the NCPA, owns four pharmacies in Kansas and Missouri. As of the end of the second week of distribution to pharmacies, two had received vaccines, while the others had not. One of his locations, for example, got 100 doses and administered those in less than a week.

“I feel like the rural areas have been not as high of a priority as the more urban centers,” Caswell said. “If independent pharmacies were treated equally with everyone else, we could take care of entire counties fairly easy.”

In some cases, local pharmacies are getting vaccines because they have good relationships with local health officials.

Belcher, owner of Grants Pass Pharmacy, said her drugstore is proving that local pharmacies can play a crucial role in the vaccine rollout. Due to her established relationships with local health officials, she has been receiving enough vaccines to administer 50 to 75 shots per day.

“It’s been a very positive relationship and I feel very fortunate because I definitely have heard my colleagues across the country talk about that’s not necessarily the relationship that exists in every county unfortunately,” she said.

A lot to gain

There’s a side benefit to pharmacies in the vaccine rollout: foot traffic. If hundreds of millions of Americans walk through their doors to get vaccinated – two times each for the Moderna and Pfizer vaccines – that can translate into sales of unrelated products.

“We think that the direct profits from administering the vaccine – that’s going to be minimal,” Sundaram said. “But the indirect benefits are going to be much larger for these pharmacies.”

Nick Shields, a consumer sector analyst at research firm Third Bridge, said he was recently shopping at a CVS in Rhode Island where he saw this firsthand.

“There were a lot of people who were standing in line for their COVID vaccines who had paper towels in their hands and personal products like shampoo,” he said. “In that sense, it is a big foot-traffic driver.”

Local pharmacies may face another hurdle: Consumers might trust brand-name companies more to handle something as serious as the COVID-19 vaccine, Shields said.

“I think a lot of consumers are much more willing to trust a Walgreens or a CVS than your local pharmacy, as disappointing as that can be in some instances because these are independently owned and family-owned pharmacies,” Shields said.

But local pharmacists say it’s the opposite – and that patients who have gotten vaccinations from them so far prove the point.

“It’s been a very rewarding experience – one I’ll absolutely never forget,” said Belcher, a second-generation pharmacist. “The emotions of the individuals receiving the vaccine – they are so appreciative of the service and hopeful that they’re going to be able to see grandchildren. It’s very moving.” 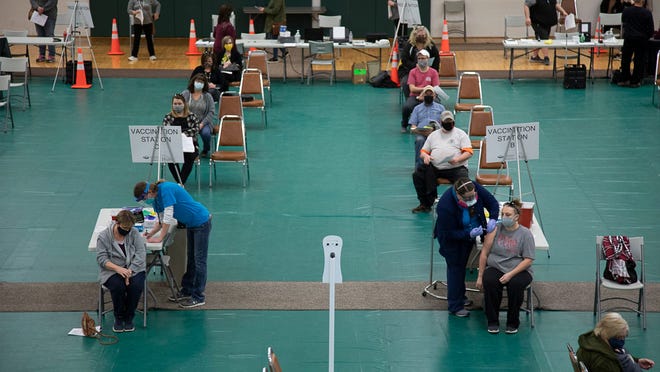 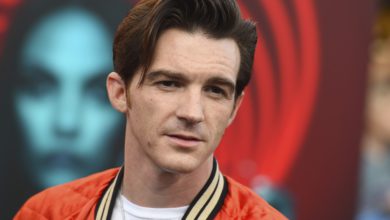 Drake Bell of Nickelodeon’s ‘Drake and Josh’ indicted in Ohio 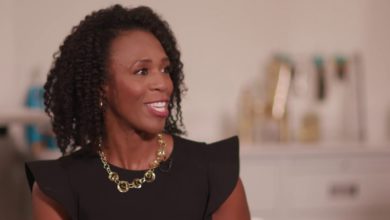 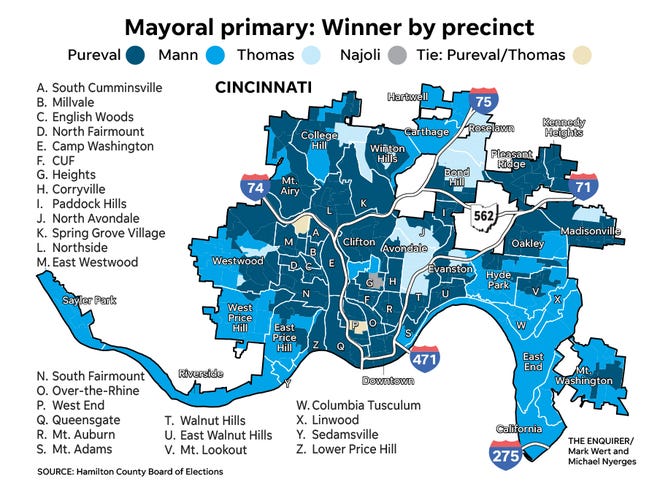 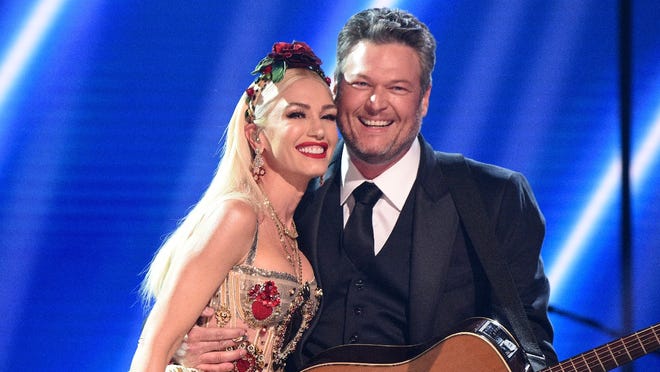 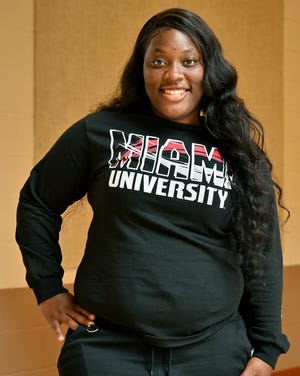 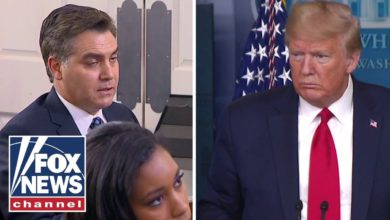