WASHINGTON — A police officer was killed and another injured on Friday when a man rammed his car into a barrier outside the U.S. Capitol; the suspect was fired upon and also died.

The incident triggered a lockdown of the Capitol complex while both chambers were out of session and most lawmakers in their home districts, and came nearly three months after the Capitol Building was under attack by a mob of mostly Donald Trump supporters in the deadly Jan. 6 riot.

The loss of officer William Evans on Friday is a blow to a force that has already faced the death of another officer due to the Jan. 6 attack, Brian Sicknick, and two others who died by suicide afterward.

"It is with profound sadness that I share the news of the passing of Officer William 'Billy' Evans this afternoon from injuries he sustained following an attack at the North Barricade by a lone assailant," acting U.S Capitol Police Chief Yogananda Pittman said in a statement.

Here's what we know about the incident:

Chain of events at the Capitol

At 1:02 p.m. ET on Friday, the driver rammed his blue sedan into two Capitol Hill police officers and continued to hit the barrier on Constitution Avenue.

The suspect then exited the car and "started to lunge aggressively toward U.S. Capitol Police officers while brandishing a knife. At least one of the officers fired at the suspect after he ignored verbal commands from the officers.

The suspect later died from his injuries at the hospital at about 1:30 p.m., according to a USCP statement.

D.C. Police said it received a 911 phone call at 1:05 p.m. about the incident alerting of a potential shooting.

The Capitol Police said the Capitol was immediately placed on lockdown after the incident. An email from USCP sent to Capitol Hill staff at 1:20 p.m. EDT said, "The external security threat located at all of the U.S. Capitol Campus Buildings continues."

Attack on officers leads to one death

Evans, the officer who died from his injuries on Friday, was an 18-year USCP veteran who served in Capitol Division’s First Responder’s Unit, Pittman said.

Terrance Gainer, who served as Capitol police chief when Evans joined the force, described Evans as "a wonderful guy."

"He was held in high regard by the force and Capitol staff," Gainer said. "The officers are crushed, their resilience stretched."

"Officer Evans was often at that barricade when we arrived for work. He was so friendly and professional, and seeing him was always a plus,” he tweeted. “Today is a very sad day.”

The second officer who was injured was transported to a hospital after being struck by the car. The officer is in "stable and non-threatening condition" as of Friday evening, USCP announced. The second officer's identity has not been released.

President Joe Biden said on Friday he was "heartbroken" over Evans' death, and ordered flags to fly at half-staff "as we mourn the loss of yet another Capitol Police officer."

"We know what a difficult time this has been for the Capitol, everyone who works there, and those who protect it," he said.

"We're in their debt," Senate Majority Leader Chuck Schumer, D-N.Y., said in a tweet. "We thank the Capitol Police, National Guard, & first responders for all they do to protect the Capitol and those inside."

Rep. Tim Ryan, D-Ohio, told reporters on Friday that Evans' death is another loss to the "family" of officers, members of Congress and staffers that has become a community since Jan. 6.

Who is the suspect in the Capitol shooting?

Noah Green, 25, was identified as the suspect in the attack, according to a law enforcement official briefed on the inquiry.

People who knew Green told USA TODAY they started to see a change in what he posted on Facebook, including support for the Nation of Islam, an anti-Semitic extremist group, as designated by the Southern Poverty Law Center, and its leader, Farrakhan.

The Southern Poverty Law Center describes the Nation of Islam as a hate group that aims to uplift African Americans but promotes anti-Semitic and racist theology.

Green was born in West Virginia but spent most of his life growing up in a sparsely populated area of Virginia with a large family, including nine siblings, USA TODAY learned through multiple interviews. He was athletic, playing basketball and football growing up.

He graduated from Christopher Newport University in 2019, where he played football as a defensive back, a spokesman for the school in Newport News, Virginia, told USA TODAY.

One of Green's brothers told The Washington Post that Noah Green appeared to have mentally unraveled in the last several years. He abruptly moved from Virginia to Indianapolis and told his brother, Brendan, he was suffering from hallucinations, heart palpitations, headaches and suicidal thoughts.

A few months ago, Noah Green moved to Botswana, his brother told the Post. The brothers kept in contact and at one point, Noah told Brendan that "his mind was telling him to basically commit suicide" and said he'd jumped in front of a car, Brendan told The Post. Several weeks ago, Brendan allowed Noah to come live with him after Noah said he was "in a really bad situation."

D.C. Metropolitan Police Chief Robert J. Contee III said there is no reason to believe he is linked to the Jan. 6 attack, nor that terrorism is involved. Authorities have treated the incident as a "lone-wolf" event, and said Green was not on their radar prior to Friday.

An investigation into Green's motive is still ongoing, Contee said Friday. Investigators are looking to obtain warrants to find out more about Green's background and whether he had any mental-health issues.

Security measures at the Capitol

The event on Friday will also surely renew debate over security measures at the Capitol, which have been ramped up since the Jan. 6 attack, though Friday's incident did not appear to have any connection to the Jan. 6 attack, authorities said.

Two layers of 8-foot fences, topped with barbed wire, were erected after Jan. 6. One fence surrounded the Capitol, while another surrounded the overall complex and blocks of other federal buildings.

The outer fence was taken down late last month, which allowed pedestrians and vehicles closer access to the Capitol, including the area where this incident took place. The incident on Friday occurred at a gated entrance that is mostly used by staff and senators.

Before Friday, lawmakers had decried the idea of the remaining fencing being permanent, further closing off the "People's House" to the public. But permanent barriers have already been a topic of consideration following the deadly event Friday.

More:Friday's attack is the latest violence at the US Capitol, the site of shootings, bombings and riots over the last 50 years

Ryan, who chairs the House Legislative Branch Appropriations Subcommittee, which oversees Capitol Police funding, told reporters Friday after the incident that there would be a review process to determine what appropriate safety measures should be taken going forward.

He noted that it will take lawmakers setting aside their partisan views to come to a solution together.

"I recognize that the fence is a disturbance. It’s an eyesore. It sucks. Nobody wants that there. But the question is, is the environment safe enough to be able to take it down? And in the meantime maybe that fence can prevent some of these things from happening," he said.

"We’ve seen members of Congress who have pointed at that wall and made speeches and sent out emails and fundraised based off of it," Ryan said. "It can’t fall into the other political arguments that we’re having."

Sen. Tim Scott, R-S.C. who was back in South Carolina but had some of his staff in his Capitol Hill office, told Fox News, "To think just about 10 days ago, we were removing the fences that created the border around the Capitol.”

“I’m sure there’s going to be a new conversation about what that looks like going forward,” he continued. 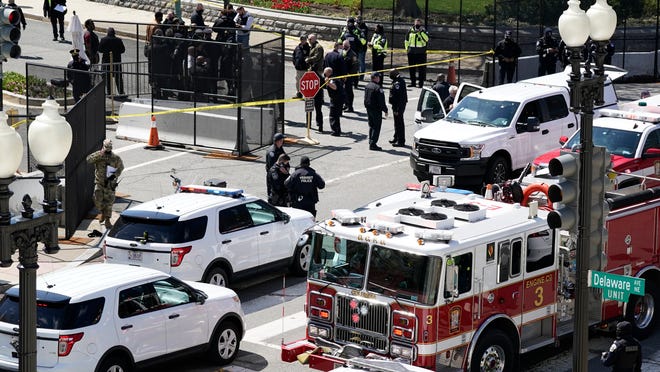 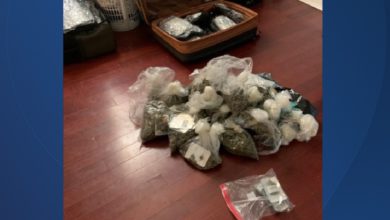 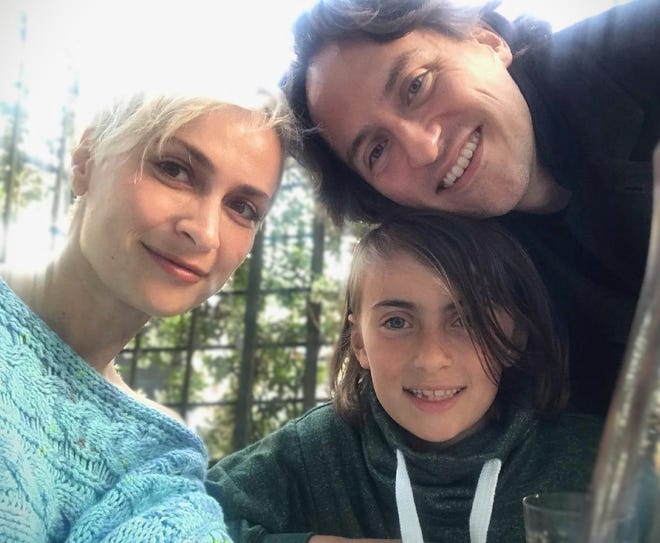 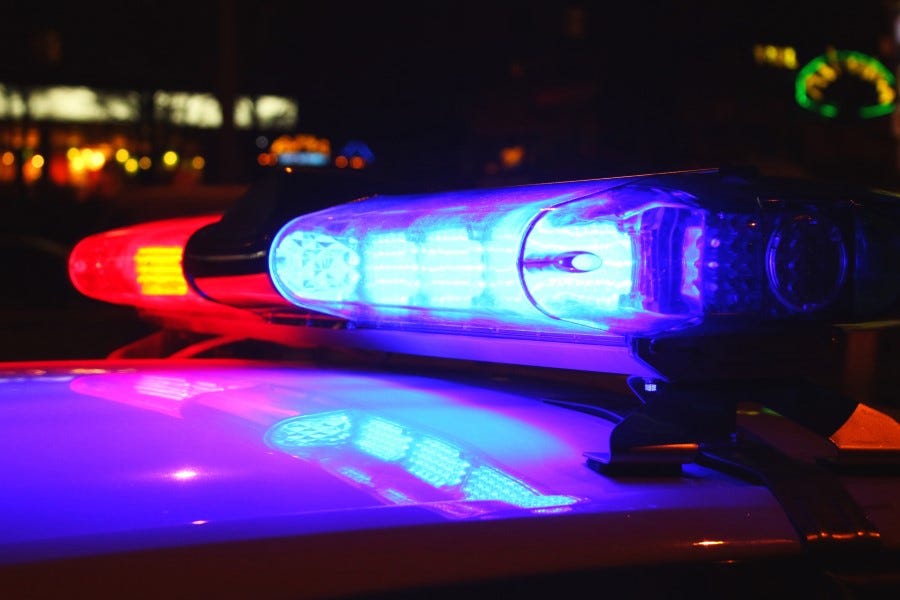 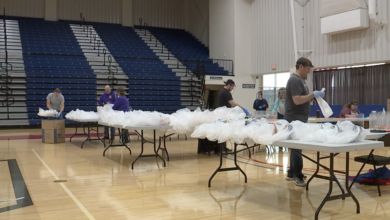 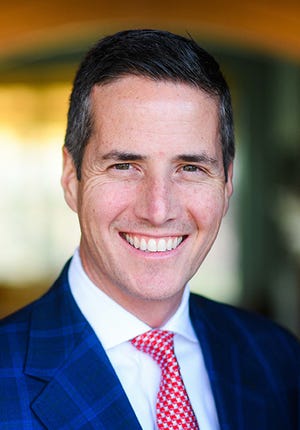 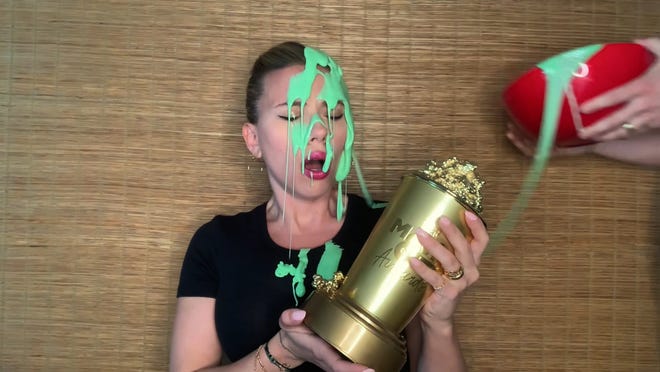