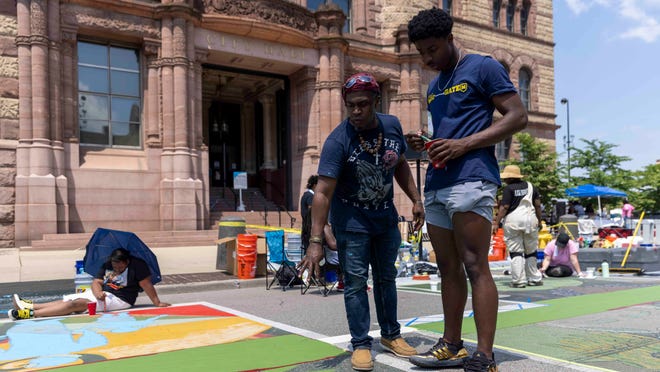 Cincinnati artists have spent the past few days touching up the Black Lives Matter! mural painted on the street in front of Cincinnati City Hall.

And now, just in time for the city's Juneteenth flag-raising Friday, the mural is ready for its close-up.

The collective, Black Art Speaks, repainted and made some changes to the mural, fixes that cost city taxpayers $125,000. That included a special sealant to protect it.

Cincinnati City Council approved the expenditure on May 26, taking the money from city reserves.

In the aftermath of civil rights protests last summer that swept through the country, local artists painted the mural on Plum Street in front of Cincinnati City Hall.

Blessed by Cincinnati city officials and unveiled on Juneteenth 2020 amid singing, dancing, poetry and political speeches, the mural was an internet sensation.

But once the fanfare died down the mural was left to rot. The mural faded and parts of it cracked.

After the Enquirer wrote about the neglected mural, Mayor John Cranley pledged to fix it. Councilwoman Jan-Michele Lemon Kearney put forward the motion to repair it, garnering unanimous council approval.

"The Black Lives Matter! mural represents racial healing in our community," Kearney said. "The messages by the individual artists are thought-provoking and they inspire dialogue among people with diverse viewpoints. The mural presents a safe space for each of us to listen to each other and share our own stories.” 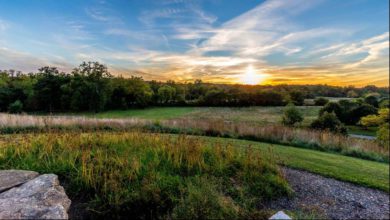 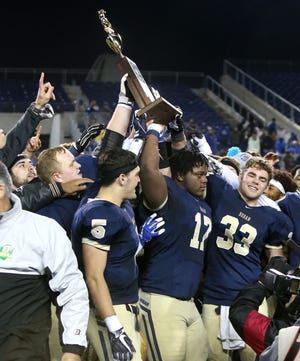 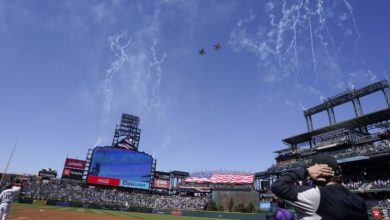 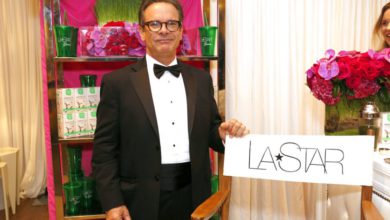 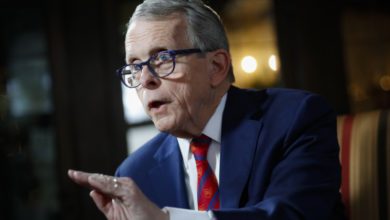