It’s mathematically impossible to win a best-of-five series in Game 1. It’s figuratively possible to lose it, though.

And a quartet of Division Series openers on Tuesday brought a bevy of surprises, heart palpitations and crucial pivot points, for Game 1 certainly and quite possibly for the series at large. Mercifully, the American League will take a day to rest after a Houston Astro made history.

But the defending champions will be fighting for their lives, while the 111-win favorites in the NL will be back at it Wednesday. A look at four things we learned from Tuesday’s Division Series openers:

Astros-Mariners: Down, but never out

It’s been eight years since the Astros began this golden era of baseball and six years of unfettered dominance that’s resulted in five consecutive trips to the AL Championship Series.

And still, the Astros find ways to make history.

Yordan Alvarez became the first player in playoff history to hit a two-out, walk-off home run with his club trailing by multiple runs, a wallop off Robbie Ray capping an industrious comeback and sending Minute Maid Park into delirium.

Justin Verlander and Alex Bregman said they can’t remember much in the haze of victory, just knowing they had an urge to hug Alvarez. Dusty Baker, the 73-year-old manager who can reference Bill Russell or Stevie Wonder as casually as one might talk to their mailman, called the moment “so close to the top” of the moments he’d experienced in his half-century in the game. “I don't know what the top is, but that's very, very close to it.”

But it’s rarely about the opponent.

“It happens in all sorts of different ways. We know that,” says third baseman Alex Bregman, now in his sixth postseason dance. “So we know that we're never out of a game, and keep going.”

Bregman kept going when he cut a 7-3 Astros deficit in half with a two-run homer in the eighth. David Hensley, the 26th man on the roster for this Division Series, kept it going when he milked an eight-pitch at-bat off Mariners closer Paul Sewald, which culminated in a hit-by-pitch on a full count.

And rookie shortstop Jeremy Pena kept it going when he stung a single to dead center field off Sewald.

“I told the young boys, he who relaxes the most, concentrates the most, and is the most determined is the one that usually wins,” Baker said of Hensley and Pena. “At least you can make a good showing.”

They did something far greater than that: They got the game to Alvarez – and apparently got in Servais’s head.

He hooked Sewald for Ray, who rarely appears in relief and was bad in a three-inning outing in Game 2 of the wild-card series at Toronto just two days earlier. Suddenly, this unprecedented feat, this walk-off with the home team trailing 7-5, took on a strange air of inevitability.

Alvarez delivered. And the Astros, once again, won’t be going anywhere anytime soon.

It was a grim inevitability that scarcely caused a pregame ripple: Craig Kimbrel had pitched his way off the Dodgers’ playoff roster.

L.A.’s 111-win regular season gave it the luxury of trying to get Kimbrel right, of handing him the ball in the ninth, his comfort zone, and hoping he’d workshop his way back to viability.

It never happened. And this Dodgers club is so good that whoever handles the ninth inning may, on many nights, be immaterial.

That certainly seemed the case when the Dodgers forged a 5-0 lead and ace Julio Urias retired the first nine Padres.

But the Dodgers lineup did not get a runner on base the last five innings. The Padres pecked away at Urias for three runs in the fifth. The post-Kenley Jansen, post-Kimbrel playoff reality was about to get tested.

Though they wobbled at times, the quartet hung four zeroes on the scoreboard and iced the 5-3 victory.

It started sketchily. Phillips walked the first batter he faced and had thrown 20 pitches before recording an out. But with two on and Wil Myers – who homered earlier – at the plate, Phillips got a huge break when Myers’ 100-mph one-hopper was right at second baseman Gavin Lux, who made a beautiful snare and turn to shortstop Trea Turner for a huge double play.

Eventually, the baton came to Martin, who was a less-renowned member of Atlanta’s Night Shift bullpen last year. He did not join the Dodgers until a late July trade from the Cubs, one that barely caused a trade-deadline ripple.

But the Dodgers, as is their wont, got him right; he posted a 1.46 ERA and 1.13 FIP in 26 games with them after those numbers were 4.31/3.02 in Chicago. His final pitch, to Ha-Seong Kim, consumed a great deal of the plate, and Kim was cursing himself for popping it up even before it settled into left fielder Trayce Thompson’s glove.

No matter. Martin exulted emotionally, just as Vesia and Graterol and Phillips did before him. The order may change on another night. The results might differ, too. But the late-inning committee is successfully in session.

Gerrit Cole’s home run problem did not go away. Josh Donaldson did some dunderheaded baserunning. The bullpen still has a throw-a-dart-and-hope-for-the-best feeling.

But this strange Yankee team – a 99-win juggernaut, a flawed favorite, an indomitable force, a disaster waiting to happen – seemed to find the antidote for its herky-jerky performance and whatever anxiety that might have built up over a five-day layoff – the punchless Guardians.

Oh, Cole gave up his semi-daily dinger, a third-inning solo homer to leadoff man Steven Kwan that gave Cleveland the early lead. But by the end of the Yankees’ 4-1 Game 1 victory, the Guardians’ three-game playoff sample featured this unsettling stat: Shut out in 29 of 32 innings.

Sure, they swept the Rays in two games and were competitive throughout in Game 1 at Yankee Stadium. But they’ve also yet to score by any means other than the home run, and they had to wait 15 innings for one the other day. On one hand, the Guardians looked like trouble coming in, with excellent starting pitching, a fearless bullpen and a contact-friendly offense catalyzed by perennial MVP candidate Jose Ramirez.

Upsetting the Yankees probably meant stealing Game 1, a possibility if Cole was not on point or the Yankee sluggers got too eager against starter Cal Quantrill. But New York waited out Quantrill, pushing across the decisive runs in the sixth inning. And Cole – who yielded an AL-high 33 homers – overcame a high early pitch count and stuck around into the seventh, leaving just eight outs for an out-of-sorts Yankee bullpen to consume.

“Look, it's hard to win playoff games,” says Yankees manager Aaron Boone. “It's certainly really good to get the first one at home.”

Turns out the Phillies’ playoff life wasn’t as charmed as it appeared. Even as they swept the Cardinals in the wild card series, key reliever David Robertson was blowing out his calf while leaping to celebrate Bryce Harper’s Game 2 home run. Not what you want, certainly, especially with the defending champion Braves awaiting in a best-of-five series.

Yet these Phillies have been in any-means-necessary mode for two weeks now.

“Somebody’s going to step up,” manager Rob Thomson said of his bullpen reinforcements.

How about a half-dozen guys?

Robertson’s injury – no longer a surprise to Philly – was exacerbated when No. 3 starter Ranger Suarez could not escape the fourth inning despite being gifted a 4-1 lead. So a Phillies bullpen that’s been a traditional downfall and only recently saw a vast reshuffling of roles was tasked with steering them home.

Never mind that Jesus Alvarado was dispatched to the minors earlier this year. That nominal closer Zach Eflin is a back-end starter tossed into the ‘pen because it aligned with his recovery from a knee injury. That lefty Brad Hand wasn’t even on the wild-card roster and hadn’t pitched since Sept. 20, that Seranthony Dominguez only recently powered his way back into the circle of trust.

They just kept coming, six in all, standing against the inevitable Atlanta onslaught until a 7-1 lead became a 7-6 win and a huge advantage: Top starters Zack Wheeler and Aaron Nola will start the next two games.

Perhaps they’ll take back the headlines and that’s fine. Game 1 was for the working men out in the ‘pen – perhaps no one moreso than Dominguez, who pitched two clean innings and struck out three, bridging the gap from the middle innings into the eighth.

“These two innings today were magnificent,” Thomson said of Dominguez.

Here’s how CVG flights are faring

Here’s how CVG flights are faring 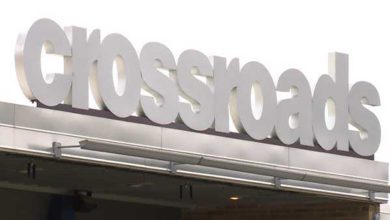 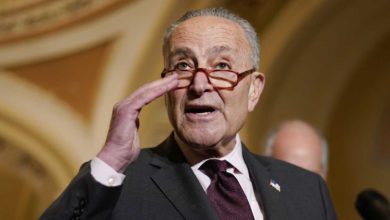 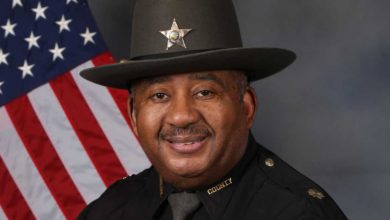 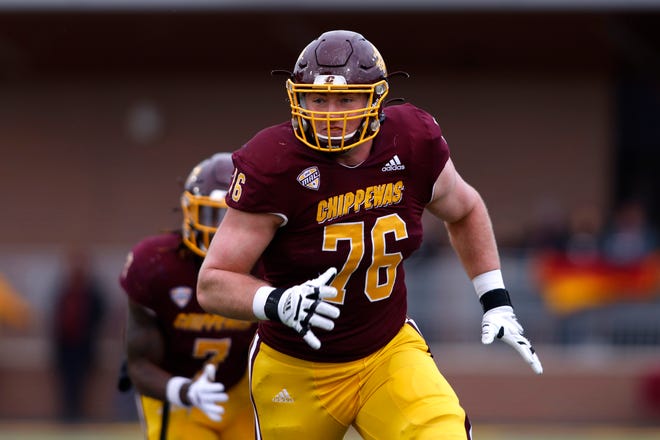 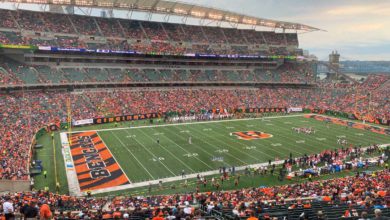 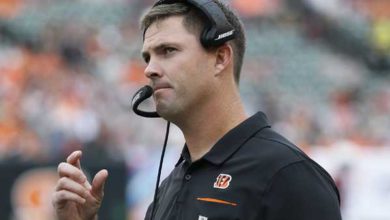 After losses, crucial matchup ahead for Bengals, Browns