With FC Cincinnati overhauling its soccer culture and being led by a first-year head coach in Pat Noonan, there was never going to be such a thing as adding too much Major League Soccer experience in the club ahead of the 2022 season.

Dominic Kinnear and his wealth of first-hand MLS knowledge is about as good of a get as the club could have hoped.

Kinnear is the fifth winningest head coach in MLS history with 170 victories. His fingerprints are smudged on multiple pieces of major silverware as a coach, including back-to-back MLS Cup titles with Houston Dynamo FC in 2006 and 2007.

Kinnear's lived through the evolution of MLS throughout the league's existence, first as a player and then as a coach, and he's demonstrated best practices within the competition at each phase of his career in it.

Suffice it to say Kinnear is exactly what FC Cincinnati needs right now.

But let the value of FC Cincinnati to Kinnear, as well as his years-long appreciation for the club, not be lost in the discussion of the union between club and coach.

In landing at FC Cincinnati, Kinnear wasn't just taking on another gig. Accepting the position ended an unexpectedly long break from having a job in the league.

In fact, 2021 was the first season since MLS launched in 1996 that Kinnear wasn't involved with a club in some capacity.

"I interviewed for the (FC Cincinnati) job two years ago and obviously the club went with Jaap Stam, and I thought it was a missed opportunity and that's why I kept on watching the games, because I felt that I could have helped, so to say, in some capacity," Kinnear told The Enquirer.

"And like I said, I always felt it was a missed opportunity by myself to be involved in something that was gonna be positive in Major League Soccer. There was lots of coaching turnover last year (in MLS). I did interview for a couple jobs and didn't get them, but I wanted to get back in.

More:Here are the players in preseason camp with FC Cincinnati so far

"Last year, professionally, was one of the toughest of my life because you're just kind of sitting on the sidelines waiting and you're putting your ideas together. You're watching and you think you have all the right attributes and characteristics to be able to help a team in one way or another. So, when I saw what was going on in Cincinnati, and Pat and I had been friends for years in one form or another, I just felt I could be in a position to really help him."

After leading the Los Angeles Galaxy as interim head coach in 2020, Kinnear was understanding when newly-pointed Galaxy manager Greg Vanney wanted to bring in his own staff. That's common in soccer.

But then, as Kinnear wasn't selected for the managerial openings he applied for in 2021, the MLS regular season started to bleed into the postseason, and then the offseason.

The calendar flipped to 2022. Time was getting away and somehow Kinnear faced the possibility of remaining on the outside of MLS looking in for a second consecutive year.

"Guys are in different positions. They hire people they're comfortable with, you know, and so, was I worried? Yeah," Kinnear said. "I was worried going into January that I'd be without a job or a club for two years and then you become almost the forgotten man.

"I felt that with my reputation and my resume, I thought I would be back in a job sooner than later. So, as the (2021) season is going on, you just really feel like you're hoping for the phone to ring... it was difficult time. One, because I think I'm a good enough coach that I shouldn't be without a job. I've worked my trade pretty well and had some success, but then when your reality is 'hey, what's going on here?' you kind of have to take a step back and view the landscape a little bit."

The job Kinnear ultimately took at FC Cincinnati was far the one he applied for in 2020.

His current role also wasn't the caliber of job he might have been able to secure had he waited out the job market another six months or so, but he's excited to be at FCC nonetheless

"Going into the Christmas break here and seeing guys getting jobs, I was kind of raising my eyebrows a couple times thinking to myself, 'hopefully, my opportunity comes up. I think I've done enough over the years that I'm not left out,'" Kinnear said. "Thankfully, FC Cincinnati gave me the chance."

It was during the 2019 MLS season that the Galaxy traveled to play FC Cincinnati at the University of Cincinnati's Nippert Stadium, and that's where FCC really caught Kinnear's eye.

Serving as an assistant to Guillermo Barros Schelotto on a hot June night at Nippert, Kinnear marveled at Cincinnati's fan support during the 2-0 Galaxy win.

"It's a happy, go-get'em fan base," Kinnear said. "And even watching the team last year, everyone was more than excited to be in the new stadium even though the team wasn't doing well. Anytime somebody did something positive, fans were up and providing support. So, for me, I was thinking this would be a good environment to be part of."

That put FC Cincinnati on Kinnear's radar, and he began following the club with more than a passing interest.

Fast forward to this past autumn.When Chris Albright hired Noonan to be FC Cincinnati's new head coach in December, Kinnear reached out. The hiring process snowballed – Kinnear and Noonan had crossed paths plenty of times and were friends – and Kinnear was finally back in MLS.

The club formally announced the appointment of Noonan's staff last week, but news of the completion of the staff broke earlier in January.

Now that he's on the job, the 54-year-old Kinnear is nothing if not selfless in his tact as an assistant coach. He described his duties under the 41-year old Noonan as "whatever Pat needs from me."

That includes everything from scouting and video analysis to helping arrange fields for training. Few if any tasks are beneath Kinnear despite the success he enjoyed during his days in Noonan's seat.

A common impression of bringing Kinnear to Cincinnati was that he'd constantly be dolling out wisdom during Noonan's first season in charge of a club, but Kinnear said he doesn't want to speak out of turn.

"I'll be there for him to offer any guidance that I can," Kinnear said. "My role will never change as an assistant and whatever he needs from me, I have to be able to provide. When I talked to Pat, I said 'I think I can help,' and that was it. That's all I kind of said.

"Pat, he's come in very prepared. He's getting his message across in how he wants the team to play, what his expectations are on and off the field... I think everybody looks at it and they say, 'OK, it's a fresh start.' Obviously, we know the team's struggles over the last few years and if you pay attention to MLS you know the history of that. I think it's what Pat can do with this team here in preseason to get it ready for the first game in Austin."

Part of what Noonan, Kinnear and the rest of the coaching staff will have to do in preseason, Kinnear said, is breathe energy and belief into a team that appeared to be bereft of those qualities in 2021.

That will be especially important considering low rate of year-over-year turnover on the roster.

FC Cincinnati currently stands to return 20 players from last year's last-place roster. Regardless of the expected roster moves still to come for the 2022 team, the old guard will still be relied on for significant contributions.

"I've never liked it when people take jobs and then complain about what they inherited because, for me, you have accepted this job, right? So, for you to turn around and start blaming other people and saying everything's wrong, you haven't done your homework," Kinnear said of inheriting the current FC Cincinnati roster. "We have to breathe belief and motivation into these players. That for me is the two most important things because I think in watching the games sometimes – and I don't know because I'm watching the games through a TV – I don't know if they had the belief that they were going to win games. I could be wrong but I think you do that if it's a championship team or a team that's been struggling in the past. The most important thing is you've got to breathe belief back in."

Are tattle tale lines ever helpful? 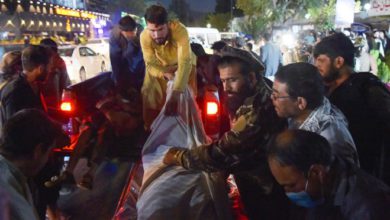 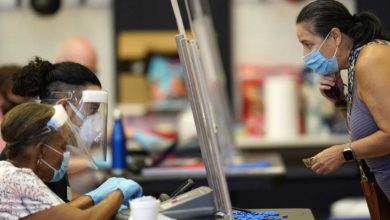 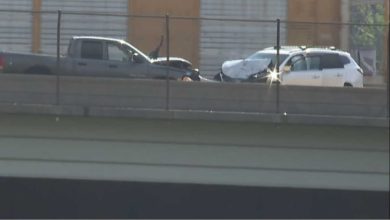 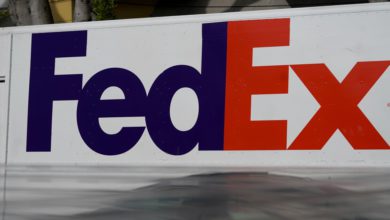 Hundreds of FedEx packages found in wooded area in Alabama 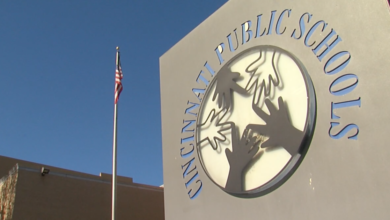