Dr. Patrick Whitlock, MD, PhD
Co-Director, Hip Preservation Program
"So, hip dysplasia just means that the hip doesn't develop normally. It's dysplastic or it's an interruption in growth, but what most people think of when they think of hip dysplasia is that the hip is shallow or steep or doesn't cover the ball on the top of the femur very well."

Katie
patient:
"It was like sophomore year, and I'd just made varsity soccer, and I was like, 'Oh, my hip kind of hurts.' I went to my family doctor, and she goes, 'Oh, let's just hope this isn't hip dysplasia, and (laughs) that's what it turned out to be. "

Dr. Whitlock:
"So hip preservation is, is exactly what it sounds like. Basically, keeping or preserving the native hip, meaning the native ball and socket throughout your life and not having to have a hip replacement."

Junichi Tamai, MD
Co-Director, Hip Preservation Program:
"We, as a team, care for hip disorders from newborn to adults, and a lot of adult hip disorders have their roots in childhood. If you have a hip problem addressed early enough, the child is able to actually remodel the hip. When there is a delay in diagnosis, there's always a risk that you lose that window of opportunity to make the hip as good as possible."

Dr. Whitlock:
"I think we have a good team. We have a team that's very experienced in performing all of the surgical treatment, evaluating the patients, determining if they're candidates for surgery and what type of surgery, and, really, just having the availability of everyone on our hip team. You're not just getting one opinion, so if you see me and you're a complex case, that's gonna be talked about with about six different people and then we decide what to do when, and how to move forward best for that patient. "

Dr. Tamai:
"And if there is a case where there is really no role for hip preservation, we also have someone who performs total hip replacements."

Dr. Tamai:
"The first thing that, that we want to make sure the families have is a good understanding of what they're about to go through, and so we spend a lot of time before the operation meeting in clinic to go over what to expect."

Katie:
"They actually gave me two options. They said, 'You can either not play soccer, sports and not get the surgery. You can get the surgery and keep your lifestyle,' so I couldn't be more thankful. (laughs) Dr. Whitlock was like my lifesaver because without going through this surgery and him doing it, then I could not have played soccer, continue to do that. I just ... I don't know what I would do."

Dr. Whitlock:
"Just knowing every day that we're coming in doing the very best and providing just about the best care that they could find anywhere, that's probably the most rewarding thing for me because we're giving them a chance, in many cases, to, to keep the hip they have, um, where maybe 10, 15, 20 years ago, they might not have had that chance, and I think giving them the chance is, is probably the number one thing."

Dr. Tamai:
"These families and these patients go through a lot, and when you're able to see them later on and when they're able to walk better, you see their X-rays and how things are developing better, I think that's the most gratifying part."

More than a hologram: Star Wars-inspired tech you can buy right now

More than a hologram: Star Wars-inspired tech you can buy right now

Why Cincinnati City Council meetings have been cut with tension recently 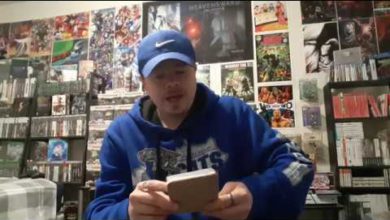 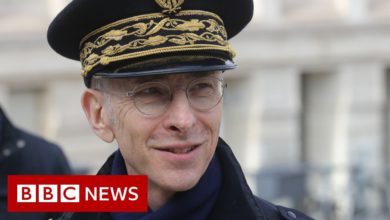 Coronavirus: "This is not a video game, it's real" – BBC News 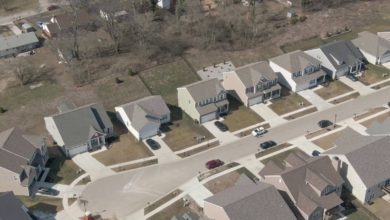