For many of us, the holidays wouldn’t be the same without Bruce Cromer. Since 2005, he’s been the actor playing Ebenezer Scrooge in the Playhouse in the Park’s production of “A Christmas Carol.”

But this is 2020. And along with all the other weirdness we have lived through, the Playhouse’s holiday show has undergone as many plot twists as one of Dickens’ deliciously convoluted novels.

By late spring, “A Christmas Carol” looked like a goner. How could the Playhouse safely bring together 28 cast members, stage technicians, ushers and box office personnel with an auditorium packed with 626 patrons?

In mid-July, artistic director Blake Robison offered a solution. “A Christmas Carol” would be back. But it would look very different. Audiences would be limited to 190. And instead of 28 actors, there would be just one. And that person would not be Cromer. Three months later, things changed again. The show was canceled, along with the rest of the Playhouse’s 2020-2021 mainstage season.

But again, it’s 2020. Expect the unexpected. So a couple of weeks ago, the Playhouse announced that it had cut a deal with WVXU and WMUB to broadcast and stream a one-person version of “A Christmas Carol.” The star? The inestimable Mr. Cromer.

“I’m so happy about this,” said Cromer, speaking by phone while walking his dog in Yellow Springs, where he lives. “It’s such beautiful writing.”

Interestingly, even though Cromer is the quintessential man of the stage, he admits to a passion for radio plays.

“They give your imagination such a workout,” he said. “And I think Dickens is especially great for radio. Some people think he’s overwritten. But he is so descriptive that most of the time, all you really have to do is read him clearly and it’s all there.”

A simple thing for an actor of Cromer’s caliber, perhaps. But most actors would be stumped by the demands of creating dozens of characters using only the voice.

“To me, the most fun about the radio broadcast is hearing Bruce’s virtuosity as a vocal actor,” said Playhouse artistic director Blake Robison. “I suspect this was a challenge for him. He is the most athletic, acrobatic Scrooge I’ve ever seen in my life. Take away that opportunity to be physical and you see what talent he still has.”

Robison recruited a longtime colleague, noted sound designer Matthew M. Nielson, to add a full soundscape to the play: everything from street sounds and the clinking of Marley’s chains to a small suite of incidental music.

In truth, you’re unlikely to notice much of Nielson’s work. With most work of this sort, the sounds aren’t meant to stand out. They are, by their very nature, background.

“I make all kinds of decisions that you probably wouldn’t think about,” said Nielson, speaking from his home in Silver Spring, Maryland. “What does the room ‘sound’ like. You know – is there a fire in the corner? Do we hear the sounds of people walking by the window outside? Is it windy enough outside that we hear it at the window? I love doing those sorts of things.”

Because of Cromer’s long relationship with the story, Robison commissioned him to prepare the script for the 60-minute production. As his starting point, he had the pared-down version of the story that Dickens himself read during his speaking tours.

Fortunately, “A Christmas Carol” is quite short in comparison with Dickens’ other novels. Still, there are dozens of characters. And Cromer had to find a distinctive voice for every one of them.

“It would be easier if you could combine characters, I guess,” said Cromer. “But why would you do that? Dickens’ characters are all so interesting.”

And funny, too. Aside from his fellow actors, Cromer admits that it’s the audience response that he’ll miss most.

“I’m a laugh whore, I admit it. I’ll do anything to get people chuckling. I’m begging for it. At the end of the play, though, when Scrooge is absolutely giddy with joy ..." Cromer is scrambling to find words eloquent enough to describe the scene.

It’s understandable. That final scene is what “A Christmas Carol” is all about. It’s the scene in which Scrooge, described by Dickens as “a squeezing, wrenching, grasping, scraping, clutching, covetous old sinner” finds redemption.

“It’s such a glorious scene, isn’t it?” said Cromer, recalling the words that he wrote in the script he sent to Nielson – “Take us home with gladsome noise. Make us cry with joy to the world, my friend.”

She survived COVID-19, then came the medical bills

She survived COVID-19, then came the medical bills 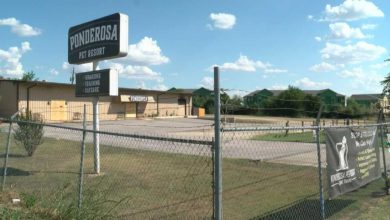 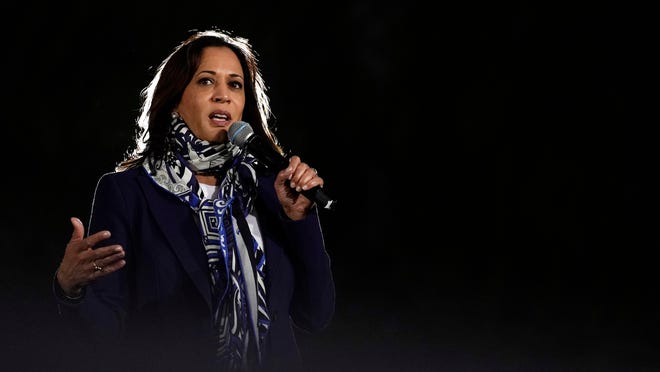 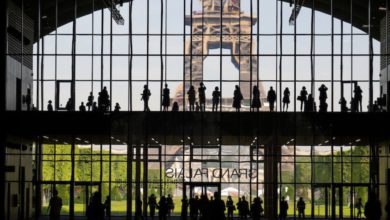 Americans traveling to France must reportedly be vaccinated, reports say 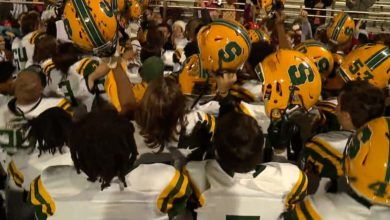