The Cincinnati Strong Man. The West End Hercules. The strongest man in the world.

These are among the nicknames of Henry Holtgrewe, Cincinnati’s own he-man around the turn of the last century whose feats of strength were legendary.

He could heft a 287-pound dumbbell with one hand. He famously lifted 20 men, an assortment of dumbbells and a monkey – all weighing more than 4,000 pounds – on his back. He bested every challenger, yet rejected going on tour as a showman, the next Eugen Sandow, the most famous strong man of his day.

In 2014, Holtgrew was honored in an ArtWorks mural designed by artist Jason Snell on the side of a building at 1215 Vine St. in Over-the-Rhine. Stylized as a vintage commercial poster in vibrant red, white and blue, the mural depicts the hulking Holtgrewe, with his massive muscles and handlebar mustache, and his most amazing acts.

In the days before television or World’s Strongest Man competitions, such demonstrations of strength were done in saloons and on stages, usually over a pricy wager, in front of plenty of witnesses. There was a theatricality about the whole business – unbelievable feats we are to believe because people say they saw them happen.

Still, based on news reports of the day, Holtgrewe’s reputation was well earned, his accomplishments more remarkable when training consisted of tossing rocks in a quarry.

Holtgrewe (the “w” was pronounced like a “v,” according to old articles) hailed from Osnabrück, Germany, and came to America when he was 22. He became a saloonkeeper, with bars in Downtown, West End and Cheviot.

His father, Fred, was known as a strong man, but Holtgrewe could not account for his strength.

“I cannot explain to you anything about my strength. It’s there, and that’s all I know,” he told The Enquirer in 1903. “I never like to boast, but if I can meet a man as strong as myself he will become my everlasting friend. If there’s a strong man who can out-lift me he can get both my money and friendship.”

His most famous feat was during a private exhibition for The Enquirer on Aug. 29, 1896, at Cincinnati Baseball Park (officially League Park, on the site where Crosley Field was later built).

Holtgrewe was then age 34, 242 pounds, 5-foot-8, with a 52-inch chest and biceps measuring 18.5 and 19.25 inches. Wearing black tights and a sleeveless knit shirt, he “loomed above the men about him like a Gulliver among the Lilliputians,” The Enquirer wrote.

A platform of heavy hickory boards was placed atop two sawhorses, then loaded with 1,600 pounds of dumbbells along with 20 men, including League Park groundskeeper John Schwab, and the Reds’ pet monkey mascot, Jocko.

Holtgrewe bent over beneath the platform, a chair placed in front of him to brace his arms. “Straining every sinew until the muscles stood out like whipcords on his arms and chest he slowly raised the heavy load,” The Enquirer wrote. After back-lifting the platform 10 inches, he set it back down and was hardly panting.

An Enquirer illustration of the feat accompanied the article.

The Enquirer reported the total weight as “within a fraction of 4,500 pounds.” Later news reports said it was 16 men and 4,103 pounds. Sandow himself, having failed to replicate the lift, later gave Holtgrewe a medal announcing him the world’s strongest man.

The Enquirer also recorded a contest between Holtgrewe and East Coast champion weightlifter Otto Ronaldo in 1902 over a $1,000 wager made in the Enquirer office. Each man designated five lifts for the other to match. The number of pounds of a failed lift was deducted from the lifter’s total.

Holtgrewe won on points without even having to perform his final lift.

‘His heart was as big as his body’

Other stories have been passed down. Holtgrewe lifted a barrel of water with a man sitting on it using one finger. He held back a horse and buggy with one hand while reading a newspaper. He fended off four robbers, grabbing one by the ankles and using him as a club to bash the others.

There are several versions of the time a prankster bolted a weight down to a stage floor, but Holtgrewe lifted it anyway, taking the floorboards with it.

Holtgrewe retired from lifting in 1915, suffering from Bright’s disease (a kidney disease today known as nephritis) and diabetes. After suffering a paralytic stroke, he died Jan. 1, 1917, at age 54. He was buried in St. Joseph’s Cemetery in Price Hill.

It was said that “his heart was as big as his body.” One time he bested a weight-lifter over a $500 wager, but the man was hard up and had six kids to feed, so Holtgrewe gave him the money and sent him home with gifts for the kids.

“He was powerful enough to crush any human being, yet he was as gentle as a child,” a friend said in his obituary.

That’s a legacy as worthy as his strength.

Who has received Cincinnati's keys to the city?

Who has received Cincinnati's keys to the city? 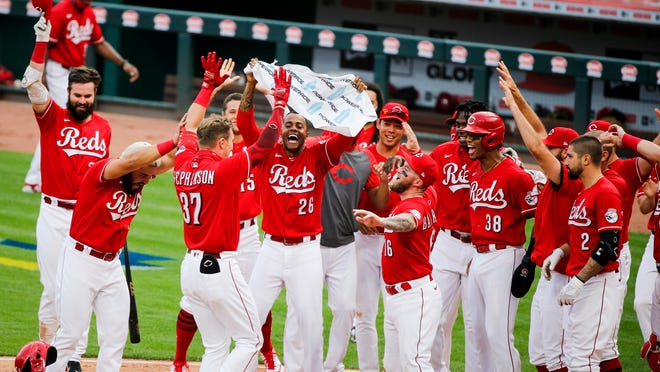 RedsXtra: How the Cincinnati Reds ended up with Eugenio Suárez at shortstop 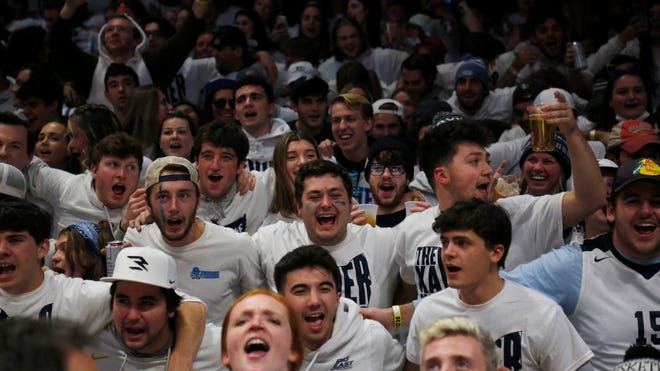 Xavier bounces back with gutsy win over Virginia Tech 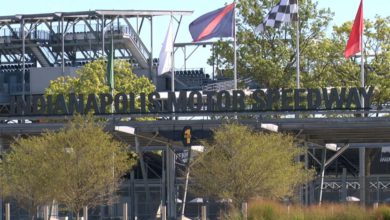 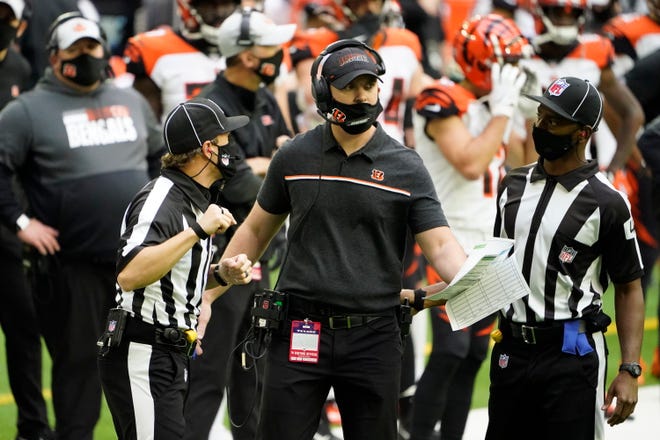 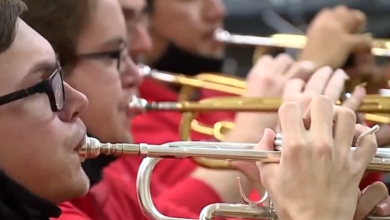