More rioters who stormed the U.S. Capitol this week were arrested and charged Saturday as additional video came out showing the chaos of the deadly mob incited by President Donald Trump.

Among those arrested were the rioters seen carrying House Speaker Nancy Pelosi's lectern, a Republican legislator from West Virginia and the man who calls himself a QAnon shaman.

Meanwhile, House Democrats plan to introduce an article of impeachment as early as Monday, likely an article alleging "incitement of insurrection."

Trump was banned from Twitter late Friday "due to the risk of further incitement of violence," the social media company said, adding that there was a risk of "future armed protests" at the Capitol. Trump attempted to evade the ban by tweeting from other accounts, which have also been banned or had tweets deleted.

Earlier, he said he would not attend Biden's inauguration, an event for which ADL (formerly known as the Anti-Defamation League) says extremists have begun plotting their next coup attempt.

For the latest developments, keep refreshing this page. Here's what to know:

► Doug Jensen, a 41-year-old Des Moines, Iowa, man, is in custody in the Polk County Jail, Sgt. Ryan Evans of the Polk County Sheriff's Office confirmed Saturday morning. Jensen was arrested and charged by the FBI, Evans said. He was identified in multiple videos and photographs at the U.S. Capitol on Wednesday wearing a "QAnon" T-shirt over a sweatshirt and a knit cap.

► Adam Johnson, 36, of Parrish, Florida, was charged with one count of knowingly entering or remaining in any restricted building or grounds without lawful authority; one count of theft of government property; and one count of violent entry and disorderly conduct on Capitol grounds, the U.S. Attorney’s Office for the District of Columbia said. Authorities identified him as the man photographed carrying the lectern of House Speaker Nancy Pelosi, D-Calif. Johnson was being held in Pinellas County jail Saturday on hold for a U.S. Marshal warrant, county jail records show.

► Jacob Anthony Chansley, who is also known as Jake Angeli, of Arizona, was charged with knowingly entering or remaining in any restricted building or grounds without lawful authority, and with violent entry and disorderly conduct on Capitol grounds, the U.S. Attorney’s Office for the District of Columbia said. Authorities identified him as wearing red-white-and-blue face paint with the horns and bearskin. Angeli is a QAnon supporter who has been a fixture at Arizona right-wing political rallies over the past year. He calls himself a QAnon shaman. Chansley confirmed to the FBI that he was the person photographed with face paint and headdress at the vice president’s chair in the Senate chamber, according to an affidavit accompanying the arrest warrant. “Chansley stated that he came as a part of a group effort, with other ‘patriots’ from Arizona, at the request of the President that all ‘patriots’ come to D.C. on January 6, 2021,” the affidavit said.

► Derrick Evans, 35, of West Virginia was charged with one count of knowingly entering or remaining in any restricted building or grounds without lawful authority; and one count of violent entry and disorderly conduct on Capitol Grounds, the U.S. Attorney’s Office for the District of Columbia. Evans, a recently elected member of the West Virginia House of Delegates, streamed live to his Facebook page a video of himself joining and encouraging a crowd unlawfully entering the U.S. Capitol. “We’re in, we’re in! Derrick Evans is in the Capitol!” Evans said in the video.

Rosanne Boyland was a recovering drug addict who wanted to become a sobriety counselor and also believed in the baseless QAnon conspiracy theories and that Trump had won the election, her family told The Associated Press.

“It just spiraled,” her sister, Lonna Cave, told the news agency. Boyland was one of three people who died at the Capitol due to medical emergencies, according to police

However, there have been conflicting reports about how Boyland, 34, died after a friend told a local news she was trampled.

When asked to clarify Boyland's cause of death Saturday, Sean Hickman, spokesperson for D.C.'s Metro Police Department, told USA TODAY that "she is deceased due to a medical emergency."

An incident report provided to USA TODAY says that medical personnel responded as two Capitol Police officers were performing CPR in the Capitol Rotunda. The officers said that the person "was witnessed to collapse during the protest demonstrations" around 5 p.m., according to the report. She was pronounced dead just after 6 p.m.

Two Seattle police officers were placed on leave pending an investigation into whether they committed any criminal acts while in Washington during the riots at the U.S. Capitol.

The officers were not identified, but Adrian Diaz, the city’s interim chief, said they had been referred to the Office of Police Accountability, the city’s independent police watchdog, to see if department policies were violated or if illegal activity involving Seattle officers needs to be investigated.

“If any SPD officers were directly involved in the insurrection at the U.S. Capitol, I will immediately terminate them,” Diaz said.

Diaz added that the department supports constitutionally protected free speech, “but the violent mob and events that unfolded at the U.S. Capitol were unlawful and resulted in the death of another police officer.”

New video continues to pour in showing the violence of Wednesday's storming of the U.S. Capitol, including a clip shared by CNN of a Capitol Police officer crushed as the large mob pressed into the police line.

The video, according to CNN captured by investigative outlet Status Coup, shows the officer yelling out as he is pinned between the masses and the door.

The video shows one person trying to rip away his gas mask as he appears unable to move. The officer is also seen with blood in his mouth. CNN reported that the condition of the officer was unknown but that he answered affirmatively when asked if he was OK.

Holding five pairs of zip-tie handcuffs, a man in head-to-toe paramilitary gear coursed through the upper level of the U.S. Senate Chamber on Wednesday, captured by a Getty photographer as a mob of President Donald Trump's supporters stormed the nation's Capitol.

While his identity remains unconfirmed by officials, the man was not with security, who'd recently evacuated U.S. Senators and Vice President Mike Pence from the floor below. Experts say he was among the rioters who disrupted U.S. Congress's certification of Trump's election loss with violence, resulting in five fatalities to date.

For two counter-terrorism experts, the photographs bring to mind a recent plot hatched by a Michigan extremist group to take politicians hostage.

U.S. Capitol Police officer Brian D. Sicknick, 42, died Thursday from injuries he suffered during the pro-Trump riot that breached the U.S. Capitol. He had served overseas in the New Jersey Air National Guard in support of the war in Afghanistan, eventually attaining a lifelong goal of becoming a police officer.

Police have not confirmed the circumstances of Sicknick's death but said he "was injured while physically engaging with protesters" Wednesday.

Praise for his service poured in from family and elected officials Friday, and neighbors and coworkers recalled fond memories of his compassionate behavior, "kind face" and love of fishing.

Flags were at half-staff in his Sicknick's hometown of South River, New Jersey, on Friday.

More coverage of the pro-Trump riot at the U.S. Capitol

► 'Hear a child's perspective': How America's teachers talked with kids about Capitol riot

► 'This is our house, and we're gonna protect it': Lawmakers prepared to fight or be killed as Trump mob attacked US Capitol

► 'We feared for our safety': After Capitol riots, Black, Latino Americans worry about more violence in DC 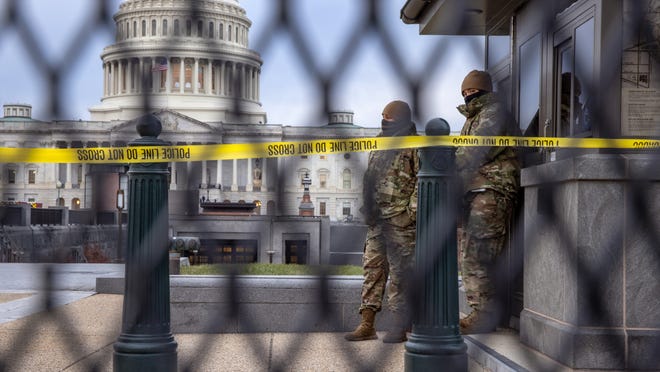 Tropical Storm Fred likely to form Tuesday; Florida may be in path

3% of US restaurants have permanently closed due to COVID-19 pandemic, experts say

Tropical Storm Fred likely to form Tuesday; Florida may be in path

3% of US restaurants have permanently closed due to COVID-19 pandemic, experts say 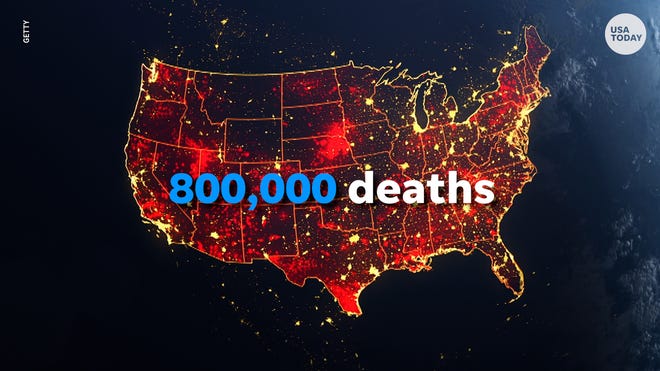 The omicron variant is in the Cincinnati region. Now what? 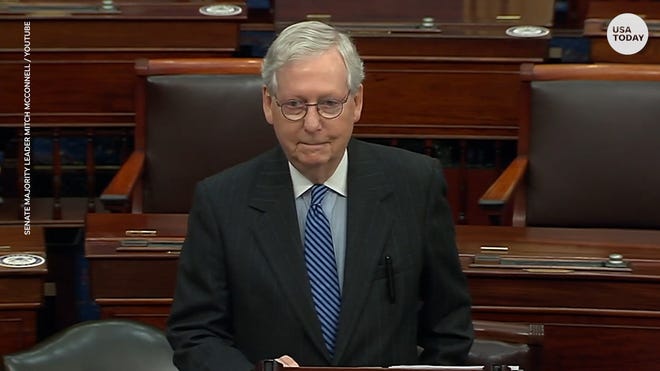 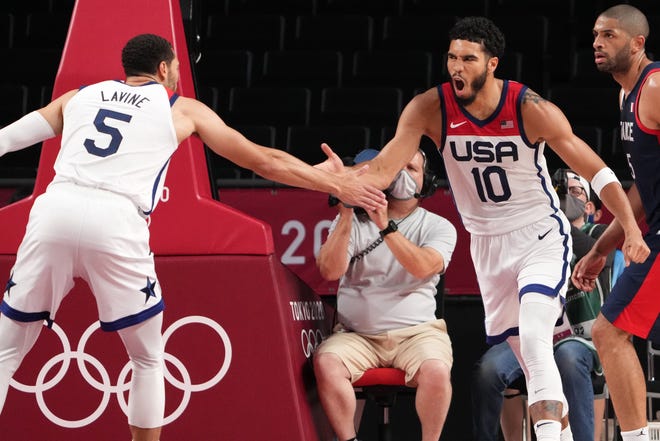 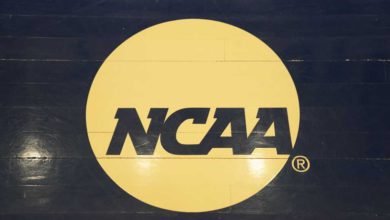 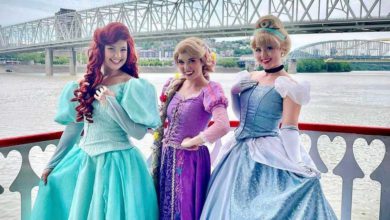 'Run it back': What a career year meant to Reds outfielder Tyler Naquin