Highs and lows, heroes and zeroes and nothing in between. Occasionally, nothing can make you feel more alive than your teams and the sports they play.

Because TML is generally a positive, optimistic and altogether pleasant place to play, we’ll start with the heroes, then move on to the Reds. The Men scored a mighty W Sunday that, depending on your level of cynicism, was either a virtuous dawning of a new Day (please, no more strained use of Dey) or a surprisingly fortunate series of events.

1.     It would have been a far worse L than it was a very nice W. Blowing a 14-point 2nd-half lead against a mediocre team playing that way would have maintained the Same Ol’ Bengals (earned) cynicism so pervasive throughout much of the franchise’s history. The win was more a sigh of relief than a mass fist-pump.

2.     The Vikings were not good. Twelve penalties, a lost fumble at the worst possible time. Bashaud Breeland, human toast.  Mike Zimmer’s once-shiny star is no longer ascendant. And yet they were still a Dalvin Cook fumble from stealing a win on the road.

4.     You can complain about the O-line. I won’t. A few coverage sacks, but generally good blitz pick-up and 127 yards for Mixon. Not great, but certainly functional.

6.     The first 4th and 1 Go For It was reckless. The 2nd was terrific. All that means, I guess, is that the first didn’t work and the second did. That said, if I were Mike Brown in this morning’s fun Fam film session, I’d tell Zac Taylor never to do that again. Third quarter, up 21-7, 4th-and-1 from your 30. Who takes that risk? I love the thought of Going For It on 4th down. But man, you gotta pick your spots. Had the Bengals not won, that call would have dogged Taylor’s coaching career forever.

7.     Who among you didn’t believe the booth would reverse that fumble call? Don’t lie.

8.     Joe Burrow projects as much confidence as any athlete I’ve ever covered. Listen to his postgame presser. If the guy has ever doubted himself, even a little, I’d be stunned. That OT, 4th-and-1 floater to Uzomah – a play called by Burrow – was one of the best throws at winnin’ time I’ve ever seen a QB make.

9.     Burrow didn’t try to be Superman when the protection broke down. That’s a good thing.

10. Mike Hilton is an ordinary-sized guy, but good lord, can he put the wood to people. Fun watching him fly around yesterday.

11. I said the kid kicker with the bionic leg would at some point win a game for the Men. Checked that box yesterday. The 53-yarder looked like an Adam Dunn home run.

Maybe the most important thing about Sunday was, the Bengals believed they were going to win, and they had that belief validated. For a team that believes it’s on the rise, that’s huge.

THE REDS SHOULD MAKE THE POSTSEASON, but if they make it the way they’re playing now, so what?

Frequent Perusers will note I’ve been bullish on The Club, mainly because the schedule is so much in their favor. Eighteen to play, nine v. the Pirates. Thank you, Lord.

But could the Reds do us all a favor and start playing like a playoff team?

David Bell is right when he suggests that hitters hit and the Reds hitting will come around. But his tone is just so publicly passive. They need Winker and they need Votto to be the Votto of July (.319, 11HR, 25 BI) and not the Votto of September (.212. 2 and 4).

Given the way the Reds hit lefties, even that might not be enough in a one-game showdown at Chavez Ravine. Kershaw, anyone? How ‘bout Julio Urias (17-3, 2.98)?

It’s not as if they have lots of options. Aquino, he of the one-great-month career? Cabrera, DeShields, Barrero, Akiyama. Ugh.

Worse, their team speed is somewhere between snail and turtle, they don’t run the bases especially smartly and they’re in that almost total majority of teams incapable of small ball.

I picked them to finish 82-80 so by that measure they’re still overachieving. And they do have nine chances to beat the Triple A roster in Pittsburgh. Though given the way they’re playing, they’d be crazy to count on that.

ANDY DALTON DOESN’T HAVE MUCH LEFT. . . Watching that game last night, we saw that the Andy Man Can’t. Sure, the Rams D is stout, but even as the Bears raggedy O-line did a nice job blocking Aaron Donald, Dalton couldn’t take advantage. He’s a singles hitter at best. And the Bears already thin O-line lost another member Sunday night. Eight in the box and dare Dalton to beat you, yeah Lou?

YET ANOTHER BEER OPTION. . . I’m beginning to think that somewhere, a factory exists for the sole purpose of cranking out craft breweries. They roll off the line fully assembled and ready to be installed in your neighborhood.

Because we have a place out East, I have driven 32 maybe 500 times in the past couple decades. I’ve never noticed Sons of Toil brewery, just off the road near the Mt. Orab exit. It’s been there almost five years.

We visited Saturday. It was delightful.

Picnic tables in the woods out back. A food truck selling lobster, of all things. A large tent that looks to seat a few hundred people, when they bring in music. Sixteen taps. I had a pale ale and a brown, both were pleasant enough. And only $5. J. Thinwallet will be back.

ANOTHER GREAT DAY FOR THE BEARCATS, who needed just 30 minutes of good football to blast Murray State. The wonder now is if two cake wins are prep enough for UC to go to Indiana and win on Saturday.

NOT A GREAT DAY FOR KERRY COOMBS. . . Ohio State gave up 35 at home to Oregon Saturday, after allowing 31 at Minnesota in the opener. Yahoo:

Beleaguered Ohio State defensive coordinator Kerry Coombs flanked the end of a subdued singing of the school’s alma mater. His white hair askew, face flush from defeat and eyes glazed with shock, Coombs had the look of a man who knows he’s destined for a few weeks in the crosshairs.

The Ducks rolled for 505 yards and averaged 7 yards a rush.

TUNE O’ THE DAY. . . Not a big hip-hop guy, except when working out. Then it’s very loud and very effective at helping me push through the grind. One from the other day, by my Old School favorites.

Any highway protesters will be arrested, charged with felony

Any highway protesters will be arrested, charged with felony 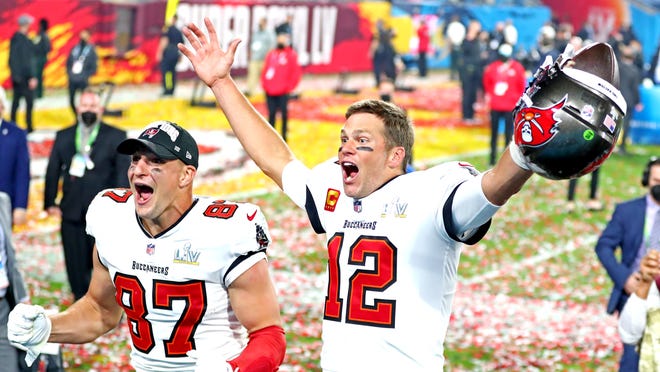 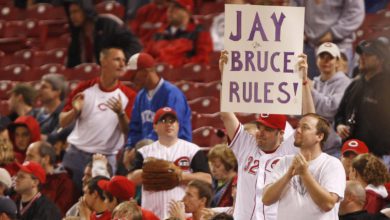 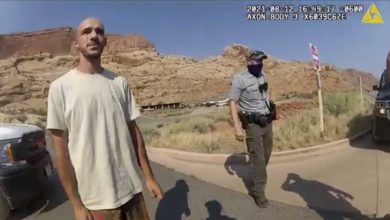 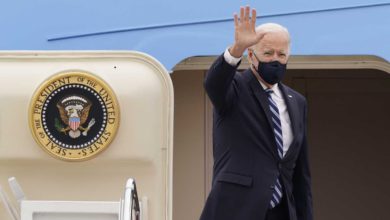 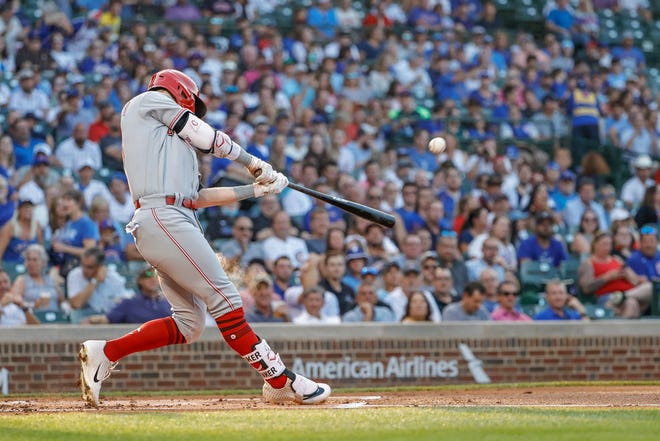 Michael Lorenzen made it back from the injured list 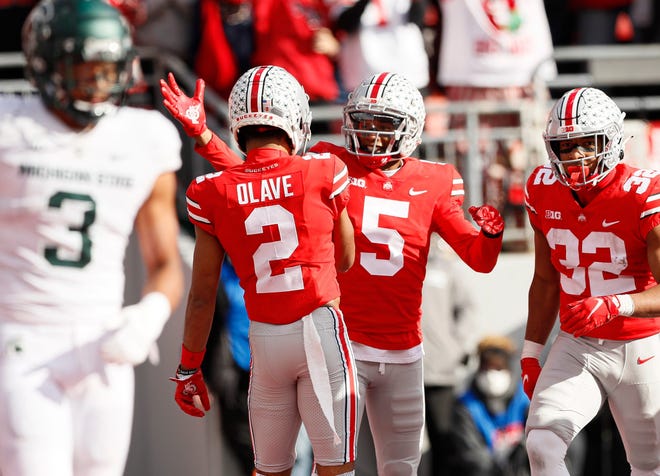