WASHINGTON – National Guard troops are pouring into Washington, D.C., and state capitals across the nation Sunday as Americans brace for violence ahead of the inauguration of President-elect Joe Biden.

Law enforcement officials have warned that protests planned nationwide could erupt into violence. It was just 11 days ago that scores of rioters smashed through windows and rampaged through the U.S. Capitol, clashing with overwhelmed Capitol police. The melee was blamed for five deaths, left parts of the hallowed building in ruins and raised questions about law enforcement's preparation and response.

USA TODAY is monitoring protests and security issues in the district and across the U.S. Keep refreshing this page for updates.

Biden served as a senator from Delaware for more than a quarter-century, but Gov. John Carney is not assuming his state will be immune from pro-Trump protests. Carney has activated the National Guard to assist state and local law enforcement in keeping the peace if necessary. A  6-foot-tall fence has been constructed around Legislative Hall and traffic has been restricted. Delaware Capitol Police said that Capitol buildings "will be secured, and citizens can expect an increased visible law enforcement presence."

DC locked down as inauguration draws near

A wide swath of Washington, D.C., was in a virtual lockdown Sunday as the nation prepared for protests ahead of the inauguration of President-elect Joe Biden. More than 25,000 National Guard members are in place or headed to the city. The National Park Service shut down the entire National Mall, a panoramic 2 miles stretching from the Lincoln Memorial on the west end to the Capitol on the east. More than a dozen Metro commuter train stations have already closed, and the city's historic core has been divided into a "red zone" for authorized vehicles only and a "green zone" allowing only vehicles of the area's residents.

Mayor Muriel Bowser acknowledged the difficulties the lockdown creates for many businesses already struggling due to the pandemic. “We know this is very inconvenient," Bowser said. "Clearly we are in unchartered waters."

Postal Service pulls mailboxes out of some areas

The United States Postal Service has temporarily removed blue mail collection boxes in some areas of major cities and state Capitols as a security measure in more than dozen states ahead of the inauguration, USPS says. Boxes also have been removed around the U.S. Capitol.

"It’s part of our normal procedures to keep our employees and customers safe during times of protest or when large crowds are gathered near postal facilities, on postal routes, or by mailboxes. " Postal Service spokesperson Kim Frum told USA TODAY.

A look at security measures in place at some state capitols

►The Texas Department of Public Safety announced the closure of the state Capitol on Friday after uncovering new intelligence that prompted the agency to further tighten up security.

► The Kentucky Capitol grounds in Frankfort will be closed Sunday after "domestic terror threats against state capitols all over" the U.S., Gov. Andy Beshear's administration announced.

► Michigan, which was targeted by armed anti-lockdown protesters earlier this year and an alleged extremist plot to kidnap its governor, activated its National Guard and was boarding up windows at state buildings.

► California Gov. Gavin Newsom mobilized 1,000 members of the National Guard as the state also erected a temporary chain link fence around its Capitol. The California Highway Patrol has refused to issue permits for rallies that had been planned there.

►New Jersey state employees have been ordered to work remotely the day of Biden's inauguration, because of the “level of tension in the country," New Jersey Gov. Phil Murphy said.

►The Kansas Statehouse will beef up security measures, closing down visitor access to parking, giving keycard access only through the visitor entrance and requiring those with keycard access to show badges. In Ohio, "several hundred" officers will be in the Capitol Square area Sunday. 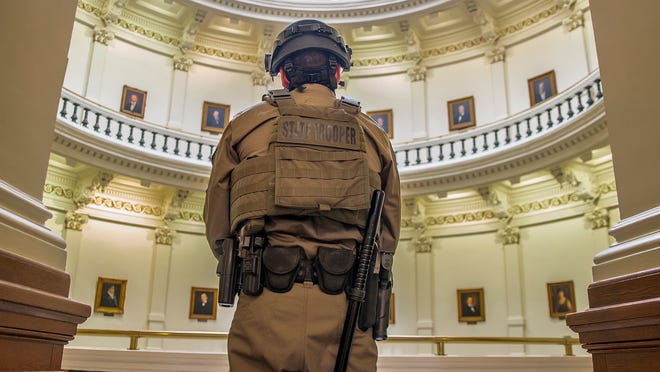 Police in Washington, D.C., have arrested a Virginia man who allegedly tried to pass through a security checkpoint with an "unauthorized" inauguration credential, a handgun and more than 500 rounds of ammunition, according to officials. Wesley Allen Beeler, 31, of Front Royal, Virginia, was arrested shortly after 6:30 p.m. Friday after police found two unregistered Glock 9mm handguns, 509 rounds of 9mm ammunition, 21 12-gauge shotgun shells, and one 17-round Glock 17 magazine, all in his truck, according to a police report.

Authorities around the country have arrested dozens of people who stormed the Capitol in the Jan. 6 riot, including a Dallas woman who said she’s a “normal person” who listened to her president. Jenna Ryan, 50, is accused of “knowingly” entering or remaining in the restricted building or grounds without lawful authority and disorderly conduct on Capitol grounds on Jan. 6, according to a criminal complaint filed by the FBI in a Washington federal court. Prosecutors say she took a private jet to D.C.

Two other men, Robert L. Bauer of Kentucky and his cousin, Edward Hemenway of Winchester, Virginia, pleaded not guilty to trespassing and knowingly entering a restricted building or grounds. They appeared in federal court Friday.

Meanwhile, a federal judge in Washington has halted a plan to release and put on house arrest the Arkansas man photographed sitting at a desk in House Speaker Nancy Pelosi’s office during last week’s riot at the U.S. Capitol. Richard Barnett will instead be brought to Washington, D.C., for proceedings in his case, Chief U.S. District Judge Beryl Howell ordered.

In Arizona, far-right social media personality Tim “Baked Alaska” Gionet posted bond on Friday, one day after a Scottsdale judge issued an arrest warrant when Gionet was a no-show for a City Court hearing on whether he had violated terms of a previous release by traveling to Washington, D.C., for what became the U.S. Capitol riot. 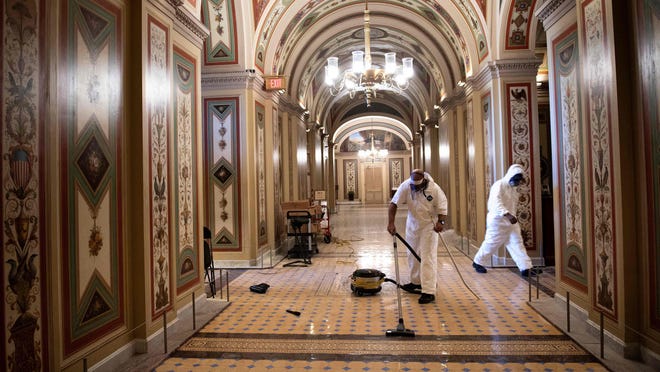 A group of about a dozen supporters of President Donald Trump — some with "Trump 2020" hats, others wearing military garments — gathered outside the Texas Capitol gates Saturday afternoon. Some of the people outside the Capitol on Saturday wore protective vests and camouflage clothing. At least one man was seen carrying a rifle and another had a large knife and zip ties attached to his belt strap.

A "Save Our State" protest rally was scheduled for the Illinois State Capitol at noon Saturday. But soon after its scheduled start, two protesters were outnumbered by 10 members of the news media.

A small group of protesters gathered near the Nevada Capitol on Saturday. A handful of Capitol police watched as people stood with signs where protesters had been gathering on a weekly basis since last summer. Some of the participants were armed.

GE to require COVID vaccine for all employees

GE to require COVID vaccine for all employees

This is where germs hide in your house 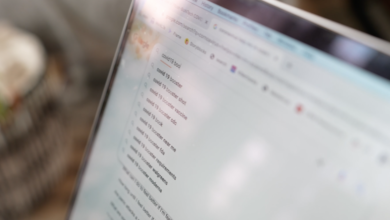 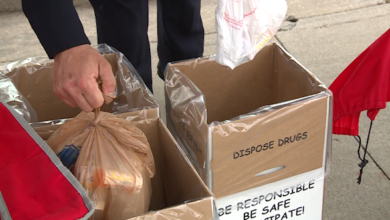 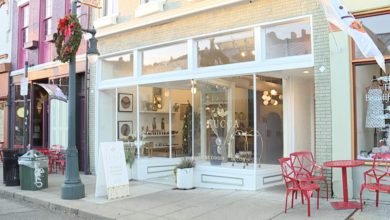 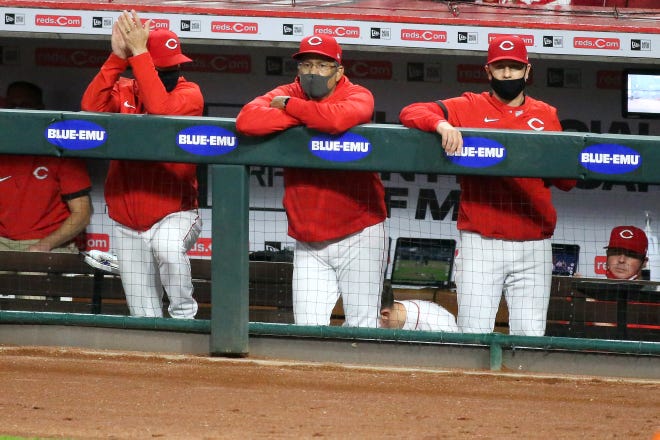 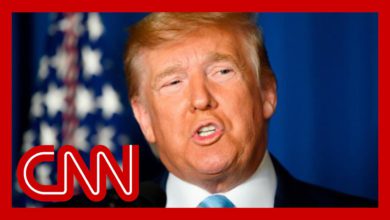 Trump warns that US has 'targeted 52 Iranian sites' 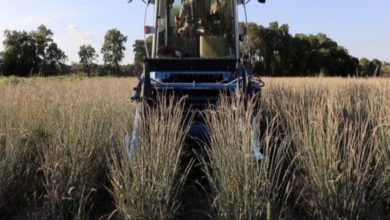 This Earth-friendly crop may change agriculture for the better