Cam Newton's divorce from the New England Patriots ahead of Tuesday's NFL-wide deadline to cut rosters down to 53 players per team really shouldn't come as much of a surprise.

Rookie Mac Jones, the 15th overall pick in this year's draft, had impressed throughout the offseason as he onboarded with "The Patriot Way," then played impressively enough during training camp and preseason for coach Bill Belichick to break with form by turning his team over to the rookie quarterback.

That's not to suggest Newton didn't also perform admirably, particularly 12 days ago against the Philadelphia Eagles, when he completed eight of nine passes for 103 yards and TD. He routinely flashed the arm strength and willingness to strike downfield that the former MVP had rarely shown in recent seasons.

But the writing has been on the wall, and Newton, who publicly went out of his way to be supportive of Jones, saw it, too. A rookie QB taken in Round 1 is typically going to start sooner rather than later in the NFL, almost regardless of which team picks him. Newton was on his second one-year deal with the Patriots and basically making backup-level money – he leaves New England after pocketing $3.6 million in guarantees this year.

Furthermore, this wasn't going to be San Francisco east, with Newton and Jones cycling through the lineup on alternating snaps. If Belichick decided Jones, whose playing style skews far more Tom Brady than Newton, was his guy, it didn't make sense to have a backup that would require a totally different offensive approach. Far easier to plug veteran Brian Hoyer or third-year passer Jarrett Stidham (currently on the physically unable to perform list) into game plans and offensive concepts that will evolve to cater to Jones.

And let's not forget, either, that Newton, 32, showed this summer that he can still execute at a high level. Sure, he's several years (and surgeries) removed from his 2015 MVP campaign with the Super Bowl-bound Carolina Panthers. But Newton's right arm looks as live as it has since he's undergone multiple shoulder operations since that MVP season. And though he's endured (more than) his fair share of punishment, the man can still move. Newton only threw eight touchdown passes for the Patriots in 2020, a season that began with promise but was derailed when he contracted COVID-19, but he still ran for 592 yards and 12 scores.

MIKE JONES:Newton experiment was fascinating, but Mac Jones should be better fit

WEEK 3 PRESEASON WINNERS, LOSERS:Who helped themselves the most in final tune-ups?

Bottom line, Cam can play. And whatever you might think of Newton's on- and off-field persona, none other than Belichick has unfailingly praised him since he first signed with New England right before training camp in 2020.

Which begs the inevitable question: Is there another viable NFL home waiting for Newton? The list of possibilities might be longer than you'd think ...

Matt Ryan, who won MVP honors the year after Newton, is the guy here ... for now. But the backup situation behind him is unsettled, as is Ryan's future beyond this season depending on what direction the Falcons take under their new leadership. Newton is an Atlanta native, and this would allow him to be home – and could allow him to get his foot in the door in 2022 if the team decides to trade Ryan, 36, and rebuild. Playing in Arthur Smith's run-heavy, double-tight offense would certainly seem to suit Newton, too.

They got a really nice showing from backup QB Tyler Huntley (4 passing TDs, 1 rushing TD) in Saturday's 37-3 rout of Washington. But he's an unproven commodity for a team that has Super Bowl aspirations and a starter, Lamar Jackson, who's already had two bouts with COVID-19 and, as far as we know, remains unvaccinated (like Newton). Though Newton would surely prefer another opportunity to start, he'd likely be a much better fallback than Huntley, Trace McSorley or last year's QB2, Robert Griffin III, for a team that wants to dabble more with an air attack but has thrived recently with a run-based approach that dovetails with Newton's style.

Another championship-caliber team ... and another one with COVID-19 issues – and whether that makes Newton an attractive insurance policy or not is a point worthy of debate. The Bills have veteran Mitchell Trubisky, who sparkled during his return to Chicago on Aug. 21, on a one-year deal behind 2020 MVP runner-up Josh Allen. Yet Allen is often compared to a younger Newton, and the Bills organization has several key members – namely head coach Sean McDermott and general manager Brandon Beane – who were with Newton during his apex in Carolina. Not a perfect fit here for either party, but also an option neither should rule out.

The hashtag has already surfaced: #CamToDallas. Widely viewed as NFC East favorites entering this season, it's been an unsettling summer for the Cowboys as they manage QB Dak Prescott's tender throwing shoulder while hoping his surgically repaired ankle is ready for regular-season exposure. But if Prescott suffers setbacks on either front or simply shows in next week's regular-season kickoff at Tampa Bay that he's still a few weeks away, would you rather have Newton step in cold ... or hope untested Cooper Rush can keep the team afloat?

A generally loaded roster stood by for months waiting to learn whether conservative Teddy Bridgewater would be the quarterback or gunslinging youngster Drew Lock. Bridgewater prevailed – for now – but his name is penciled onto the depth chart. If the calendar reaches October, and Denver is once again being scuttled by poor play under center, Newton could become a reasonable option – even though he's never worked with offensive coordinator Pat Shurmur – for a team that should otherwise be relevant ... and at a time when coach Vic Fangio really needs to win some games.

Here's what we know: New GM Nick Caserio, who was with Newton in New England last year, is pretty much signing every available free agent in the galaxy in order to log an evaluation for a franchise that's essentially in shambles. Would Houston be an attractive destination for Newton? If it means a chance to play given the Texans' most viable option seems to be Tyrod Taylor, welp, as they say, "It is what it is."

If third-year QB Daniel Jones truly blossoms and stops turning the ball over – and he did serve up another terrible INT in the red zone Sunday against New England – Big Blue could be a factor in the NFC East. If not? GM Dave Gettleman, who held the same role with the Panthers when they reached Super Bowl 50 under Newton, may have to resort to desperate measures to save this team – and his own job. A backfield with Newton and RB Saquon Barkley might be enough for a successful salvage operation.

Barring injury, Russell Wilson is entrenched here ... for 2021 anyway. But if something happens to Wilson, it's unlikely backups Geno Smith and/or Sean Mannion are going to ride to the rescue of a team hoping for more than another NFC West crown. And beyond that, if Wilson actually does manage to talk his way out of Seattle in 2022, it stands to reason that soon-to-be-70-year-old coach Pete Carroll won't be highly interested in a rebuild. And as much as Wilson has accomplished in the Pacific Northwest, Carroll might even prefer to revert to an offense in 2022 that permits Cam to book rather than relying on Russ to cook.

Let's end at the beginning for Newton, who began his NFL career in 2011 with an offensive rookie of the year performance under then-rookie head coach Ron Rivera in Carolina. Rivera's now the boss in Washington, where he debuted last year with a surprise run to the NFC East title. He's now banking on 38-year-old journeyman Ryan Fitzpatrick, who's never taken a playoff snap, to take the WFT back to the playoffs – where Newton started seven games over four postseasons while with the Panthers. A match made in Ashburn? Would hardly be a shocker, especially if Fitzpatrick and Co. stumble out of the gate – and the September of lineup of opponents serves up the Giants, Chargers and Bills.

At least 2 dead after hours-long standoff 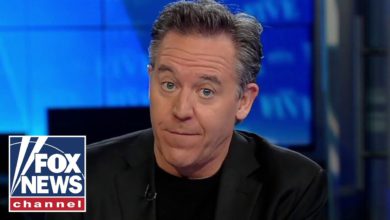 Gutfeld on the media's prison of two ideas 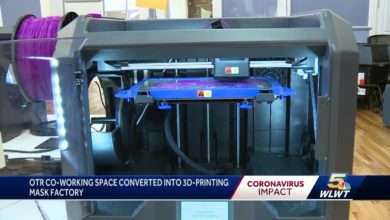 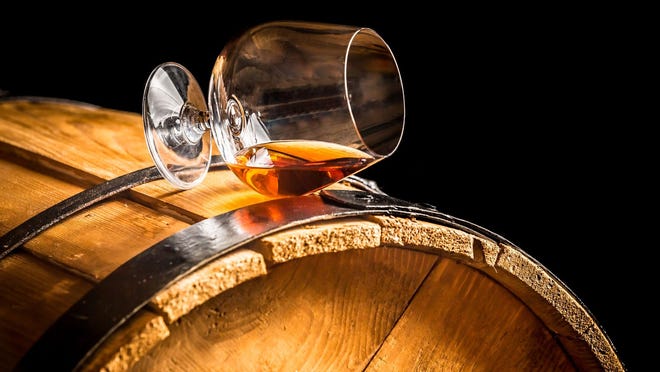 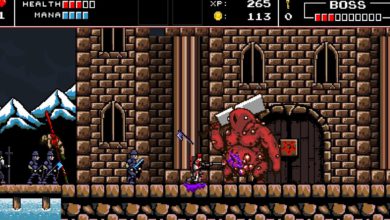 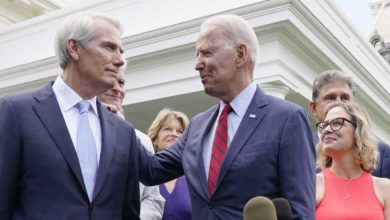