A U.S. drone strike on Sunday targeted an "imminent ISIS-K threat" to the airport in Kabul, where officials have warned of additional attacks following a suicide bombing last week.

The Pentagon confirmed the airstrike on Sunday after multiple news organizations reported an explosion in a residential neighborhood near the airport. A U.S. official said the airstrike Sunday hit a vehicle that included a suicide bomber.

It was the second known airstrike against ISIS-K terrorists since a suicide bomber on Thursday killed 13 U.S. service members and more than 169 Afghans near a gate to the Kabul airport.

President Joe Biden was to meet Sunday at Dover Air Force Base with the families of U.S. service members killed in the attack.

A blast at the airport on Thursday killed 13 U.S. service members and more than 169 Afghans. A retaliatory U.S. drone strike on Friday killed two ISIS-K members.

WASHINGTON – The gentle hum of the C-17 plane enveloped the Dover Air Force Base as 13 service members who were killed in a suicide bombing outside the airport in Kabul made their final trip home.

An order to “present arms” broke the silence, as the first casket was carried off the plane and placed into a gray van. Only the gentle "hup, hup" from the team carrying the cases and an anguished sob as the second service member returned could be heard during the somber 45-minute event.

President Joe Biden, wearing a black face mask, stood with his hand over his heart as the first case was carried off the plane and transferred to a van. Standing with First Lady Jill Biden, the president at times bowed his head and appeared to close his eyes.

PRISTINA, Kosovo — Kosovo’s government says that a group of 111 Afghan evacuees it will host temporarily has arrived in Kosovo.

The Afghans, who had worked with NATO, and their families came from the Ramstein military base in Germany. They will be housed near the U.S. military Camp Bondsteel, 40 kilometers (25 miles) south of the capital Pristina.

Kosovo has said it may temporarily shelter up to 2,000 Afghans while they process documentation on their final destination to the United States.

Kosovo’s senior leaders and several Western ambassadors were present to welcome the evacuees.

“Many years ago we were victims of genocide ourselves,” said President Vjosa Osmani. “We will be alongside all of the NATO partners until all of this is completed successfully.”

“We will do everything to make sure they will be safe, secure here and, at the same time, to get some rest,” said Prime Minister Albin Kurti.

Marine Corps Sgt. Johanny Rosariopichardo, killed in the suicide bombing near Kabul's Hamid Karzai International Airport in Afghanistan, received praise and condolences in her home state of Massachusetts in the days after the deadly attack.

Gov. Charlie Baker called Rosariopichardo, 25, who attended high school in the northeastern Massachusetts city of Lawrence, "a Massachusetts hero gone too soon." She was one of 13 U.S. service members killed in Thursday's attack.

Rosariopichardo, who also used the surname Rosario, was assigned to the 5th Marine Expeditionary Brigade, Naval Support Activity Bahrain, according to the U.S. Defense Department.

Lawrence Mayor Kendrys Vasquez issued a statement saying he was "heartbroken" at the loss of "a daughter of our city.” Her family asked for privacy "and that their loved one be recognized as the hero that she was,” he said.

Secretary of State Antony Blinken said Sunday that the United States is doing “everything possible” to get out about 300 American citizens who indicated they want to leave Afghanistan by the Aug. 31 deadline.

“We are very actively working to help them get to the airport, get on a plane, and get out of Afghanistan,” Blinken said during an interview on ABC’S “This Week.”

The White House said Sunday that about 2,900 people were evacuated from Kabul in the last 24 hours that ended at 3 a.m. Sunday. Since Aug. 14, about 114,400 people have been evacuated from Afghanistan.

Blinken says U.S. has capacity to strike terrorist without boots on the ground

Secretary of State Antony Blinken said Sunday that the United States will retain the capacity to find and strike terrorists “who want to do us harm.”

“We have the capacity around the world, including in Afghanistan, to take, to find and to take strikes against terrorists who want to do us harm,” Blinken said during an interview with NBC’s Meet the Press.

Blinken cited the examples such as Yemen, Somalia, and Libya as places where the U.S. has the ability to strike terrorists but “don’t have boots on the ground on any kind of ongoing bases.”

The U.S. has bases in close proximity to those countries, but not near Afghanistan, which Blinken did not mention. For example, it would take several hours to fly a drone to Afghanistan from the Al Udeid Air Base in Doha, Qatar.

At least one of the occupants of the vehicle targeted by a U.S. airstrike on Sunday was believed to be a suicide bomber, according to a U.S. official.

The Pentagon confirmed the drone strike Sunday, saying it was against an "imminent ISIS-K threat" to the airport in Kabul.

More:US likely to continue strikes against ISIS-K, even as challenges mount after Afghanistan exit

U.S. forces conducted a drone strike Sunday against an “imminent ISIS-K threat” to the airport in Kabul, the military said in a statement.

“We are confident we successfully hit the target,” said Navy Capt. Bill Urban, a spokesman for U.S. Central Command. “Significant secondary explosions from the vehicle indicated the presence of a substantial amount of explosive material.

There were no initial indications of civilians being killed in the strike, but the military continues to assess the aftermath, Urban said.

The strike came after President Joe Biden warned Saturday of an imminent attack on the airport where U.S. troops are completing the civilian evacuation and preparing a final retreat from the 20-year U.S. war there.

Defense officials had warned that ISIS-K terrorists had sought to use a vehicle packed with explosives to attack Hamid Karzai International Airport.

It is the second known airstrike on ISIS-K terrorists since a suicide bomber killed 13 American troops and more than 169 Afghans at the airport on Thursday. On Friday, a drone attack killed two ISIS-K militants who planned and facilitated attacks, according to the Pentagon.

KABUL, Afghanistan — The Taliban said that a U.S. airstrike targeted a suicide bomber in a vehicle Sunday who wanted to attack the Kabul international airport amid the American military’s evacuation there.

There were few initial details about the incident, as well as a rocket that struck a neighborhood just northwest of the airport, killing a child. The two strikes initially appeared to be separate incidents, though information on both remained scarce.

Reuters reported the U.S. had carried out a strike in Kabul, and BBC reported that an explosion had occurred.

Citing an Afghan police chief, the Associated Press reported a rocket struck a neighborhood northwest of the airport, killing a child. Reuters reported the U.S. had carried out a strike in Kabul.

Zabihullah Mujahid said in a message to journalists that the strike targeted the bomber as he drove a vehicle loaded with explosives. Mujahid offered few other details.

U.S. military officials could not be immediately reached for comment.

The rocket attack meanwhile struck Kabul’s Khuwja Bughra neighborhood, said Rashid, the Kabul police chief who goes by one name. Video obtained by The Associated Press in the aftermath of the attack showed smoke rising from building at the site around a kilometer (half a mile) from the airport.

Check back for updates on this developing story.

White House National Security Advisor Jake Sullivan said the number of Americans still waiting for evacuation from Afghanistan is now at 300 even as the operation remains a high-risk operation.

“We are in a period of serious danger given what we are seeing in the intelligence.,” Sullivan told CNN’s State of the Union Sunday. “We are taking every possible measure ... to ensure that our forces are protected on the ground.”

The U.S faces a self-imposed deadline Tuesday to evacuate Americans who want to escape. Sullivan said some 300 were evacuated Saturday two days after a suicide bomber killed 13 U.S. service members.

More:Graphics and satellite images show how the complex and dangerous evacuation from Kabul airport works

The White House released the latest statistics on evacuations from the Kabul airport on Sunday.

In the 24 hours that ended at 3 a.m. Sunday, about 2,900 people were evacuated from Kabul. About 2,200 evacuees were aboard U.S. military flights, while 700 left on coalition flights.

The latest numbers brought the total evacuees since Aug. 14 to about 114,400 people.

Biden to meet with families of slain service members

President Joe Biden and First Lady Jill Biden are scheduled on Sunday morning to meet with the families of American service members killed in a suicide bombing last week at the Kabul airport.

The Bidens are scheduled to participate in a "dignified transfer," where slain service members are returned to the U.S., at noon Sunday at Dover Air Force Base.

The blast on Thursday killed 13 U.S. service members, including 11 Marines, one Navy corpsman and one Army soldier along with at least 169 Afghans.

'It's just going to get worse, in my eyes' 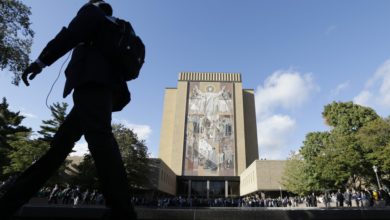 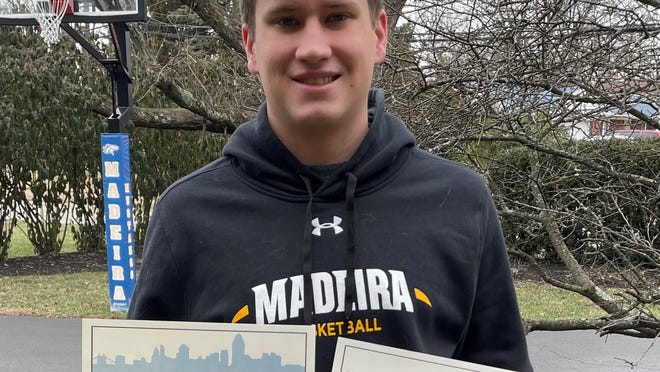 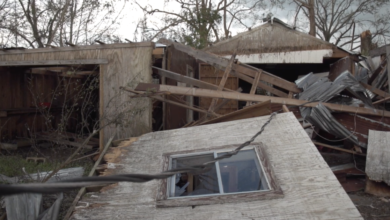 In hard-hit Louisiana, people are desperate for gas and electricity 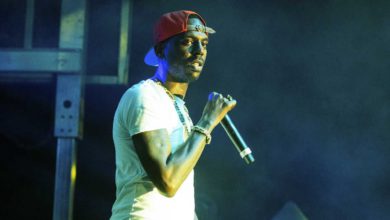 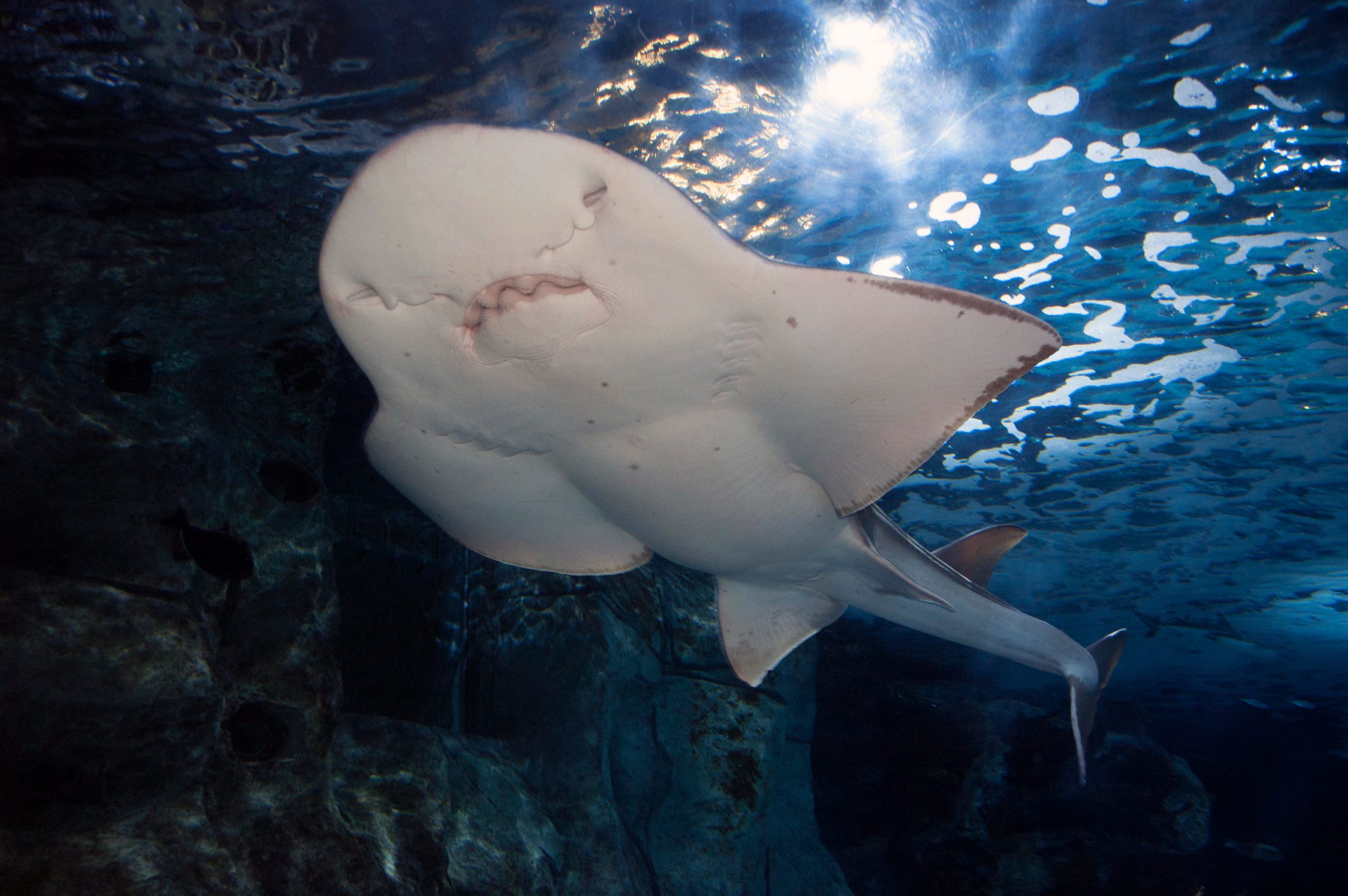 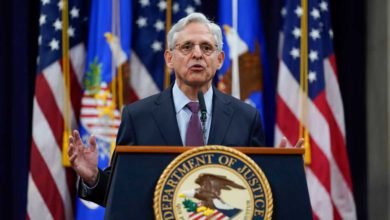