Ida's winds, which tied it for the fifth-strongest hurricane to ever hit the U.S. mainland, blew off roofs, snapped trees and flipped over trucks. Its storm surge submerged cars, flooded streets and even reversed the Mississippi River's flow.

The storm first crashed ashore near Port Fourchon, less than 100 miles south of New Orleans. A short time later it made a second landfall a few miles to the north, near Galliano. By then, power was out to more than 300,000 homes and businesses in the state, according to the tracking website poweroutage.us. That figure grew to 560,000-plus by late afternoon.

Louisiana Gov. John Bel Edwards said Ida could be the most powerful hurricane to hit the state in more than 160 years. Hurricane Katrina, which flooded most of New Orleans, killing almost 2,000 people and causing damages estimated at $125 billion, made landfall 16 years ago to the day – as a Category 3 storm.

“This is going to be much stronger than we usually see and, quite frankly, if you had to draw up the worst possible path for a hurricane in Louisiana, it would be something very, very close to what we’re seeing,” Edwards told The Associated Press.

More:Hurricane Ida rips off part of roof at Lady of the Sea hospital after Louisiana landfall

By early evening Ida had been downgraded to a Category 3, but it was still pounding parts of southeastern Louisiana with 125 mph winds, "catastrophic storm ... and flash flooding,'' the National Hurricane Center said.

Edwards acknowledged Sunday that the state faced a difficult few weeks. But he said levees rebuilt in the wake of Katrina should stand up to the challenge and help minimize the harm.

"All the models that we've seen ... show the hurricane storm damage risk-reduction system will hold and perform as intended," Edwards said. "Will it be tested? Yes. But it was built for this moment."

President Joe Biden, speaking at the Federal Emergency Management Agency's National Response Coordination Center in Washington, said the damage is likely to be "immense." He said resources, equipment and response teams were prepositioned and urged residents to follow the instructions of emergency officials and first responders.

"We are praying for the best and preparing for the worst," Biden said.

Don't miss crucial coverage:Stay updated on the latest news about Hurricane Ida and its aftermath with the Daily Briefing

Ida was forecast to move well inland over portions of Louisiana and western Mississippi on Monday into the night. The National Weather Service issued a tornado watch for parts of Louisiana, including New Orleans, as well as parts of Florida, Mississippi and Alabama. Flooding was already underway in parts of Mississippi on Sunday morning.

New Orleans officials urged residents who did not evacuate to remain sheltered until the city can assess damage, likely Monday morning.

"Be calm in the midst of this storm," Mayor LaToya Cantrell said. "You have everything you need. We will get through this together."

City officials also expressed confidence in the flood protection system, which underwent a $14 billion upgrade after failing during Katrina. Hurricane Ida could dump up to 20 inches of rain on the city, Deputy City Administrator Officer Ramsey Green said.

However, a levee overtopped in Plaquemines Parish south of New Orleans, prompting officials to issue a warning.

New Orleans residents were asked to conserve water because of an electrical outage affecting the sewer system. Local utility Entergy New Orleans said it had provided extra generators and is working to find the cause of the outage, which did not affect the pumping system that clears the city of floodwaters, Green said.

Still, "it's an incredibly fragile system. That system can change at any point," Green warned.

Ida intensified so swiftly over three days that Cantrell said last week there was no time to organize a mandatory evacuation. She had, however, urged the city's 390,000 residents to leave voluntarily and warned those who stayed to prepare for long power outages.

Residents of the capital city of Baton Rouge, about 80 miles northwest of New Orleans, were also advised to leave for safer ground, but not all had the capability.

“Our bank account is empty – we can’t afford to leave,” said Robert Owens, 27, who had little choice but to ride out the storm at his family's duplex apartment with his wife, mother-in-law, roommate and four pets, lacking the money for gas and a hotel room to go elsewhere.

Ida, moving over the extremely warm waters of the Gulf, saw its top winds grow by 45 mph in five hours. The phenomenon, known as "rapid intensification," is typically defined as a tropical cyclone whose wind speeds increase at least 35 mph in 24 hours, according to Colorado State University meteorologist Phil Klotzbach. That can happen when a storm encounters an extremely conducive environment such as very warm water, low vertical wind shear and high levels of mid-level moisture.

"This is a sight no one wants to see on satellite," the National Weather Service tweeted as Ida advanced, calling the storm a "serious, life-threatening situation."

The winds began whipping through New Orleans on Sunday as the outer edge of Ida approached. As the power outages commenced, Entergy said 16,000 crew members were ready to assess damages and restore power when conditions allowed.

"Conditions will be extremely hazardous," the city Office of Homeland Security and Emergency Preparedness tweeted. "Power lines may fall and debris could become projectiles. Get inside and stay inside."

Residents were heeding the warnings. Aside from the gusting wind, the scene was eerily quiet in New Orleans' empty streets as the storm approached. During lesser storms, cars park atop curbs or pack onto grassy medians that divide many of the roads. But ahead of Ida, few cars could be seen, a sign that many local had fled ahead of the storm.

A few miles northeast of Port Fourchon, Grand Isle Police Chief Scooter Resweber said the roof of the police station was imperiled on the barrier island.

"We're still in the middle of this thing." Resweber said. "The lower floor and all of the police cars are flooded."

In Terrebonne Parish, 50 miles southwest of New Orleans, Sheriff Tim Soignet said at least 60% of residents had evacuated. The Terrebonne Office of Homeland Security and Emergency Preparedness posted on its Facebook page that, because of dangerously high winds, emergency medical services were no longer operating there.

"Please remain indoors and away from windows," the post said. "Stay safe Terrebonne!"

The nonprofit Cajun Navy Foundation is planning to send its Cajun Navy Ground Force to Houma, Louisiana, in Terrebonne Parish, on Monday once the situation is safe, foundation founder Rob Gaudet said.

He estimated that more than 100 volunteers will descend to the area to help with cleanup and other related efforts.

“We feel an even greater sense of urgency to be prepared,” Gaudet said. “And we went, actually last night, and purchased about three more chainsaws and kits.”

Volunteer Jay Carter, of Georgia, said his son texted him while he was on his way to Louisiana. His son didn't want Carter to leave.

“I basically told him that we all do this because one day if you’re ever in trouble, our kids, ourselves, then hopefully someone like the Cajun Navy will come along help us as well,” Carter said.

Storm preparations were complicated by the pandemic. Louisiana has been overwhelmed with cases, and most hospitals were preparing to continue operating through the storm. Ochsner Health, Louisiana's largest hospital system, equipped its hospitals with power generators and boilers to ensure the availability of hot water and power.

Edwards said shelters would operate with reduced capacities to reflect the "realities of COVID.” Immigration and Customs Enforcement and the Customs and Border Protection agencies said they would not conduct immigration enforcement at locations where disaster and emergency relief was being provided.

On Saturday, more than 90% of the Gulf of Mexico’s oil production was shut down as Ida churned through the western Gulf of Mexico. About 85% of the Gulf’s natural gas production had also been halted, according to the federal Bureau of Safety and Environmental Enforcement.

Workers had been evacuated from at least half of the 560 production platforms in the Gulf, according to the bureau.

Five named systems have reached the U.S. this year, but Ida was the first to make landfall at hurricane strength.

We're committed to making sure you have the hurricane news you need, as it happens. Please consider supporting our journalism with a subscription. 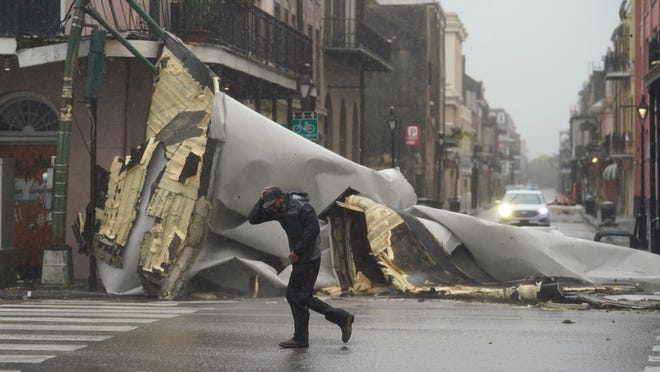 Fifth Third Bank to be part of $20M Avondale investment

Fifth Third Bank to be part of $20M Avondale investment 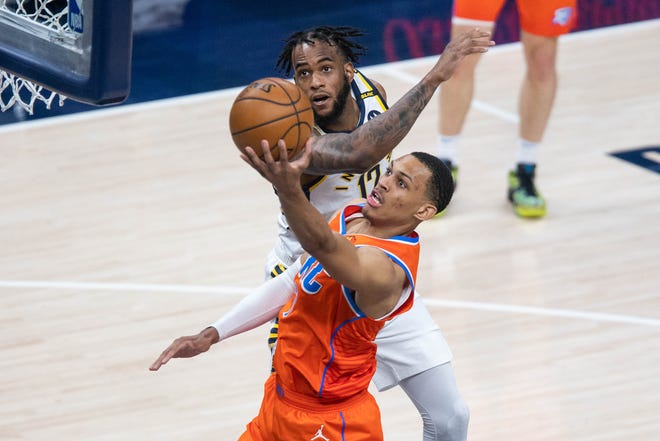 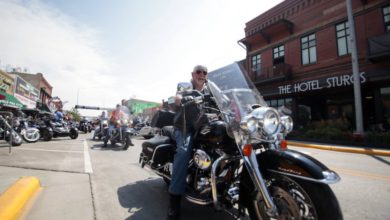 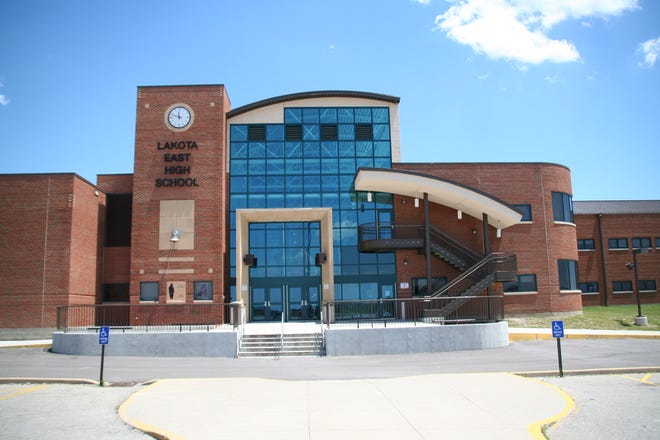 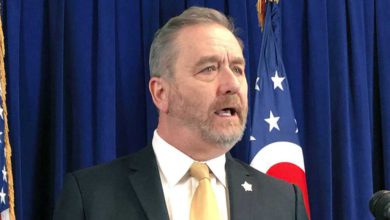 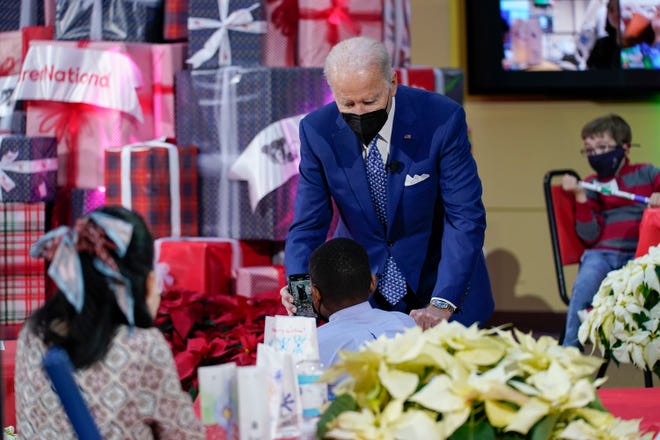 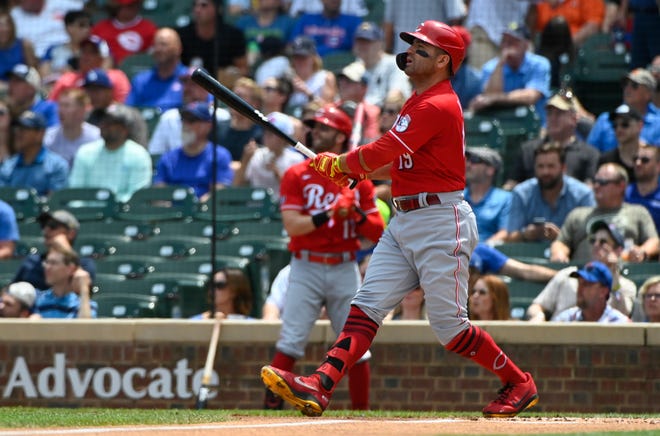