WASHINGTON – Two explosions outside Hamid Karzai International Airport on Thursday left an undetermined number of U.S. and civilian casualties and created a bloody, chaotic scene as U.S. and allied forces scrambled to evacuate people from Afghanistan.

The Pentagon confirmed the explosions but did not say who was responsible.

"We can confirm that the explosion at the Abbey Gate was the result of a complex attack that resulted in a number of US & civilian casualties,” Pentagon press secretary John Kirby tweeted. “We can also confirm at least one other explosion at or near the Baron Hotel, a short distance from Abbey Gate. We will continue to update.”

Fox News reported at least three U.S. Marines are among the injured.

Details are still emerging about the explosions, which the Pentagon announced Thursday morning amid warnings about the threat of an ISIS-K terrorist attack at the airport.

The Biden administration has increasingly warned about the threat of an ISIS-K terrorist attack at the Kabul airport as the Aug. 31 U.S. deadline to withdraw draws near.

1TV, an Afghan news station, published photos of the immediate aftermath of the blast showing people fleeing the scene. Images from reporters inside the airport showed a large dust cloud envelope the side of the airport as an explosion scattered crowds of people.

The U.S. Embassy in Kabul warned U.S. citizens to avoid the after the explosion and reports of gunfire.

The embassy issued an alert telling U.S. citizens who are at the airport’s three gates to leave immediately. Those that aren’t there should avoid traveling to the airport, the alert said.

The White House said President Joe Biden has been briefed on the explosion.

She lost her legs in a terror attack. Now, she's competing in the Paralympics 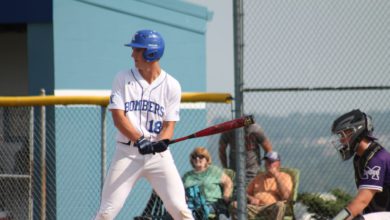 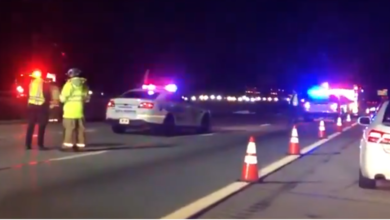 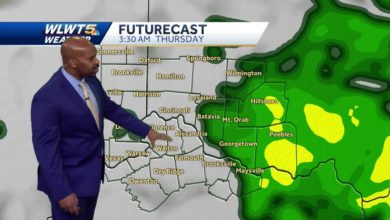 More Rain For Some