Armed protests are six times more likely to turn violent as protests where no guns are present, concludes a new study that analyzed more than 30,000 public demonstrations in the U.S. over the last 18 months.

After peaking last summer, the number of armed protests on the nation's streets has started to tick back up, according to the study from the advocacy group Everytown for Gun Safety and researchers with the Armed Conflict Location & Event Data Project.

After a cooling-off period following the Jan. 6 insurrection, there were twice as many armed public protests in June as in February, with more planned for the rest of the summer.

"This is the first time since our coverage began at the start of 2020 that we’ve seen such a continuous increase for so many months in a row," said Roudabeh Kishi, director of research and innovation for the Armed Conflict Location & Event Data Project. "The last time we recorded a steady rise in armed demonstration activity like this, it culminated in the attack on the Capitol."

The study examined 560 instances in which individuals – whether the protesters themselves or people who opposed them – brought firearms to demonstrations. In roughly one of every six of those demonstrations, “violent or destructive activity” ensued, the researchers found. At protests where no guns were present, one out of 37 turned violent.

Violent or destructive acts were carried out by both armed and unarmed protesters, the researchers said.

"In contrast, demonstrations involving right-wing militias or militant social movements –such as the Proud Boys, Oath Keepers, or the Three Percenters, among others – have turned violent or destructive over twice as often, or nearly 14% of the time," she said in an email.

Last summer, as protests erupted over the murder of George Floyd and police violence against people of color, there was a marked increase in the number of armed protests in states where carrying guns in public is legal.

The three months following Floyd's death in Minneapolis accounted for more than half of all armed protests in the 18 months studied.

Armed protesters typically weren’t aligned with the Black Lives Matter movement. Rather, in cities from Kenosha, Wisconsin, to Tyler, Texas, groups of armed vigilantes faced off against those protesters. Nearly 85% of the armed demonstrations that took place at the same time as Black Lives Matter protests were in opposition to those marches, the study found.

The consequences were often violent and sometimes deadly, with protesters on both ends of the political spectrum engaging in violent or destructive activity, the study found.

In August in Kenosha, 17-year-old Kyle Rittenhouse shot three people at a Black Lives Matter protest, killing two. In Portland the same month, a protester with the far-right group Patriot Prayer was shot and killed by a counter-protester who identified with the anti-fascist movement.

“The crux of this phenomenon and report is simple: When firearms are involved, demonstrations are more likely to lead to bloodshed,” said Justin Wagner, director of investigations at Everytown for Gun Safety, which pushes for tighter gun laws.

“We can see how easy access to firearms, particularly for far-right extremists and white supremacists, have continued to put our First Amendment rights in jeopardy,” he said.

Rittenhouse is charged with homicide, attempted homicide and four other felonies. The shooter in Portland was killed by federal agents attempting to arrest him.

The Jan. 6 insurrection is the most prominent example of a takeover of a government building by members of the extremist far-right. On a smaller scale, protesters, often armed, have gathered in shows of force at government buildings across the country, the report found.

More than 100 of the armed protests studiedtook place at government buildings, including statehouses, vote-counting centers and the U.S. Capitol. Twelve of those protests turned violent, researchers found.

In December, the state capitol in Salem, Oregon, was overrun by armed protesters after a Republican lawmaker allowed them into the building. Pro-Trump, anti-mask protesters fought with police and pepper-sprayed officers and journalists. Four people were arrested in the riot.

Capitol protest tracker:What happened when protesters showed up at state capitols after the Jan. 6 insurrection

The findings show the chilling effect of guns on the democratic process, said Arjun Sethi, a law professor at the Georgetown University Law Center who was not involved with the study.

Armed groups at government buildings, overwhelmingly made up of white males, send “a threatening message to marginalized members of the community,” Sethi said. “It's a message of intimidation and harassment, and in some ways discourages minorities and other marginalized communities from actively participating in democracy.”

That's the point, said Sarah Vinson, a forensic psychiatrist and associate professor of psychiatry and behavioral sciences at Morehouse School of Medicine.

“It harkens back to the context of white men not getting what they want and being violent,” Vinson said. “When people come to city centers or capitals and they do that, there’s a level of boldness that can be concerning to people who’ve been on the receiving end of violence from that same demographic.”

In Virginia, for example, the state legislature passed a bill earlier this year prohibiting the carrying of firearms within Capitol Square and the capitol building, which had been the site of massive, pro-gun rallies.

In January, the Michigan State Capitol Commission voted unanimously to prohibit the open carry of weapons in the Capitol building. That followed a 2020 incident in which dozens of armed protesters took over the capitol to demand an end to coronavirus stay-at-home orders.

“These armed demonstrations in public spaces – particularly state Capitols – are dangerous and clearly an attempt to intimidate lawmakers,” Wagner said. “The good news is that we can stop this armed intimidation by simply following the lead of Virginia and Washington and passing common-sense laws to prohibit firearms from public spaces and government buildings.”

Heat streak continues this week with chances for rain, storms

Henri makes landfall in Rhode Island as a tropical storm 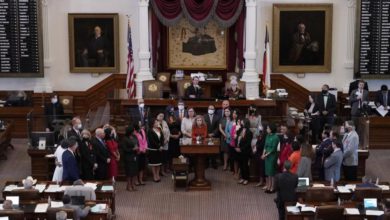 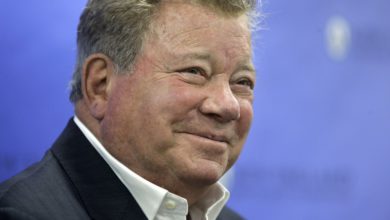 William Shatner to launch into space on Blue Origin flight 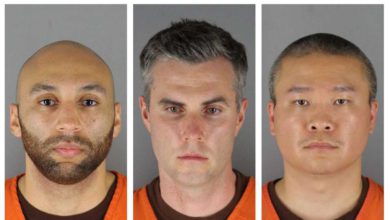 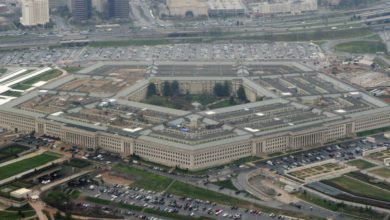 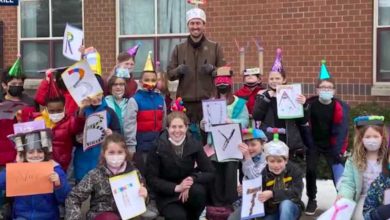 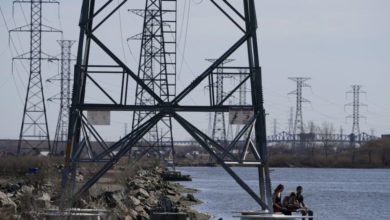