Impeachment managers in the Senate trial of former President Donald Trump on Sunday defended their decision not to call witnesses.

Del. Stacey Plaskett of the U.S. Virgin Islands, confirmed on CNN's "State of the Unions" that the managers were told calling witnesses, a move that could have dragged the trial on for weeks or months, could have cost them the support of one or more of the seven Republicans who ended up voting to convict.

Host Jake Tapper said a Democratic senator told him that if the trial was not concluded quickly, they would lose GOP senators, such as Sen. Richard Burr of North Carolina.

"We heard that," Plaskett said, adding she agreed it was "possible" the time required to gather witness testimony would have weakened the little GOP support they had.

But Plaskett denied that concern factored into their decision to reach a compromise that allowed the addition of a statement from Rep. Jaime Herrera Beutler, R-Wash., into the trial record without having to depose her.

When Tapper asserted that witnesses "might have made the case more compelling," Plaskett quickly interjected to ask him if he thought they would have convinced any more senators to convict. When Tapper acknowledged he didn't know, Plaskett flashed a dubious expression.

Sen. Chris Murphy, D-Conn., agreed the impeachment managers "might have lost votes if they had moved forward with a week or two or three weeks of argument over witnesses."

"They weren't going to get any more Republican votes than they had," Murphy told CNN. "I think they made the right decision to move to closing arguments."

Before Saturday, the impeachment managers had indicated they did not intend to call witnesses, arguing they had made their case without them. But after Herrera Beutler issued a statement Friday saying that Trump had rebuffed a plea from House Minority Leader Kevin McCarthy to urge the rioters to stop, Raskin made an unexpected request to depose her.

“He got a load off his chest, obviously, but unfortunately he put a load on the back of Republicans,” Graham, a staunch Trump defender, told Fox News Sunday. “That speech you will see in 2022 campaigns.”

Although McConnell, R-Ky., voted for acquittal, he said Trump's "crescendo of conspiracy theories" and false claims of a stolen election led to the riots in which his supporters rampaged through Capitol, bloodied police, tried to hunt down House Speaker Nancy Pelosi and chanted about murdering Vice President Mike Pence.

“They did this because they had been fed wild falsehoods by the most powerful man on earth because he was angry he had lost an election,” McConnell said. “Former President Trump’s actions preceded the riot for a disgraceful dereliction of duty.”

Graham said he viewed McConnell's speech as "an outlier regarding how Republicans feel about all this."

Democrats, GOP look to move on after Trump acquittal

The impeachment trial of former President Donald Trump is over and lawmakers on both sides of the aisle said they hope to move forward, concentrating on the plethora of competing crises in the country.

Trump was acquitted in a 57-43 vote Saturday of inciting an insurrection at the U.S. Capitol last month. The Senate trial was historic, marking the first time a president had been impeached and tried twice, and the vote marked the most bipartisan push for conviction of a president in U.S. history, with seven Republicans joining all Democrats to convict.

Democrats had argued that before the country and members of Congress could heal and move forward, Trump needed to be held accountable through the impeachment process. Now, they say, the country can move forward. And there’s a lot to focus on, including the still raging COVID-19 pandemic and economic downturn.

Rep. Jamie Raskin, D-Md., who led the House impeachment prosecution team, said his focus would now be on the future. “From here,” he said, “it's time for us to get back to real democracy.”

House Speaker Nancy Pelosi, D-Calif., said the House would be moving “forward to make sure that this never happens again" and would "investigate and evaluate what caused this" in terms of the motivation of the rioters who stormed the building and of the security at the Capitol.

Sen. Rick Scott, R-Fla., said in a statement now that impeachment was done, “it’s time to get back to work.” Fellow Republican Sen. Roger Marshall of Kansas agreed, saying he hoped the end of this process would “allow temperatures to finally settle and for us to work in a bipartisan fashion moving forward.”

“It’s true, we face many challenges ahead as a nation. But, I remain confident there are brighter days ahead,” he added. “It’s time for Congress to get back to the work of the American people.”

Sen. Jack Reed, D-R.I., agreed and argued that even while Congress and the country was officially turning the page on the Trump presidency with Saturday’s acquittal vote, Congress still had to do its oversight work of his four years in office.

“As much as I’d like to turn the page from the disgraceful Trump era, Congress still must perform its investigative and oversight responsibilities to determine all the facts and uncover evidence that has been concealed,” he said.

What's next after Trump acquittal?

WASHINGTON – The question on everyone’s lips after the Senate voted Saturday to acquit former President Donald Trump was: What now?

The riot Jan. 6 at the Capitol revealed festering, violent anger over national politics. The House charged Trump with inciting the insurrection that left five dead. But while a majority of the Senate voted to convict, it fell short of the two-thirds majority required to convict, which would have allowed the Senate to bar him from future office.

Sen. Lisa Murkowski of Alaska, one of seven Republicans who joined Democrats in voting against Trump, worried about the hatred over politics.

“The country is divided,” said Murkowski, who won a write-in campaign after losing in the Republican primary. “And the country has chosen sides in a way that, as we can see, can be very aggressive and can lead to violence.”

An open question is how much Trump will loom over the Republican Party while out of office. He thanked his supporters shortly after the Senate verdict and vowed to continue in politics.

Senate Minority Leader Mitch McConnell, R-Ky., voted to acquit Trump. But then he assailed the former president in a Senate speech as “practically and morally responsible” for the violence of Jan. 6.

“They did this because they had been fed wild falsehoods by the most powerful man on Earth because he was angry he had lost an election,” McConnell said.

“Tragically, Senate Republicans who voted not to convict chose to abandon the Constitution, the country and the American people with this vote,” Pelosi said.

Murkowski still has the riot gear at her office in the Capitol, which was near windows where the mob burst through on Jan. 6. The hall was strewn with trash after the attack. She heard a police officer retching in the bathroom after getting sprayed with pepper spray. She finds herself discouraged with the current state of politics.

“Politics is rough and tumble and we understand that. And I'd love to think that we can argue back and forth about the merits of whether or not we need to increase the minimum wage or what we need to do on trade policy.” Murkowski said. “Let's argue it, let's debate it. Let's have wins, let's have losses. But let's stop this hatred. Let's stop trying to denigrate the other side so that we can gain the advantage. Let's just talk about our good ideas.”

In a press conference following the Senate’s vote to acquit Trump, Rep. Jamie Raskin, D-Md., one of the lead lawmakers presenting the case, said more witness testimony would not have convinced Republicans.

“We could have 500 witnesses and it would not have overcome the kinds of arguments being made by Mitch McConnell and other Republicans,” he said.

Biden says all Americans must ‘defend the truth’

President Joe Biden is responding to the acquittal of Donald Trump by stating that all Americans, especially the nation’s leaders, have a duty and responsibility “to defend the truth and to defeat the lies.”

Biden says that in doing so, “that is how we end this uncivil war and heal the very soul of our nation. That is the task ahead. And it’s a task we must undertake together.”

The new president also says “that violence and extremism has no place in America.”

The White House issued Biden’s statement late Saturday night, several hours after the Senate failed to muster the two-thirds vote needed to convict Trump of incitement in the attack on the U.S. Capitol. The 57-43 vote included seven members of Trump’s own Republican Party.

In looking back on the insurrection at the U.S. Capitol and Trump’s role in it, Biden says “this sad chapter” in American history is a reminder that democracy is fragile and must always be defended. He also says that the nation “must be ever vigilant.” 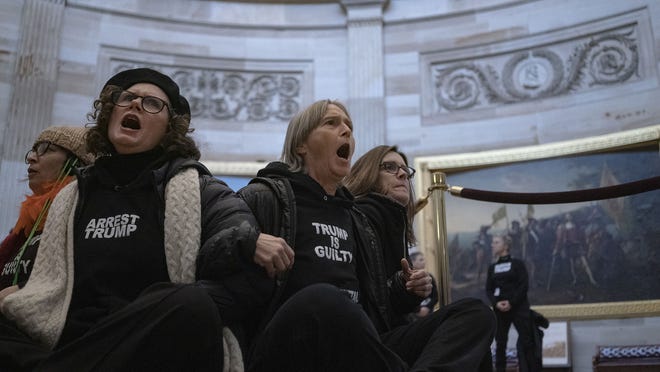 One year out, challenges remain for new suicide prevention hotline 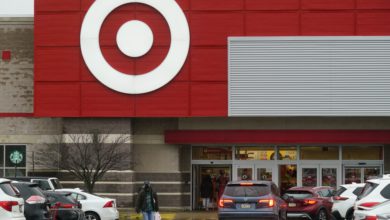 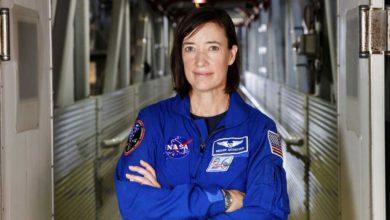 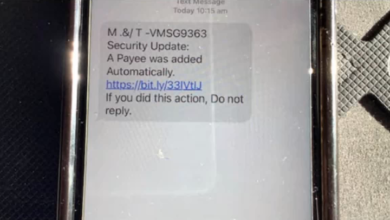 Text message scam shows no signs of slowing down 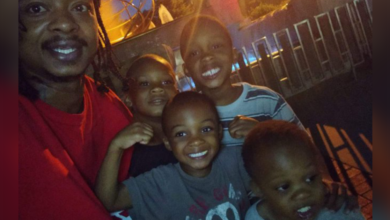 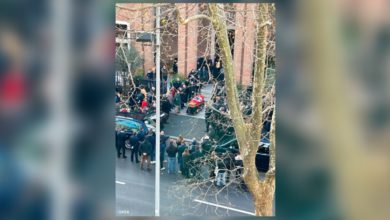