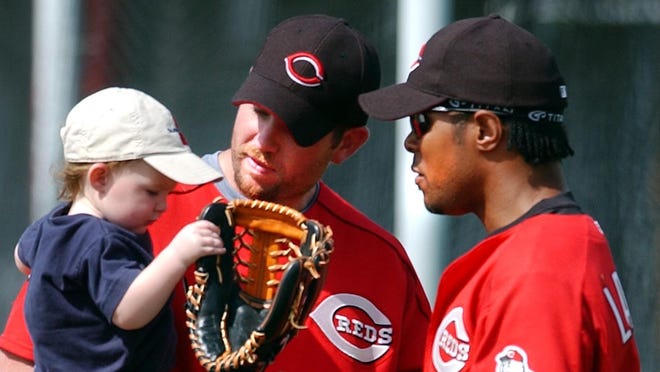 In 2012, Kennesaw Mountain High School’s pitching coach approached the manager with an idea: What if they let a true freshman, a 14-year-old catcher, call games from behind the plate?

Usually, a catcher waits to become a professional to begin telling a pitcher what to throw and shaping the game from behind the plate. But this catcher was Tyler Stephenson.

And as a high school baseball player in Kennesaw, Georgia, the game came naturally to him.

“I remember being a freshman in high school, I was 14 years old and my coach told me you’ve got to start calling games because later on that’s what you’re going to be asked to do,” Stephenson said. “It was great to hear that back then. Now, I take pride in that.”

Heading into the 2021 season, only two catchers 24-or-younger are projected to make an MLB roster out of spring training. One of them is Ryan Jeffers of the Minnesota Twins.

The other is Stephenson, who’s one of the best catching prospects the Reds have ever had. At 6-foot-4 and 225 pounds, he’s one of the biggest catchers in MLB. He’s a power hitter who hit two of the best home runs of the Reds’ 2020 season in just 17 at-bats. According to MLB.com, he’s a top-100 prospect.

More:Lucas Sims talks about the competition for the Cincinnati Reds closer job

And this season, Cincinnati’s 2015 first round draft pick is heading to the big leagues.

“The sky's the limit,” Reds manager David Bell said. “There are no limitations on him. He’s big, strong, talented, athletic, intelligent. He really has all the tools.”

Stephenson got a taste of the Major Leagues last season, appearing in eight games and spending 19 innings behind the plate. In 2021, after the Reds released catcher Curt Casali, Stephenson is expected to become a regular contributor and split time with starting catcher Tucker Barnhart.

Instead of pursuing a high school baseball program further from home that might have won more his freshman season, Stephenson played for a rebuilding Kennesaw Mountain varsity team with a baseball field that was nearly in his backyard.

More:2021 Cincinnati Reds questions: How many games will they win?

“He was like, this is my school, this is my community and this is the place that I live,” Kennesaw Mountain manager George Hansen told The Enquirer. “Knowing that this was a way for him to put his community on the map was a factor.”

Early in Stephenson’s freshman season, Kennesaw Mountain played Osborne High School, a local powerhouse. Stephenson went 2-for-2 in his first two at-bats. Before a clutch moment and his final at-bat of the game, Stephenson asked Hansen if he could bat left-handed.

“Do you hit left-handed?” Hansen asked him.

“Yeah, you know, I’ve been working at it in the cage,” Stephenson replied.

And then Stephenson stepped up to the plate and hit a 380-foot home run over the tree line in right field. 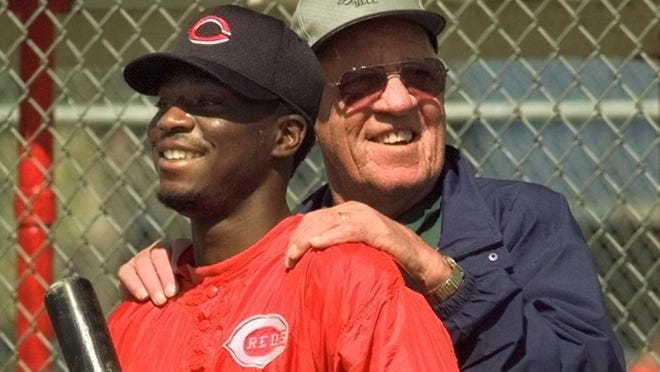 “That was the signal that we had someone who was pretty special,” Hansen said.

What Stephenson did defensively was just as exceptional. Local umpires asked Hansen if Stephenson was catching that day. When he was behind the plate, the umpires told Hansen they felt like they were working an MLB game.

Even at 14 years old, Stephenson was pitch framing, aligning his body to make a borderline pitch appear to be a strike. Because of Stephenson, Hansen said Kennesaw Mountain got nearly every close strike call.

Stephenson was doing so well that the coaches let him call the game beginning in the middle of his freshman year. According to Hansen, his biggest strength was reading the batter and instantly analyzing strengths and weaknesses in a batter’s swing. Then he would set himself up defensively, develop a plan for the at-bat and tell the pitcher what to throw.

At the high school level, there aren’t analytics like there are in MLB that tell a catcher how hard every batter can hit against a two-seam fastball on the left outside corner of the plate. It can be hard to even find an accurate batting average.

So Stephenson analyzed opposing hitters on the fly, leading Kennesaw Mountain to become the third-ranked team in the country with one of the best pitching staffs in high school baseball.

“With his knowledge of the game and how into the flow of the game he was, the vast majority of the time his instincts were correct,” Hansen said. “We just let him run with it. We turned the pitchers over to him his freshman year, and we never regretted it.”

More:What it means to have Sonny Gray back at the top of the Cincinnati Reds starting rotation

The Reds were watching Stephenson grow into one of the best high school baseball players in the country. Cincinnati believed so strongly in Stephenson that they drafted him with the 11th overall pick in 2015.

Stephenson’s power, arm strength and intelligence led to comparisons within the organization between him and former Reds catcher Devin Mesoraco, who was the team’s starter at the time. Mesoraco was coming off an All Star 2014 season where he hit 25 home runs and had an .893 on-base plus slugging percentage. 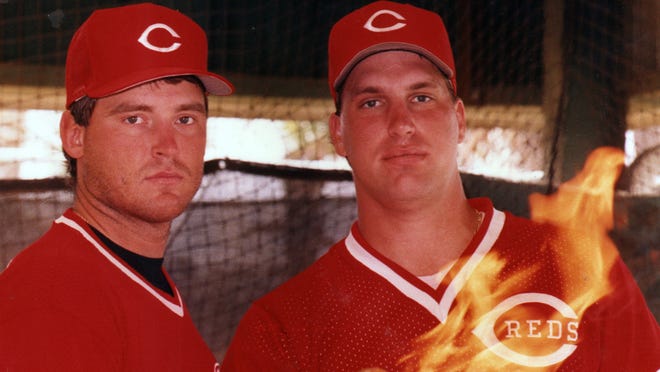 “I think Stephenson and Mesoraco were both learning how to play defense in the minors and learning to not let your offense influence your defense at all,” said Reds Triple-A manager Pat Kelly, who coached them both. “They were thought of as offensive players with the ability to catch and throw and were a little behind defensively. That was the part of the game that they had to work on.”

In his first Spring Training, Stephenson was a player most coaches and players made a point to see. But Stephenson wasn’t close to a finished product.

“I got to throw to him in Spring Training," said Reds pitcher Tejay Antone, who’s played with Stephenson throughout his minor league career. "And I was like, this guy is a big catcher, and he doesn’t move that well back there."

So the Reds did the same thing with Stephenson that they did with Mesoraco –– they made former Reds catcher Corky Miller his mentor.

“The greatest resource was Corky Miller,” Mesoraco told The Enquirer. “With the role that Corky is in, that’s his job, to work with and develop the catchers. Really, there’s no one suited better for that than Corky.”

When Mesoraco played with the organization, Miller was Mesoraco’s backup catcher in the minor leagues and briefly with the Reds. Now, Miller is the franchise’s catching coordinator.

Mesoraco knows what it’s like working with Miller as you move your way up the ranks.

“Once you start getting scouting reports for hitters, once you start going around the league a couple times and realize this guy is going to sit with a certain pitch, that’s when you truly get a feel for developing game calling,” Mesoraco said. “That takes more time to develop than your arm strength or your ability to hit.”

Mesoraco said it took until his third season in MLB, 2013, before he felt fully in control behind the plate. Stephenson, who wears Miller’s No. 37 jersey number, is already on the fast-track.

When he was on the Reds traveling taxi-squad last season and during his eight-game stint on the active roster, Stephenson sat in the team’s game-planning sessions and learned from the big-league catchers, pitching coaches and pitchers.

As a result, he’s already spent time with the pitchers he’ll be working with this season.

“There’s that connection of trust,” Antone said. “It’s very simple –– how do I attack hitters, and what do I do in certain situations? Being on the same page is all it comes down to. He’s caught me a lot. He has made tremendous gains.”

More:Cincinnati Reds betting big on their offense bouncing back this season

But Stephenson isn’t like most catchers, and now he’ll get the chance to show it.

“Every year in the last few spring trainings I’ve been to, the ultimate goal is obviously to be in the big leagues,” Stephenson said. “As close as it is now, things are lining up. It’s exciting.”

Travel in time to the Highland Coffee House, the place you need now 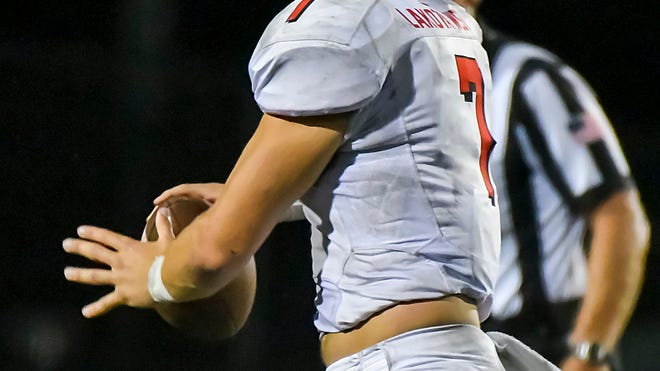 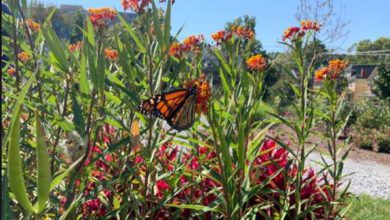 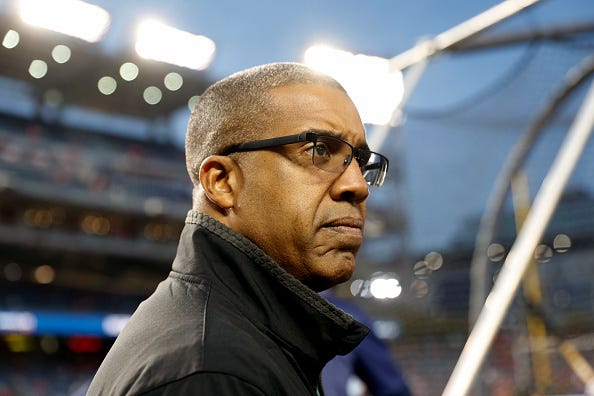 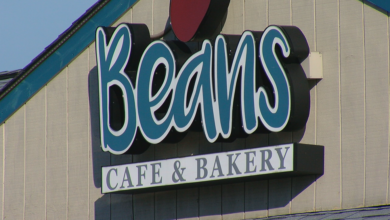 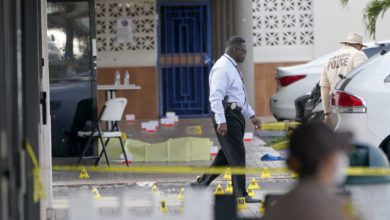