Over 90,000 more Americans are likely to die from COVID-19 related causes by June 1, a leading forecasting institute says. The projection comes as the U.S. expects to surpass 500,000 deaths within the next two days and Dr. Anthony Fauci says it's "possible" that Americans will still be wearing masks in 2022.

The University of Washington's Institute for Health Metrics and Evaluation (IHME) also warns that the world may never reach herd immunity.

IHME projects that 589,197 Americans will have died by the end of May. The good news is the institute projects that deaths could drop to fewer than 500 per day by then, and the number could be even lower if Americans are vigilant about wearing masks. The U.S. is currently averaging about 2,000 deaths per day.

More than 75% of Americans now say they wear masks in public. To reach the lower death numbers, the percentage should be about 95%, IHME says.

The institute notes that some political and public health leaders have argued that vaccinating 70%-80% of the global population could effectively end further transmission. But even nations fortunate enough to procure sufficient quantities of vaccine may never reach herd immunity, in which case COVID-19 could become a seasonal affliction that comes each year.

"While it's possible to reach herd immunity by next winter, it seems increasingly unlikely we will do so, and in light of that we all need to shift our expectations," IHME says.

►Britain will unveil its plan Monday for unwinding one of the world's strictest COVID-19 lockdowns. American public health officials will be watching closely. The Centers for Disease Control and Prevention believes that by April B.1.1.7, the more transmissible COVID-19 variant originally identified in Britain, is likely to be the dominant one within U.S. borders.

►Nationwide, enrollment at community colleges dropped 10% from fall 2019 to fall 2020, according to the National Student Clearinghouse.

►It has been 10 months since Abby Adair Reinhard's father died from COVID-19. The Rochester, New York, woman whose chronicle of his death drew nationwide empathy, is still struggling with the loss.

►Fifteen athletes who were supposed to be participating in sports at U.S. colleges as first-year international students during the 2020-21 academic year are suing the Department of Homeland Security and ICE over a policy that prevents students from coming to the U.S. if their schools aren’t offering in-person courses.

►Public health officials in Alaska, where distribution of vaccines has set a gold standard, said 3,000 doses of the coronavirus vaccine will arrive later than expected because of a winter storm that has ravaged the continental U.S.

? Today's numbers: The U.S. has more than 28 million confirmed coronavirus cases and 497,000 deaths, according to Johns Hopkins University data. The global totals: More than 111 million cases and 2.46 million deaths. More than 78.1 million vaccine doses have been distributed in the U.S. and about 59.5 million have been administered, according to the CDC.

? What we're reading: 'This has to be the moment' to invest in coronavirus vaccines and treatments against future pandemics, experts warn

Many Americans are fed up with wearing masks, desperate for a return to normalcy and numb to the relentless stream of brutal numbers, such as the 500,000 COVID-19 deaths the U.S. is about to surpass. Health care workers don’t want to hear any of that. They have been working endless hours amid constant death and suffering, forsaking time off and exposing themselves to the disease, leaving them exhausted and with no real indication of when the pandemic will relent.

“There’s definitely some tangible fatigue on the health care workers’ side, being sick of COVID and sick of people disregarding public health guidance, getting sick and expecting us to defer another vacation or put off something else,’’ said Dr. Eric Cioe-Peña, an emergency room physician now running a COVID field hospital in Staten Island, New York.

Fauci: 'Normality' possible by year's end, but masks may stretch into 2022

Speeding up vaccine distribution and continuing to wear masks and social distance will be key factors in curbing the "historic" pandemic, Fauci, the Biden administration's top health adviser, said Sunday. Fauci, speaking on CNN's "State of the Union," said the country could be "approaching a degree of normality" by the end of the year but that Americans may still need to wear masks in 2022.

"When the overwhelming majority of the people in the population are vaccinated, then I would feel comfortable in saying, you know, 'We need to pull back on the masks,'" Fauci said. "The better we do at getting vaccine into people's arms ... that will be another important tool against preventing" spikes.

Fauci said last week that activities such as safe indoor dining or attending a movie could be possible between the fall and end of the year.

Millions of kids are skipping kindergarten as learning gap widens

Although national statistics aren’t available, one survey last fall of more than 60 school districts in 20 states found that enrollment dips have been especially pronounced in kindergarten – on average, these districts have 16% fewer kindergartners than they did during the 2019-2020 school year. The decision to opt out of kindergarten right now could have major implications if elementary schools fail to adjust their expectations of what kindergarten and first grade should entail once the pandemic recedes.

“We're going to have, next year, 5- and 6-year-olds bearing the weight of a pandemic,” said Jody Britten, an Indianapolis-area-based educator and researcher who oversees the national Early Learning Alliance Network. “We can’t just sit them in front of an intervention and they're gonna magically make up for a year. That's not how it works.”

The Hawaii Department of Health has temporarily elongated the window incoming travelers have to complete a negative coronavirus test. The state said that travelers can now take their pre-boarding coronavirus test up to 96 hours before their flight instead of 72 hours because of winter storms that have ravaged the continental U.S.

The test will still have to be conducted by a state-approved provider. The extension will be in effect through Sunday, Hawaii News Now reported.

Growing evidence suggests that a smartwatch or Fitbit could help warn wearers of a potential COVID-19 infection prior to a positive test result. Wearables such as the Apple Watch, Samsung Galaxy smartwatch, Fitbit and other devices can collect heart and oxygen data, as well as sleep and activity levels. Researchers are studying whether a body's health data might signal an oncoming COVID-19 infection.

A COVID-19 infection may not be imminent for a person whose heart or activity data suggests a potential infection. But the increased likelihood – and the ability to alert the patient to get tested and possibly quarantine – could provide a vital tool in preventing the spread of the disease and tracking it, researchers say. Such findings, if proved out, could lead to remote medical alerts for other possible viruses, flu and undue stress.

Entire school board quits after mocking parents on livestream

The president and all three other members of a California school board have resigned after mocking parents in a livestreamed meeting on school reopening that they appeared to think was private. Greg Hetrick, superintendent of the Oakley Union Elementary School District in Costa County, announced the board members had submitted their resignations in a letter to the school community Friday, calling it an "unfortunate situation." Video of the Wednesday night meeting has circulated on social media and appears to capture board members mocking parents who have been writing letters to petition the board to reopen schools amid the coronavirus pandemic.

"They want to pick on us because they want their babysitters back," said Board President Lisa Brizendine.

The board members also use expletives and laugh about parents who take medical marijuana. Toward the end of the recording, the board members appear shocked to receive a message alerting them that the livestream is public. In a statement, the board members expressed their "sincerest apology" and said they "deeply regret the comments that were made in the meeting." 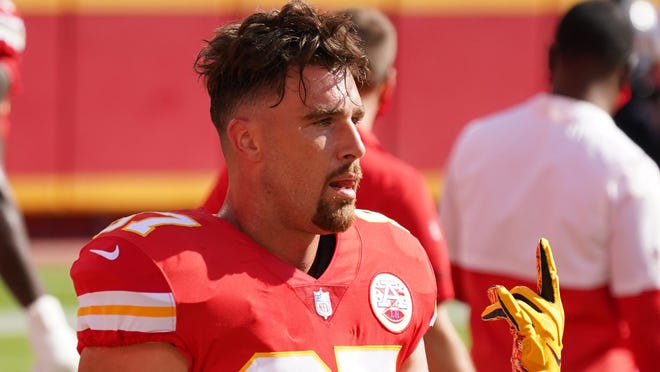 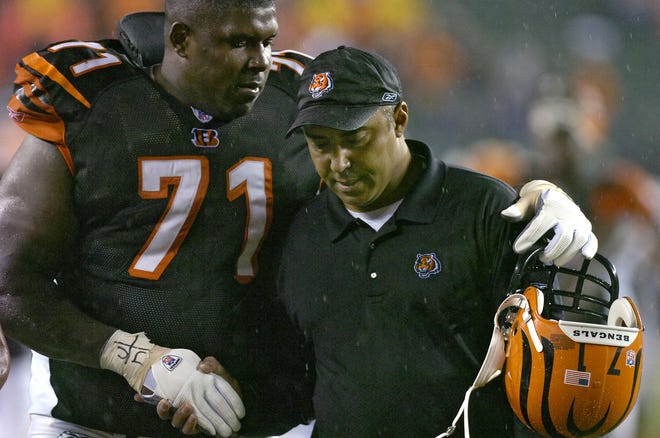 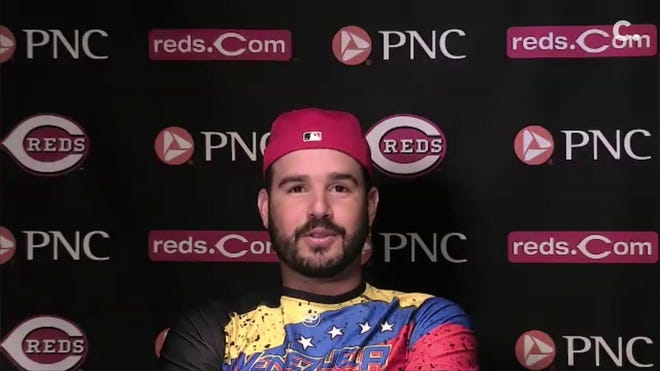 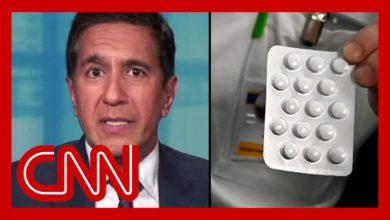 Gupta: The truth about using chloroquine to fight coronavirus pandemic 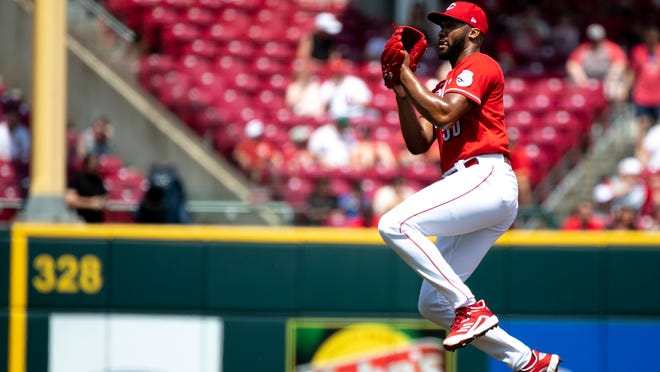