The team announced the name change, which will take place after the 2021 season, with a roughly two-minute video that was Tweeted out Friday morning and narrated by Tom Hanks, a Cleveland fan. The video also featured The Black Keys.

Roughly a year after the team announced that it was considering a name change and six months after committing to doing so, one has been selected.

"We are a city on the rise, forging into the future from our ironed-out past," Hanks says in the announcement video. "We are a city of fire and water, of trees and towers, built through generations of blue collars and the brightest scholars and all of those who have worked harder."

"You see, there's always been Cleveland that's the best part of our name. And now it's time to unite as one family, one community, to build the next era for this team and this city. To keep watch and guard what makes this game the greatest."

"We are loyal and proud and resilient. We protect what we earn and always defend it. Together we stand with all who understand what it means to be born and built from The Land. Because the is the city we love and the game we believe in. And together, we are all Cleveland Guardians."

The team in June announced that nearly 1,100 names had been considered during the process, which including the surveying of 40,000 fans, along with community leaders.

Cleveland has gone by the team name "Indians" since 1915.

“We are excited to usher in the next era of the deep history of baseball in Cleveland,” team owner Paul Dolan said in a statement. “Cleveland has and always will be the most important part of our identity. Therefore, we wanted a name that strongly represents the pride, resiliency and loyalty of Clevelanders. ‘Guardians’ reflects those attributes that define us while drawing on the iconic Guardians of Traffic just outside the ballpark on the Hope Memorial Bridge. It brings to life the pride Clevelanders take in our city and the way we fight together for all who choose to be part of the Cleveland baseball family. While ‘Indians’ will always be a part of our history, our new name will help unify our fans and city as we are all Cleveland Guardians.”

The Guardians name is a nod to the Art Deco figures — the Guardians of Traffic — which have stood along the Hope Memorial Bridge since 1932. As cited by Cleveland Magazine, Wilbur Watson, the bridge's engineer, once wrote that the figures were meant to "typify the spirit of progress in transportation." This was one of the more popular city-centric options, as the Guardians figures have also been featured on the banner across from Rocket Mortgage FieldHouse.

“This is a historic moment for our franchise, and we are excited for our players and staff to debut our new team name and look in 2022," said president of baseball operations Chris Antonetti in a statement. "We look forward to our team proudly representing the city of Cleveland as the Guardians. Our club will strive to unite and inspire our entire community.”

The team color scheme will remain the same. A diamond C logo will replace the Block C.

“Since the announcement to change the name in December, our team has been hard at work to ensure we pick a name that our community, fans, partners, employees and players will be proud to have represent Cleveland Baseball,” president of business operations Brian Barren said in a statement. “Through our research and discussions, we identified a few key themes that were most important to fans – connect to the city of Cleveland, honor our rich baseball history and unite our community – and we believe Guardians upholds all three of those pillars.”

Ryan Lewis can be reached at [email protected] Read more about the Indians at www.beaconjournal.com/indians. Follow him on Twitter at @ByRyanLewis.

Humidity creeps in, storms back Sunday 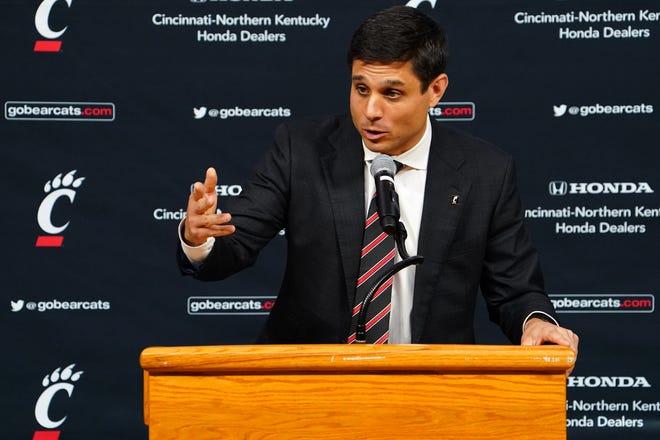 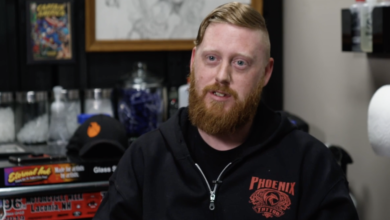 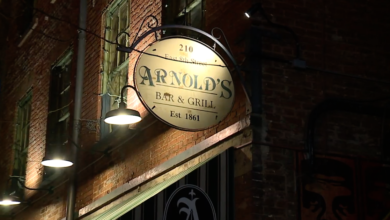 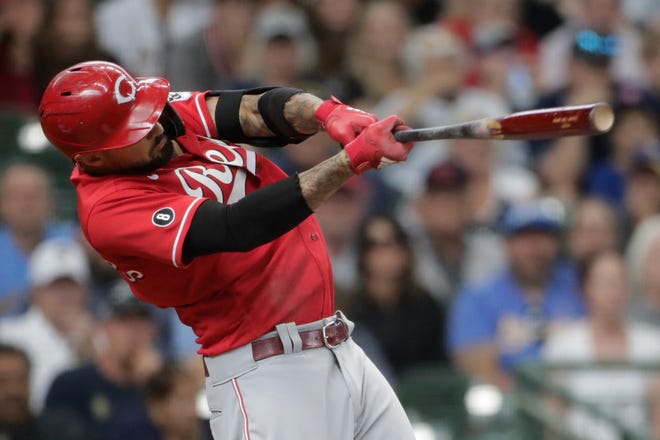