Conference championship week always shakes up the NCAA Tournament bubble in unpredictable fashion. This year, among the three major programs to opt out of their league tournaments due to COVID-19 protocols was Duke — Kansas and Virginia also were forced to shut it down.

The Blue Devils never got a shot to face Florida State and make a run for an at-large or automatic bid in the ACC Tournament, and while that likely served as good news for any of the bubble teams sitting at home (ahem, Drake), now there's more trouble for chasing bubble teams.

With most of the bubble teams left no longer playing, they'll be sweating it out until the end of the Selection Sunday show.

START YOUR BRACKET POOL:Create a pool, invite friends and be ready for Selection Sunday

The winners and losers on the NCAA Tournament bubble from conference tournament action:

Big Ten teams. Starting off the week heading into the Big Ten tournament, Maryland (No. 10 seed), Rutgers (No. 10 seed) and Michigan State (No. 11 seed) were on the bubble. Now they're safe. Maryland played its way into the safety zone after suffering ugly losses to Northwestern and Penn State to close the regular season. The Terrapins (15-13) beat fellow bubble team Michigan State in the second round and that was the victory they needed to stay away from the wrong side of the bubble. Rutgers (15-11) took down Indiana in the second round and that will be enough to secure an automatic bid, despite the loss to Illinois in the quarterfinals. While the Spartans (15-12) lost to Maryland and post a NET score in the 70s, their late-season Quadrant 1 wins over Illinois and Michigan will speak volumes to the selection committee.

Syracuse (In – No. 12 seed). Despite losing to top-seeded Virginia on a buzzer-beater on Thursday, the Orange (16-9, 9-7 ACC) are squeezing into the projected field. They have done enough by beating North Carolina State in the second round of the ACC tournament – their third win in a row. Still, without another game to play, it's gonna be close for coach Jim Boeheim's team. The committee will see just one Quadrant 1 win on the team's profile.

Utah State (In – No. 12 seed). The Aggies (20-8, 15-4 Mountain West) lost to San Diego State 68-57 on Saturday in the Mountain West Conference tournament final but before that took down fellow bubble team Colorado State 62-50 in the semifinals, and that might be enough to hear their name called on Selection Sunday. That's after USU hammered UNLV 74-53 in the Mountain West tournament quarterfinals Thursday to stay in consideration for an at-large bid. The concern is there's just two Quadrant 1 wins and two Quad 2 victories on the résumé.

Wichita State (First Four out). The Shockers (16-5, 11-2 AAC) fell 60-59 to Cincinnati in an American Athletic conference semifinal Saturday. Even though Wichita State was the regular-season champion in the AAC, its profile isn't so safe so now the team will likely be a close call.  WSU couldn't afford a bad loss, so surviving South Florida 68-67 in the AAC quarterfinal matchup Friday was a much-needed win. WSU's NET score in the 60s is troublesome, as are just two Quadrant 1 wins. But it's a solid profile otherwise, including a top-15 non-conference strength of schedule.

Colorado State (First Four out). The Rams (18-6, 14-4) might've come up short in the MWC tournament semifinal to Utah State, but they're still in the projected field — barely. They beat Fresno State 72-62 on Thursday, which was necessary to stay on the right side of the bubble. Just two Quadrant 1 wins and a strength of schedule of 120 won't impress the selection committee, so CSU could be hurt by the outcomes of bubble teams still playing.

Boise State (First four out). The Broncos (18-8) fell to Nevada 89-82 in the quarterfinals of the Mountain West tournament. That setback – the third consecutive loss to the Wolf Pack – could be costly for this team that now has no chances to better the profile. Boise State's résumé features the second-best non-conference strength of schedule in the country and a NET score in the low 40s. But there are just two Quadrant 1 wins to go with a bad loss to Fresno State.

Memphis (Next four out). The Tigers (16-8, 11-4 AAC) hung tight with Houston before falling 76-74 in the American Athletic Conference tournament semifinals. That game against a marquee team likely was the difference between inclusion and omission. Memphis inched closer toward the field following a 70-62 win over Central Florida in the AAC quarterfinals Friday. Coach Penny Hardaway's team has a NET score in the 50s but what's really missing are some Quadrant 1 victories. Memphis has zero on its profile so that missed opportunity with Houston is a big blow.

Ole Miss (Next four out). The Rebels (16-11) were right there with LSU, but couldn't hang on in a 76-73 loss in the SEC tournament quarterfinals Friday. Thursday's win over South Carolina helped position them as one of the "first four out". Coach Kermit Davis' group had won three in a row before Friday's setback to LSU but a March 6 loss to Vanderbilt serves as a major résumé stain.

Seton Hall (Next four out). The Pirates (14-13, 10-9 Big East) were likely one win from inclusion following Thursday's 77-69 overtime win over St. John's in the Big East tournament quarterfinals. But they came up short in a 66-58 loss to Georgetown. The fact that the Hoyas upset top-seeded Villanova in the previous round means the setback against Georgetown carries more weight. The Pirates have a NET score in the high 50s as a weakness but a top-30 strength of schedule is appealing.

St. John's (Next four out). Thursday's 77-69 loss to Seton Hall likely means the Red Storm (16-11) are NIT-bound because they needed to win one more game to be in the mix. The selection committee likely will keep this team out based on a NET score in the 60s and a non-conference strength of schedule in the 230s.

Southern Methodist (Out). The Mustangs (11-5) needed to win their opener in the American Athletic Conference tournament to be seriously considered for an at-large bid. Then they lost 74-71 to Cincinnati in the quarterfinals despite Kendric Davis' 35 points. Coach Tim Jankovich's team has decent tournament credentials but one area the committee will likely harp on will be scheduling — SMU has a non-conference strength of schedule in the 270s. As a result, the program owns zero Quadrant 1 wins.

Xavier (Out). The Musketeers (13-8) lost 70-69 in overtime to Butler in the Big East tournament's first round. That loss likely cost Xavier a shot at playing in the NCAA Tournament. They went from "last four in" to "next four out" with the loss and now sit and wait for a tense Selection Sunday.

Note: Most statistical data is used from WarrenNolan.com. The NET rankings (NCAA Evaluation Tool) also are a reference point.

About our bracketologist: Shelby Mast has been projecting the field since 2005 on his website, Bracket W.A.G. He joined USA TODAY in 2014. In his eighth season as our national bracketologist, Mast has finished as one of the top three bracketologists in the past seven March Madnesses. He’s also predicted for The Indianapolis Star, collegeinsider.com and is an inaugural member of the Super 10 Selection Committee. Follow him on Twitter @BracketWag.

Embrace the rain like Fiona and catch those raindrops 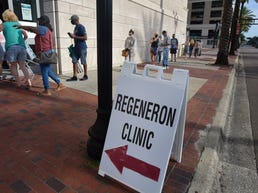 Child cases are rising as school year stumbles with outbreaks

Spring is almost here. See when your local ice cream shop opens for the season 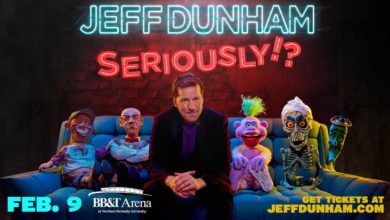