Duke University, already operating under lockdown to combat a rise in coronavirus infections, on Tuesday reported 231 cases from last week, almost as many as the school had the entire fall semester.

The school issued a "stay in place" order Saturday, requiring students living in Duke-provided housing to remain in their residence hall room or apartment at all times except for essential activities related to food, health or safety. Students living off campus are required to stay there except for a few exceptions.

Rush events by fraternities appear to be the main culprit for the outbreak.

“This (stay-in-place) action is necessary to contain the rapidly escalating number of COVID cases among Duke undergraduates, which is principally driven by students attending recruitment parties for selective living groups,” the university said.

►The White House said Tuesday that more than 22 million doses of COVID-19 vaccines will be distributed in the next seven days, a new high that would send the daily average over 3 million for the first time. Of that total, 16 million doses would be distributed to the states and the rest to federally administered programs, including mass vaccination sites, retail pharmacies and community health centers.

►More states are allowing all adults to get vaccinated. Mississippi joined Alaska on Tuesday in opening the vaccine eligibility flood gates. Ohio's governor said Tuesday the vaccine will be available to anyone in the state 16 and older by the end of March, and Connecticut is preparing to open to all 16 and over starting April 5.

►The seven-day rolling average for daily new cases in the U.S. decreased over the past two weeks from 67,570 on March 1 to 55,332 on Monday, while the average for daily deaths on those same dates dropped from 1,991 to 1,356, according to Johns Hopkins University data.

►China has approved a fifth vaccine for emergency use, a three-dose vaccine with one month each between shots. China has been slow in vaccinating its population of 1.4 billion people, with 65 million doses administered. Most went to health care workers, those working at the border or customs, and specific industries.

? What we're reading: Vaccine passports should be free, private and secure, the White House has said. But who will be issuing them?

Sweden on Tuesday joined the growing number of European nations suspending use of AstraZeneca’s COVID-19 vaccine -- a list that includes Germany, France, Spain and Italy -- because of reports about a possibly link to blood clots that the company and other experts say likely are unrelated to the vaccine.

The temporary pause has been branded as irresponsible by U.S. scientists, who say it threatens the global vaccination effort.

"It creates the perception that these vaccines are dangerous," said Dr. Paul Offit, director of the Vaccine Education Center at Children's Hospital of Philadelphia. "The only way out of this pandemic is by vaccination.''

The World Health Organization has urged countries to continue using the vaccine, saying there's no evidence of a connection to blood clots. Canadian health authorities not only reaffirmed their belief that the AstraZeneca vaccine is safe, but on Tuesday changed their recommendation so the drug is available to people 65 and over as well.

Offit said taking the AstraZeneca vaccine off the market without strong supporting evidence could adversely impact the perception of other vaccines. "While it's easy to scare people, it's very hard to unscare them," he said.

Shh, no screaming on the roller coaster

California theme-park operators are eager to welcome back thrill-ride enthusiasts -- as long as they'll stay quiet.

Theme parks located in counties not in the state's most restrictive reopening tier will be allowed to resume operations starting April 1, and some of the measures to avoid transmitting the coronavirus include limiting screaming and shouting. That may prove difficult in roller coasters, but it's part of the reopening blueprint of the California Attractions and Parks Association.

The group's list of COVID safety protocols includes social distancing, capacity reduction and requiring the use of masks on rides "to mitigate the effects of shouting.''

It probably wouldn't be any fun to scream while wearing a mask anyway.

Moderna begins testing vaccine with kids as young as 6 months

Moderna has given the first COVID-19 vaccine doses to children under 12 years of age, the company announced Tuesday. The Massachusetts-based biotech company intends to recruit 6,750 healthy kids under 12 for the trial. "This pediatric study will help us assess the potential safety and immunogenicity of our COVID-19 vaccine candidate in this important younger age population," said Stéphane Bancel, CEO of Moderna.

The company joins Pfizer and BioNTech in starting trials for children 6 months and older, after data showed the vaccines are effective in older adults.

"We need vaccines for children because we want to generate herd immunity, there's no question. But we need to do that safely," said Dr. Robert Frenck, director of the Gamble Vaccine Research Center and principal investigator for the Pfizer COVID-19 vaccine trial at Cincinnati Children’s Hospital Medical Center.

Learn more here about what experts think of giving the COVID-19 vaccine to children.

Hagler's widow: Marvelous Marvin did not die from reaction to vaccine

The widow of Marvelous Marvin Hagler dismissed as "nonsense" Internet rumors that her husband, the former middleweight champion who died over the weekend, died from a reaction to the coronavirus vaccine. The speculation appeared to spread after an Instagram post from fellow former boxer Thomas Hearns, who was one of Hagler's rivals in the ring. The anti-vaccine contingent ran with the story, prompting Kay Hagler to post her message.

"For sure wasn't the vaccine that caused his death," Kay Hagler posted in the Marvelous Marvin Hagler Facebook fan group. "My baby left in peace with his usually smile and now is not the time to talk nonsense."

The Olympic torch relay begins March 25, marking the start of the countdown to the Tokyo Games and providing a reason to worry for some of Japan's 126 million people.

Even though Japan's approximately 8,600 COVID-19 deaths are a remarkably low total for a country of its population, the prospect of large crowds spreading the coronavirus has generated strong opposition to holding the rescheduled Olympics this summer. A  decision is expected soon on whether fans from abroad will be allowed to attend.

Organizers are taking several measures to assure the safety of the relay, which begins at northeastern Fukushima prefecture and will crisscross Japan for months, with 10,000 runners carrying the torch. Fans watching along the roadsides will be asked to keep social distance, wear masks and cheer quietly.

In pandemic, smallest joys can have biggest impact

The pandemic took so much this past year – more than we are capable of grasping, let alone tallying. It took jobs and experiences, weddings and graduations, safety and certainty. It took the ground below our feet. It took many people we love. But the pandemic gave, too. It granted time, and many people relished it. People found new hobbies, new perspectives, new connections. Some people found themselves. USA TODAY heard from more than a dozen people who said even among the horror and loss, they felt grateful for the pandemic's unexpected gifts. The smallest joys, they said, had a big impact. Read more here.

Back to school, 6 feet apart? 3 feet might be good enough, study shows

The Centers for Disease Control and Prevention is exploring whether children need to be seated 6 feet apart in schools. The 6-feet spacing guideline is “among the biggest challenges” schools face in returning to classrooms, said CDC Director Dr. Rochelle Walensky.

A study published last week  in the journal Clinical Infectious Diseases suggested that, if masks are worn, students can be seated as close as 3 feet apart with no increased risk to them or teachers. Illinois and Massachusetts are among states already allowing 3 feet of distance, and others including Oregon are considering it.

“There are districts that have been doing 3 feet for quite some time without experiencing any greater amount of infection,” he said.

Which vaccine should you choose? There are some differences

If you get the choice, which COVID-19 vaccine should you choose? For now, experts are clear — the best vaccine is the first one you can get into your arm. But as the supply expands, it’s possible Americans eventually might find someone asking, “Which vaccine do you want?”

The answer for most people will still be, “Whatever’s available.” That said, there are differences that could play a role, though doctors are unanimous all three currently authorized vaccines work extremely well to protect against severe disease, hospitalization and death. Read about the difference here.

Thousands of Latinos were sterilized in the 20th century. They remember

As COVID-19 vaccine rollout continues, hesitancy among vulnerable communities, including Hispanic people, is piqued – and history is unearthed.

Throughout the 20th century, about 20,000 women and men were sterilized in California alone under state eugenics policies, according to researchers, including University of Michigan professor Alexandra Minna Stern. The policies targeted patients of state-run asylums or group homes. A disproportionate number were Hispanic.

Angelina Zayas, a pastor at Grace and Peace Community Church that serves Chicago's majority-Hispanic Belmont Cragin enclave, says many Puerto Rican women in her community are afraid to take the COVID-19 vaccine, citing memories of the sterilizations and experiments.

"The biggest one is fear," said Zayas, who is Puerto Rican herself. "That's something that they remember, which affects their judgment in getting the vaccination. They're like, 'Well, how can I trust?'" Read more here.

Vaccine passports should be a thing. But who will issue them?

The federal government shouldn't be involved in verifying that people have been vaccinated against COVID-19, the White House says, but whatever process is developed should be free, private and secure.

As more people are vaccinated, both here and around the world, it will likely become more important to provide proof of vaccination – to get on a plane or a cruise ship, hold certain jobs, or even enjoy a night out. Israel already has a "green card" to prove people have been vaccinated.

While Americans need a way to reliably demonstrate that they’ve been vaccinated, the government shouldn’t be the one issuing such a certification, said Andy Slavitt, White House Senior Advisor for COVID-19 response.

"It's not the role of the government to hold that data," Slavitt said.

After a "crippling" winter storm dumped up to 4 feet of snow in the Rocky Mountains — closing roads and canceling flights — the storm raced into the Midwest and sparked thunderstorms in the South. The result? Interference with COVID-19 vaccines, officials said.

Federal officials shut down vaccine shipments to the region as the storm neared so the vials packed in dry ice wouldn’t spoil during delays, Wyoming Department of Health spokeswoman Kim Deti said. The storm also was keeping many people from getting to vaccine locations, Deti noted.

“We think they’ll be at least a couple of days,” Deti said. “Nobody is quite sure when things will be cleared and reopened.”

12-year-old goes viral for running 17mph on a treadmill, here's the story behind her speed 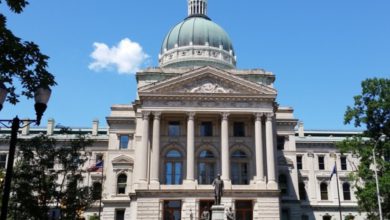 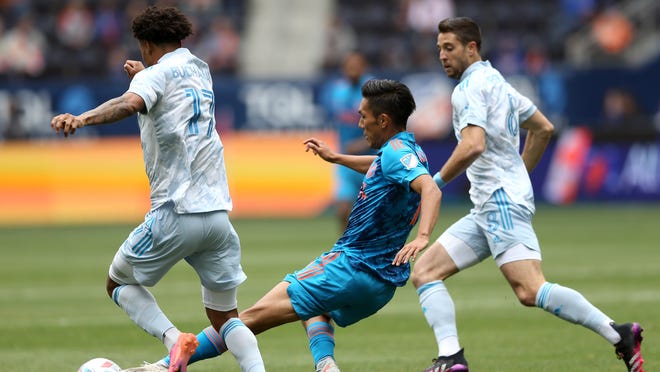 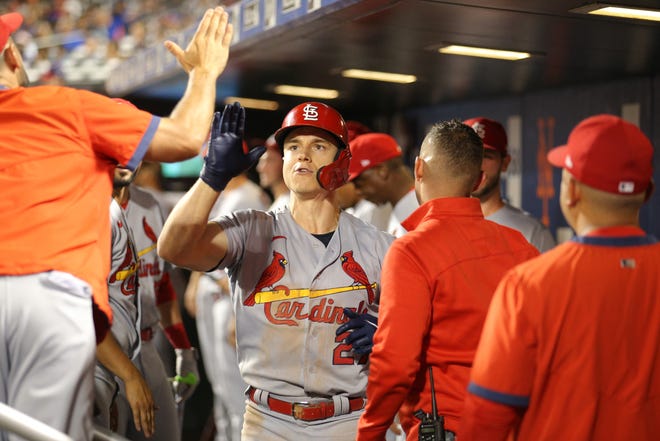 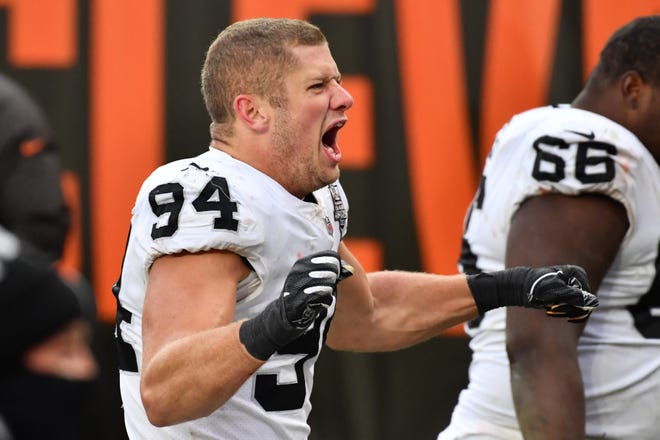 ‘Has been good to not have to lie’ 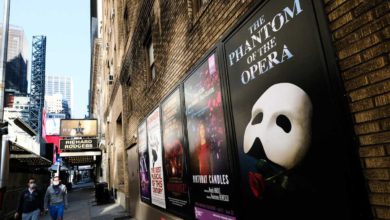 One night after official return, ‘Aladdin’ Broadway show cancels performance due to COVID-19