CHICAGO — Over 1,000 protesters gathered in a municipal park Friday evening in protest and remembrance of 13-year-old Adam Toledo, whose death from a police bullet has sparked a city-wide look at use of force policies and the way officers respond to neighborhood crime.

Spilling onto surrounding streets, some clogged with cars, volunteers passed out homemade masks to protesters. "Justice for Adam Toledo" signs with an illustration of Adam against a backdrop of clouds were posted in windows of several small businesses in the area. Clusters of police on bikes surrounded the outskirts of the protest.

Outcry is growing after a watchdog agency released disturbing video Thursday of a Chicago police officer shooting Adam, who appeared to have his hands up, casting doubt on prior accounts from police and city officials who initially described the incident as an "armed confrontation."

For the most part, Friday night's protest was peaceful but there were a handful of arrests. Protesters chanted "Let them go," as at least two people were arrested just outside of Logan Square Park. One man was taken into a police car as protesters gathered, some yelling to form a circle around the police car.

Just a few yards away, another man appeared to be taken into police custody as dozens of officers barricaded the street.

Sandra Nevarez, the mother of Marc Anthony Nevarez, who says her son was killed by Chicago police Oct. 23 last year, spoke at the protest.

Roxana Figueroa, the cousin of Anthony Alvarez, 22, fatally shot by Chicago police in a foot chase two days after Adam was killed, said seeing the videos gave her family the strength to demand transparency in their case, too.

“When I saw the video, it gave our family hella strength to show up today,” she said, flanked by seven other family members. Three young kids with the family held signs with pictures of them and Anthony.

Several hundred people — including families and young children — marched from Logan Square Park to a nearby intersection, chanting “say his name, Adam Toledo.”

The crowd took a knee at the intersection and heard from several youth speakers, who called for the abolition of the Chicago Police Department, then observed three minutes of silence — one for each of three people fatally shot by Chicago police, including Adam Toledo — as helicopters hovered above.

"Adam we love you. We will not stop until there is justice for you," the protesters chanted. "We will fight for justice."

Anthony Claypool, 43, brought his two five-year-old sons along with him. One of them sat on his shoulders and carried a sign that read "Protect kids! Stop violence!" The other, holding Claypool's hand, carried a sign with the words "Stop police from hurting people!!!" Claypool said they made the signs themselves but speaking to his young children about the shooting of Adam Toledo wasn't easy.

"We just told them that it was an injustice and that Adam was hurt really badly. We didn't go into the finality of it," he said. "It's important for us to show our children the reality of the injustice in the world. I want my kids to help promote justice."

As a father, Claypool said seeing such a young child killed by police was "heartbreaking."

"I don't have any words," he said. "All I can say is thst we need to do everything we can to promote justice and peace for communities of color."

Among the crowd, "Justice for Adam" signs were pinned on backpacks and the backs of bicycles. Posters of Adam's face alongside the words "Adam Toledo murdered by CPD" were posted on trees and telephone poles. Some held prayer candles with the phrase "Adam RIP." Children nearby clutched their parents' hands and blew bubbles.

Maria Valle Coto, 27,  sprawled on the pavement beside her friend, helping her paint "Justicia Para Adam" in red on a poster. Coto lives in Pilsen, not far from where Adam was killed.

"It makes me scared that this could happen to me or someone I love," she said. "I don't feel safe anymore. Black and brown people live in fear."

Coto said justice for her is systemic because "police violence is institutional." She said justice means defunding the police and funneling its resources into community organizations. She said she hopes people don't stop with just protest.

"We're quick to move onto the next tragedy," she said. "I hope that doesn't happen this time. I hope there's change. I hope we invest in our communities."

Three hours into the protest in 39-degree weather, more than a thousand people were still marching, some putting on gloves and others holding candles.

As the group passed Chicago Mayor Lori Lightfoot’s block, a line of police officers blocked the street, and some chanted expletives toward Lightfoot’s house as others marched west and then south.

Laura Machedo, 25, held a sign with the words "they were all of our sons." She said it refers to all victims of police violence who were "stolen from their communities."

"Enough is enough," she said. "Everyday there's something new that happened. Im tired."

Machedo's parents live on the same block that Adam did, she said, and the shooting "hit close to home." Most of all, she said she was angry at allegations that Adam was holding a gun when he was shot when footage of the shooting suggested otherwise.

"They lied," she said. "It's proof we need to blame the system, not Adam, not his mother, not his community."

Virginia Rounds, 45, walked through the crowd, reading signs to her young daughter who couldn't read yet.

"It's really important for my children to have their eyes open to what is going on," she said. "Black and brown children don't get to close their eyes to this injustice, so my white children shouldn't either."

Rounds said she also advocates for defunding the police.

USPS, UPS and FedEx prepare for another pandemic crush of holiday gifts

USPS, UPS and FedEx prepare for another pandemic crush of holiday gifts 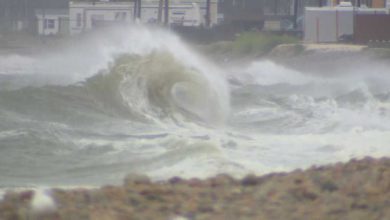 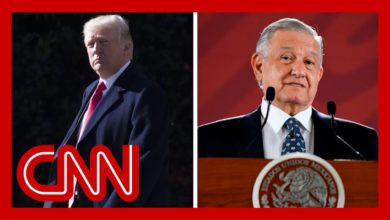 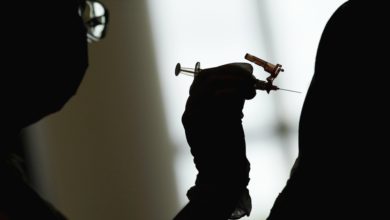 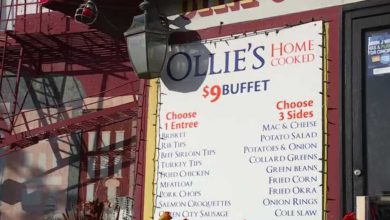 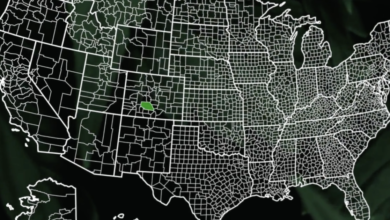 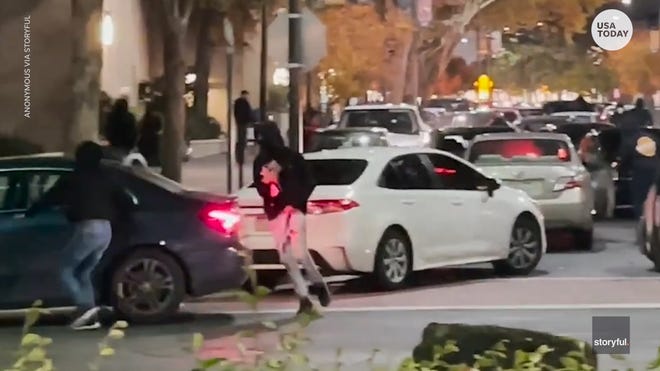 How U.S. retailers are guarding against organized shoplifting gangs