WASHINGTON – When President Joe Biden said in late March that he would nominate Judge Ketanji Brown Jackson to a federal appeals court, some braced for an intense confirmation fight.

After all, Jackson is a top contender to be Biden's first Supreme Court nominee.

But coordinated opposition to Jackson – a federal judge placed on the bench by President Barack Obama in 2013 – has yet to materialize. Her Senate confirmation hearing produced few fireworks. And the small armies of outside groups organized to wage war over a president’s judicial nominees have mostly held their fire.

A drama-free confirmation to the U.S. Court of Appeals for the D.C. Circuit, the most prominent appeals court, could ease Jackson’s future path to the Supreme Court, experts said. It may signal less confrontation for Biden’s other judicial nominees – for now.

"She wouldn't be my pick, because I don't agree with her judicial philosophy, but I don't think Republicans are going to climb over glass trying to stop her," said Mike Davis, president of the Article III Project, a group that strategizes with Republican lawmakers on judicial confirmations.

Campaign pledge: Biden wants to put a Black woman on the Supreme Court

Democrats, Davis said, made a "huge mistake" by opposing so many of President Donald Trump's nominees. The tactic may have "felt cathartic for them," Davis said, but it rubbed centrist Republicans the wrong way, uniting the GOP around Trump’s picks. Republicans, Davis said, are eager to avoid running into the same trap under Biden.

"This might help her vis-a-vis potential nominees who have been on the bench and haven't gone through a confirmation hearing for a while. But I also don't think the Republicans have played as much hardball with nominees," said Saikrishna Prakash, a professor at the University of Virginia School of Law.

"I don't know if they have the stomach for a Bork-, Thomas- or Kavanaugh-type fight," he said, referring to some of the most heated Supreme Court battles in modern history.

Trump had an outsize influence on the federal judiciary, appointing 54 federal appeals court judges – nearly the same number as Obama in half the time. He placed three in the nine-member Supreme Court, giving conservatives an ostensible 6-3 edge for the first time since President Franklin D. Roosevelt’s administration.

Biden is under pressure to reverse some of those gains. He has named 20 judges, including three to appeals courts.

Biden is 'not a fan' of court packing, decision depends on whether Barrett is confirmed

During his ABC town hall, Joe Biden was asked to clarify his stance on adding more seats to the Supreme Court.

Jackson, a Harvard Law grad who made Obama’s Supreme Court shortlist in 2016, would make history as the first Black woman to serve on the Supreme Court, if she is picked and confirmed. Biden vowed to name a woman of color to the high court, if he gets the chance, and liberal groups hope Associate Justice Stephen Breyer, 82, will give the new president that opportunity by retiring this year.

Jackson, a former Breyer clerk, is poised for confirmation to the appeals court in Washington – often a steppingstone to the Supreme Court. Because Democrats killed the Senate filibuster for lower court nominees in 2013, Biden’s picks will need only a simple majority for confirmation. Jackson, 50, has drawn little opposition from either Republicans or centrist Democrats.

"It's a testament to whom President Biden nominated ... that the Republicans could not lay a finger on her at the hearing," said Daniel Goldberg, legal director at the left-leaning group Alliance For Justice. "Quite frankly, there is absolutely no reason to vote against her. She should be confirmed 100 to nothing."

The record of justices who were previously confirmed for another position in the Senate is mixed. Associate Justice Neil Gorsuch was approved by unanimous voice vote for the Denver-based U.S. Court of Appeals for the 10th Circuit in 2006 but won confirmation to the Supreme Court on a 54-45 vote more than a decade later. Republicans held the majority for both of those votes.

Associate Justice Elena Kagan, Obama's choice for solicitor general, was confirmed 61-31 for that job in 2009. When Obama named her to the Supreme Court a year later, the Senate confirmed her with a similar 63-37 vote. Democrats controlled the Senate for those votes.

In Jackson's case, whether one vote influences another may have to do in part with timing.

"Senators already understand that she is a very likely contender for a Supreme Court spot, so my sense is that they were approaching her circuit court confirmation hearing with that in mind," said Rebecca Gill, a political scientist at the University of Nevada, Las Vegas. "Given that Republican senators failed to levy any real criticisms that stuck, I think it is highly unlikely that anything would change on that front in such a short time."

At Jackson's confirmation hearing last month, Sen. John Cornyn, R-Texas, asked whether race plays a role in her jurisprudence (she said it doesn’t) and whether she agreed with groups that want to expand the size of the Supreme Court to blunt the impact of Trump’s nominees (she said it wasn’t appropriate for a judge to comment).

Though the questioning was sharp, Jackson’s answers didn’t provide critics with much ammunition, and Cornyn wished her luck before moving on.

Sen. Thom Tillis, R-N.C., asked Jackson about her support from the left-leaning group Demand Justice, which advocates for diversity on the federal bench. Tillis’ questions appeared to be as much a jab at Democrats who have raised similar inquiries about conservative groups such as the Federalist Society as they were a direct shot at Jackson.

"You can understand after four years of hearing how the Federalist Society and other organizations were a dark money group with malign intentions, a group that is very much supporting you, why we would draw the same conclusion," he said.

"I have a duty of independence," she said. "I know very well what my obligations are, what my duties are, not to rule with partisan advantage in mind."

The committee switched to other topics.

"I was very surprised how easy the senators went," said Josh Blackman, a law professor at South Texas College of Law Houston and a conservative legal blogger. "It's possible the Republicans decided she would be confirmed no matter what and they would keep their powder dry for a future SCOTUS confirmation &mldr; when the GOP has a Senate majority."

Neither Cornyn, Tillis nor Sen. Chuck Grassley, R-Iowa, the top Republican on the committee, responded to questions about Jackson.

Conservative groups such as the Judicial Crisis Network have raised concerns about several high-profile reversals of Jackson’s opinions, including some involving the Trump administration. The group’s president, Carrie Severino, told USA TODAY that Jackson has a "troubling record of reversals" by appellate courts "for decisions that reached beyond her judicial authority to strike down Trump administration actions."

Perhaps the most significant was an opinion in 2019 in which Jackson dismissed an effort by the Trump administration to speed deportations. That opinion was reversed on appeal, and the underlying case was stayed after Biden signed an order to review many of Trump’s immigration policies.

The reversals barely came up at her hearing, and Alliance for Justice found Jackson was reversed fewer than a dozen times out of nearly 600 opinions.

"She's had a few opinions reversed and in some big cases, but opinions by smart judges occasionally get reversed because other panelists just take a different view of the law," said John Malcolm, vice president of the conservative Heritage Foundation’s Institute for Constitutional Government. "It’s not like she issued an opinion that was inflammatory or laughable or completely out of left field."

When Trump named Amy Coney Barrett to the Chicago-based U.S. Court of Appeals for the 7th Circuit in 2017, the Notre Dame law professor faced tough questions from Democrats. California Sen. Dianne Feinstein, then the top Democrat on the Judiciary Committee, drew attention for pressing Barrett about her views on abortion, asserting that “dogma lives loudly within you.”

The exchange made Barrett an instant star on the right, galvanizing support and perhaps prompting Trump to nominate her three years later for the Supreme Court, where she sits. Senate Republicans, several observers said, have kept the lesson from that exchange firmly in mind as they deal with Biden's nominees.

"Sometimes if you go after somebody too hard for a lower court position, it can make life difficult if [they] get nominated ultimately to the Supreme Court," Malcolm said. On the other hand, he said, supporting a candidate for the court of appeals, then opposing the same person months later for the Supreme Court may require "a bit of verbal and mental gymnastics."

Davis, a former aide to Grassley, rejected the idea that a vote for Jackson now locks any Republican into a vote for  Jackson in the future.

Stories like this are possible because of our subscribers like you. Your support will allow us to continue to produce quality journalism.

Stay up to date by signing up for one of our newsletters.

Greater Cincinnati and Reds connections to the 2021 World Series

Greater Cincinnati and Reds connections to the 2021 World Series 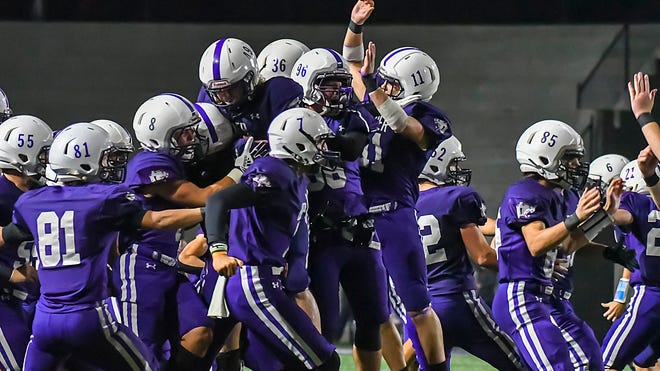 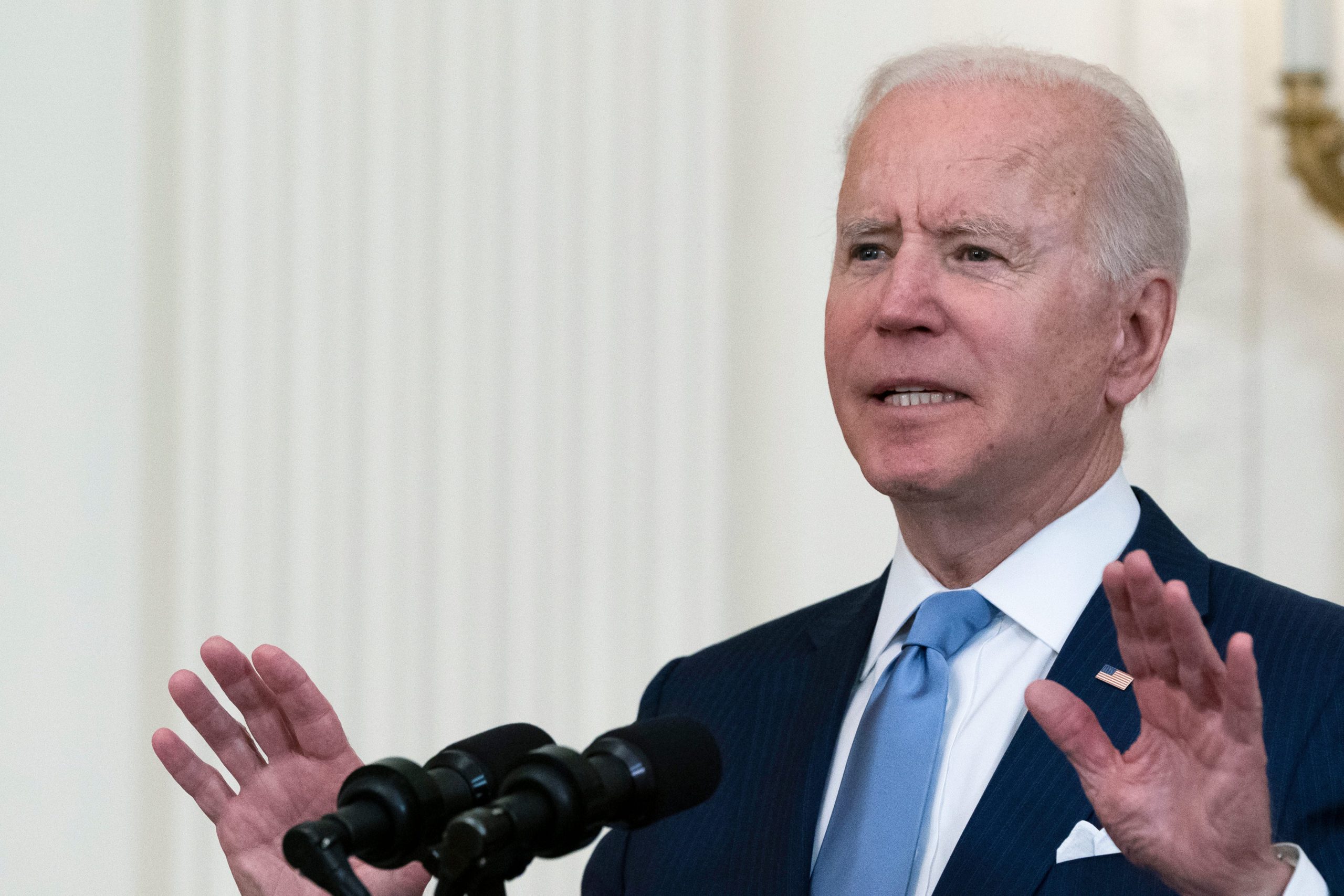 Dr. Elizabeth Blackwell, first woman doctor in the U.S., was inspired in Cincinnati 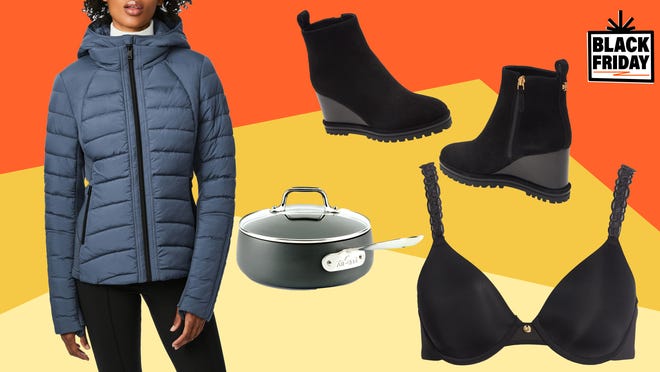 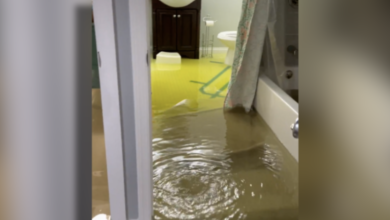