A federal advisory committee said Wednesday the Pfizer-BioNTech COVID-19 vaccine is safe and effective for adolescents ages 12-15, opening the door for its widespread use starting Thursday.

The Centers for Disease Control and Prevention's panel met to discuss the merits of the vaccine in that age group after the Food and Drug Administration signed off Monday on the shots. That prompted some cities to start administering them Tuesday, but the CDC advisers' recommendation -- expected to be adopted by the agency later Wednesday -- figures to make them more widely available.

Parents, school administrators and many others had been awaiting the vaccine's authorization for children 12-15 as another major step in the process of returning to normal life after more than a year of grappling with the coronavirus pandemic.

President Joe Biden encouraged parents to have their adolescents vaccinated, saying, "This new population is going to find the vaccine rollout fast and efficient.’’

Biden said there will be more than 15,000 pharmacies where children 12-15 can get inoculated starting Thursday, and that doses will also be sent to family doctors and pediatricians.

Not all vaccine new on Wednesday was positive. White House officials told governors on a private call the previous day that new supply of the Johnson & Johnson one-dose shot wasn't immediately available for ordering, Politico reported, citing four sources it did not name.

J&J's vaccine output has been limited since its authorization in late February – and in April, federal health officials paused its use for 11 days after a rare blood-clotting disorder was associated with the shot.

►The Nepal Mountaineering Association is urging climbers ascending Mount Everest to bring back their empty oxygen bottles so they can be refilled and used in hospitals desperately in need of oxygen for coronavirus patients.

►The New Mexico Republican Party is moving its three-day convention and retreat this weekend to Amarillo, Texas, citing concerns over New Mexico’s coronavirus restrictions. Mass gatherings in New Mexico are limited to 150 people or less in most counties.

►COVID is exploding across much of Asia, overwhelming hospitals and other health care facilities, warned Alexander Matheou, Asia Pacific director for the International Federation of Red Cross and Red Crescent Societies. More people have been diagnosed in Asia over the past two weeks than in the Americas, Europe, and Africa combined.

►Mexico's popular tourist city of Cancun is battling a "highly concerning" surge in infections despite improvements across most of Mexico, Gov. Carlos Joaquín said.

? Today's numbers: The U.S. has more than 32.7 million confirmed coronavirus cases and 583,000 deaths, according to Johns Hopkins University data. The global totals: Nearly 160 million cases and 3.32 million deaths. More than 337 million vaccine doses have been distributed in the U.S. and more than 264 million have been administered, according to the CDC. More than 117.6 million Americans have been fully vaccinated – 35.4% of the population.

? What we're reading: Here are answers to some of your top questions about the Pfizer-BioNTech vaccine in younger teens.

More than 300,000 people have signed a petition calling for the Tokyo Olympics, set to begin in late July, to be canceled. Among concerns: Only 1% of the country's 126 million people have been fully vaccinated. Officials blame a lack of supplies imported from Europe, but staff shortages have been a problem as well. About 7.6 million doses, or more than half of the doses delivered, remain unused in freezers.

Japan's Prime Minister Yoshihide Suga, meanwhile, has caused anger and confusion by repeatedly vowing that the Olympics will be safe, even as some hospitals struggle to find beds for the sick and dying and a state of emergency was extended on Wednesday to more places in Japan.

"Inoculations will in fact be provided to athletes of the participating countries, and I believe this will contribute materially to holding safe and secure Games," Suga said.

A rare but life-threatening fungal infection is appearing more frequently in India's COVID patients while coronavirus cases soar to more than 350,000 per day, according to Johns Hopkins University data. Mucormycosis, also known as “black fungus,” is caused by a group of molds called mucormycetes, which tend to live in soil and decaying organic matter, according to the CDC. In the past decade, doctors have seen only a handful of cases in India. But in the past month, they’re reporting tens of thousands of cases, said Dr. Bhakti Hansoti, associate professor in the department of emergency medicine and international health at the Johns Hopkins Bloomberg School of Public Health.

“It consumes a lot of resources, especially during this pandemic right now in India where health care resources are stretched at the limit," she said.

After weeks of the United States reporting around 700 COVID-19 deaths per day, the country is now averaging about 600 daily deaths, its lowest fatality numbers in 10 months. May is on track to be the least-deadly month of the pandemic since March 2020. In January, 3,100 Americans died per day.

U.S. coronavirus infections have plunged in recent weeks as the vaccination campaign ramped up. The country is now averaging about 38,000 cases a day, little more than half of the 71,000 daily cases reported less than a month ago.

Many puppies, in demand during height of pandemic, being returned

Shelters across the nation saw a spike in pet adoptions during the height of the pandemic. But as people return to their offices, some pups are being left behind. Aron Jones, executive director of Moms and Mutts Colorado Rescue, told USA TODAY her organization, "couldn't rescue enough dogs to meet the demand" when the pandemic began. Now the amount of returns has doubled what they normally do in a year; many of the animals are around a year old.

"It's been really challenging finding people willing to take these gigantic babies," said Ashley Roberts, program manager at Lucky Dog Animal Rescue in Arlington, Virginia. "That's really what they are – they're gigantic babies who need to be trained."

WHO warns 'variant of concern' from India may be more contagious

Though the number of new COVID-19 cases and deaths globally slightly decreased this week, the World Health Organization is warning there may be trouble on the horizon. In a weekly report published Tuesday, the WHO warned that a variant first discovered in India may be more contagious than most versions of the coronavirus. Though impacts from vaccines on the triple-mutant virus are unclear, there is some evidence it may able to evade some of the protections provided by vaccines.

The report also said the variant was probably one of several factors contributing to the crushing surge sweeping over India in recent weeks. Indian health care and funeral facilities have been overwhelmed, with hospitals routinely running out of oxygen and crematoriums operating 24 hours a day.

These 9 states will end participation in unemployment assistance programs

At least nine states have announced they will stop participating in federal unemployment assistance programs directed at alleviating economic problems produced by the pandemic.

The group includes Alabama, Arkansas, Iowa, Mississippi, Missouri, Montana, North Dakota, South Carolina and Tennessee, all led by Republican governors. Some of them have said worker shortages and labor issues threaten to restrain the pace of economic growth. Many Republican experts blame it on the extra unemployment benefits.

“Families, businesses and our economy thrive when we focus on meaningful employment and move on from short-term, federal fixes," Tennessee's Bill Lee said in a statement.

As the federal government reaches out to the tens of millions of Americans who haven’t received a COVID-19 vaccine, even offering free transportation to get the shots, President Joe Biden listened to a handful of governors Tuesday about what has worked in their states.

To that effect, Biden announced a deal with ride-hailing companies Uber and Lyft to take people to and from vaccination sites for free from May 24-July 4. Biden, who suggested the CDC would soon issue new guidance on what vaccinated people can do, is aiming for 70% of the nation's adults to have gotten at least one dose by Independence Day.

During Biden's call with the Republican governors of Ohio, Utah and Massachusetts, along with the Democratic governors of Maine, Minnesota and New Mexico, a recurring theme was the importance of mobile units, pop-ups, and walk-ins to make the jabs more easily available.

“It’s going out, it’s trying to be innovative, trying to figure out how do we take it directly to people,’’ said Ohio Gov. Mike DeWine, adding that there's been a lot of interest in the single-dose Johnson & Johnson vaccine. "They want that one shot and to be done.'' 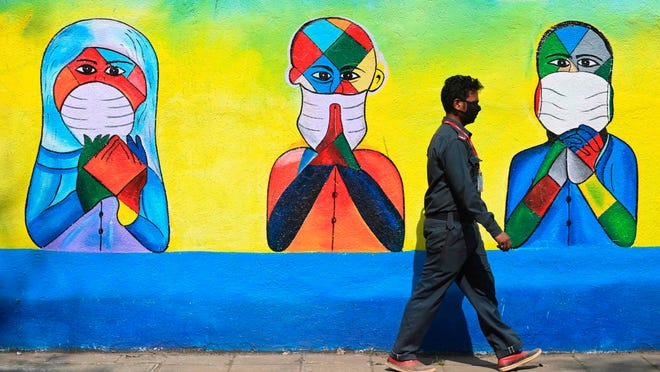 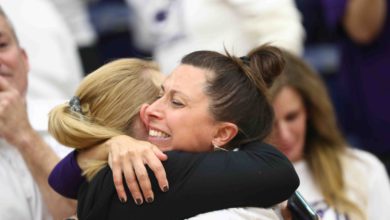 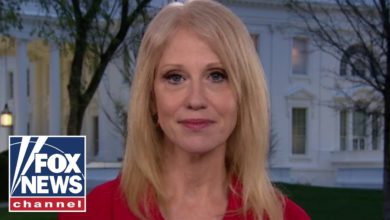 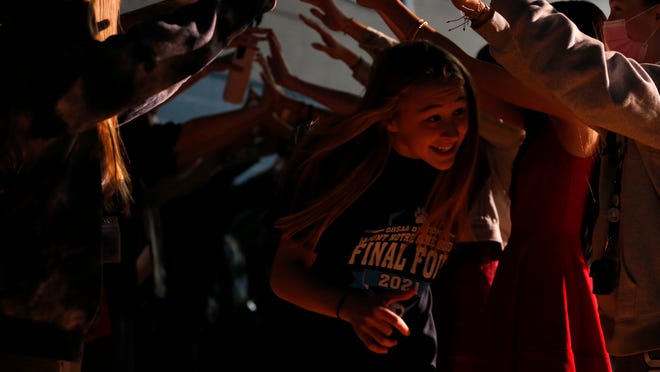 Which free agents on offense could the Bengals target? 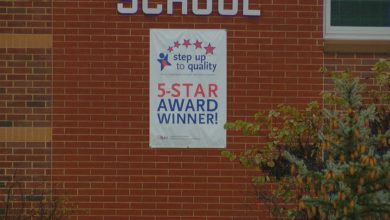