KENOSHA, Wis. — The jury in the Kyle Rittenhouse trial will hear competing narratives Monday of how the actions of the then-17-year-old should be viewed when he fatally shot two men and wounded a third during a violent protest a year ago.

Before the jury enters deliberations, lawyers on both sides will give their closing arguments in a case that began Nov. 1 and featured eight days of testimony from about 30 witnesses and more than a dozen videos from the night of Aug. 25, 2020.

The prosecution has painted Rittenhouse as a tourist vigilante from Illinois, armed with bad judgment and a rifle he couldn't legally possess, looking for righteous vengeance against anti-police rioters

His defense attorneys say he was essentially a Kenoshan, driven by a youthful sense of patriotism to protect and defend his community, forced to kill two protesters and wound a third to save his own life.

The shooting occurred days after a white police officer shot Jacob Blake, a Black man, multiple times in the back, leading to several nights of social unrest, looting and arson last year in Kenosha.

What charges will the jury consider before reaching a verdict?

Judge Bruce Schroeder on Monday will also instruct the jury for nearly an hour about the elements of the various offenses charged, and options to find Rittenhouse guilty of some lesser versions of the crimes originally charged.

Since Rittenhouse has raised self-defense, the critical question jurors will decide is whether his decision to use deadly force was reasonable.

Because so much video, most of it already seen multiple times, will be played again in the closing arguments, Schroeder reluctantly agreed to give each side up to 2½ hours to complete their arguments, and in the case of the prosecution, its rebuttal.

Twenty jurors –  including eight alternates – were chosen after one day of questioning, dismissals for cause and peremptory strikes by the lawyers. One man was dismissed the first week for telling a sheriff's deputy a joke about the shooting of Blake.

A woman later was excused after she said she was having complications related to her pregnancy. The remaining six alternates will be chosen randomly before the final 12 begin deliberating the case.

'How not to be a good judge':Kyle Rittenhouse judge draws new backlash with 'Asian food' joke

He also faces two counts of first-degree reckless endangerment for shooting at an unidentified man, and in the direction of Richard McGinniss, a videographer who was in the line of fire when Rittenhouse fired four rounds at Rosenbaum in less than a second.

A sixth count charges Rittenhouse with being a minor in possession of a firearm, a charge the defense says can't apply because of what they say is an exception in the law.

In addition to the many witnesses, Rittenhouse also took the stand and broke down as his lawyers asked him about the events leading up to the shootings. The prosecution pressed him on many of the details of the night and the risks he perceived at the time.

During the cross-examination, Rittenhouse's lawyers also took exception to some of the state's questions, leading to a motion for a mistrial with prejudice, on which Schroeder did not rule.

Tears, yelling and calls for a mistrial:What a dramatic day could mean for the Kyle Rittenhouse murder trial

What happened the night of the shootings?

Rittenhouse instantly became a cause célèbre on conservative news outlets and some gun rights advocacy groups on social media. His original attorney, since fired, compared the shootings to the first shots of the American Revolution in 1775 and called the case the most important one about self-defense in the nation's history.

Rittenhouse lived with his mother and sisters in Antioch, Illinois, about 20 miles from Kenosha. He had other family in the city, and was close friends with Dominick Black, who was dating his sister, and lived in Kenosha.

He and Black went downtown late in the morning of Aug. 25 to view the damage done during demonstrations the prior two nights. Rittenhouse said he met the owners of a car business that had been completely destroyed by arson.

That same day, the owners had asked Nicholas Smith, a former employee who lived nearby, if he could help watch over the business's two other locations that night.

Smith asked Black and Rittenhouse if they'd like to help, and they returned later that night, armed with AR-15 style rifles. Black had bought Rittenhouse's for him in May because Rittenhouse was underage. They kept the rifle at Black's house in Kenosha.

The trio and about five others spent most of the night at a repair shop. But after police pushed most of the protesters south after 11 p.m., Rittenhouse and an older man from his group he'd met that night started walking into the remaining crowd, asking if anyone need medical attention.

McGinnis, from the conservative news site The Daily Caller, was recording them.

At some point, they became separated. Police would not let Rittenhouse return to the repair shop, now behind the police line. Then he got a call from Black that people were vandalizing and burning cars at a third Car Source location three blocks south.

How it happened:A visual timeline of violence in Kenosha after police shooting of Jacob Blake

Rittenhouse borrowed a fire extinguisher from another person and headed south, alone. At the edge of the car lot, he encountered Rosenbaum, seen by many witnesses that night acting aggressively toward armed people who were trying to put out fires and stop property damage.

After running briefly from Rosenbaum, Rittenhouse turned and shot him between some cars. As angry onlookers converged, Rittenhouse began running away north on Sheridan Road. About halfway back to the police line, he stumbled and fell to the street.

He fired four more shots – two at the man who kicked him in the face, one at Huber who had struck him with his skateboard and tried to take his gun, and once at Grosskreutz, a volunteer medic at protests who ran up on Rittenhouse while holding a pistol.

The defense tried to portray Rosenbaum – who suffered from bipolar disorder – as the catalyst to the night's violence. He "lit the fuse," defense attorney Mark Richards said.

Some witnesses said he had threatened to kill Rittenhouse if he caught him alone.

The prosecution emphasized that no one else considered the diminutive Rosenbaum –  who was unarmed but for a brief time he was seen carrying a chain – as a threat, and none of many video's captured the specific threats of violence some witnesses said they heard.

According to the state, Rittenhouse was pursuing Rosenbaum first, before the older man ran at the armed defendant.

Rittenhouse said he feared his unarmed attackers were after his rifle, to use it against him. The prosecution noted the sturdy sling that secured it to Rittenhouse's body, which he had purchased that day for that purpose.

Prosecutors hope video from a private drone and an FBI surveillance plane will convince the jury Rittenhouse aimed his rifle at someone just before Rosenbaum began chasing him, in essence, provoking the attack.

The other victims, according to the state, were trying to stop someone they believed to be an active shooter, a homicide suspect, or both.

In his opening statement, Assistant District Attorney Thomas Binger told jurors the evidence would show Rittenhouse did not act reasonably and repeated several times that despite the admitted chaos of the night, no one but Rittenhouse shot anyone. 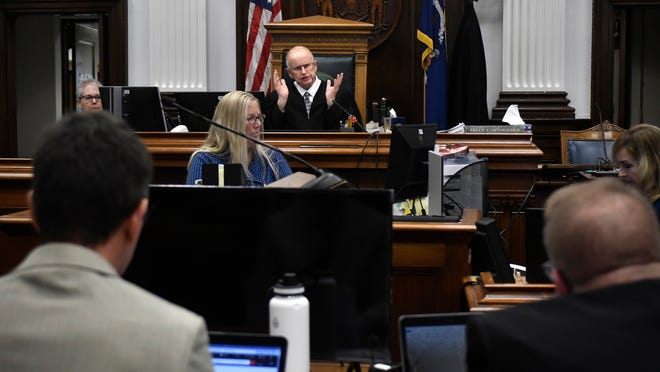 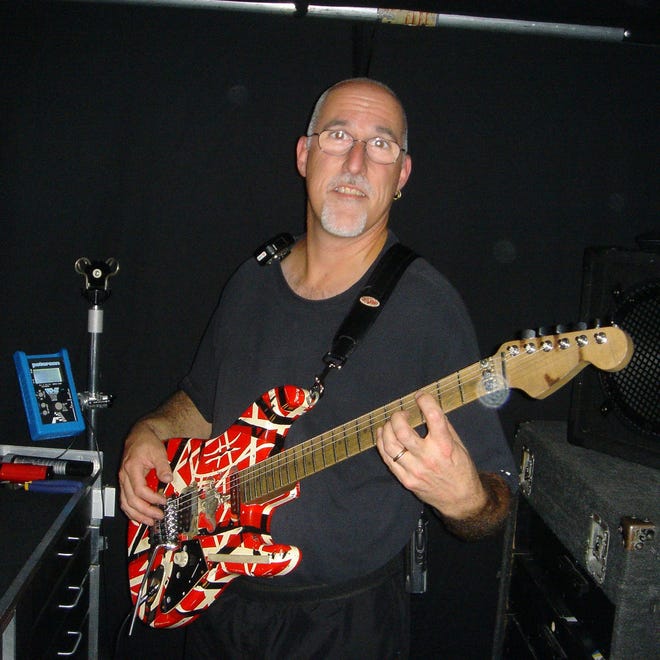 He was Eddie Van Halen’s guitar tech, now he’s trying to save his home 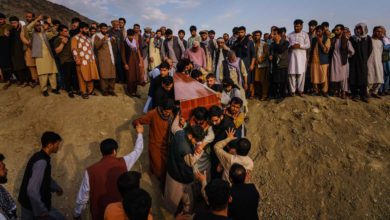 ‘We want justice,’ say the family of 10 civilians killed in a US airstrike 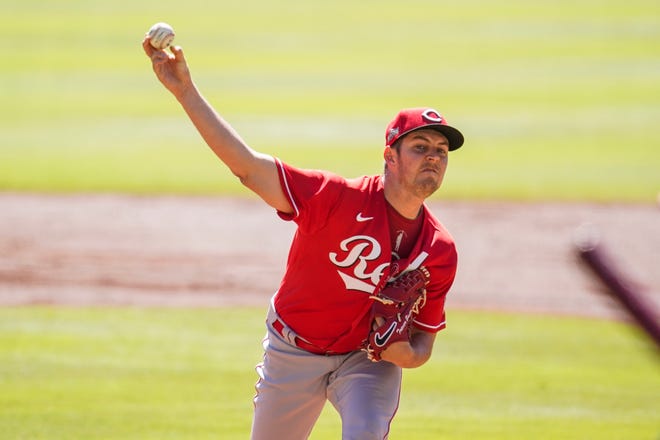 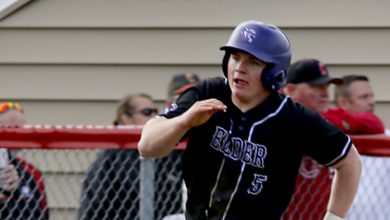 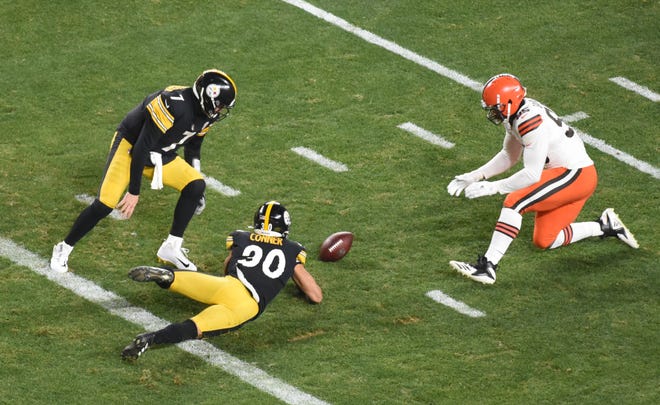 Steelers’ Roethlisberger era needs to be over 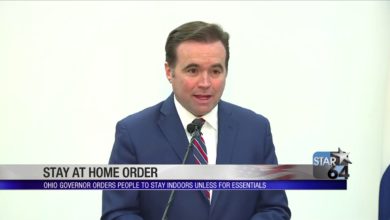