MILWAUKEE – The Cincinnati Reds activated Tejay Antone from the 10-day injured list before Tuesday’s series opener against the Milwaukee Brewers, and they lost a veteran arm from their bullpen.

Left-handed reliever Sean Doolittle was designated for assignment, giving the Reds a week to trade him or place him on waivers. Doolittle had a 4.46 ERA across 45 relief appearances this season, struggling with inherited runners early in the year, but he should draw interest from other teams.

Doolittle, the Reds’ lone free-agent signing last offseason, pitched in only four games this month. He saw an uptick in velocity at the end of July, reaching 97 mph with his fastball, but he had few opportunities with two other left-handed relievers in the bullpen.

"Doo has pitched well recently," Reds manager David Bell said. "He got off to, maybe, a slow start. He made some nice adjustments. There just wasn't enough work, really. It was tough. It was tough losing Doo just because he's an incredible professional."

The move was a vote of confidence in rookie Tony Santillan, the lone reliever who had minor-league options. Rosters will expand from 26 players to 28 players in September, but the Reds didn’t want to lose Santillan from their bullpen over the next week.

Santillan has pitched three scoreless innings since he was promoted last week, allowing two batters to reach base (a walk and a hit by pitch) and striking out four.

"He's proven he can pitch here," Bell said. "The last time he (was demoted), he understood it and everything, but he was pitching really well the last time he went out. To his credit, he knew and knows he belongs here. He went down and continued to pitch well in Triple-A. Since he's been back, his stuff looks great."

Antone is back in the Reds’ bullpen for the first time since June 24, sidelined for two months with a right forearm strain. He made seven appearances on a rehab assignment at Triple-A Louisville, yielding four hits and two runs in 6 2/3 innings while striking out 10 and walking three.

He should join Michael Lorenzen and Mychal Givens as the Reds’ top late-inning options.

"I hope to bring some new and fresh energy to the team," Antone said.

PLAYER OF THE WEEK: Tyler Naquin was named the National League player of the week Monday, the third Reds player to earn the award this season.

Naquin went 13-for-26 at the plate (.500 batting average) with three doubles, one triple, four homers, five RBI and nine runs in seven games. He was the first Reds batter with seven extra-base hits in a home series since Ernie Lombardi had eight against the Boston Braves in May 1932, according to Bally Sports.

"It's awesome, man," Naquin said. "There are a lot of good players in this league. I was able to put together a good stretch there. It's cool, man. But it's a long road. It takes a team to get there. I'm glad I was able to be in that spot."

Wade Miley was named player of the week on May 10 after pitching a no-hitter against Cleveland and Joey Votto earned the award on Aug. 2.

GREENE SUSPENSION: Top prospect Hunter Greene served a three-game suspension after throwing a pitch behind a batter in his last start at Triple-A Louisville.

He was ejected in the third inning of his start at Louisville Slugger Field last Tuesday after he threw a 102-mph fastball behind Johan Camargo's backside. Camargo homered off Greene in the first inning and Greene had just surrendered a home run to Orlando Arcia on his previous pitch.

Several members of the Gwinnett Stripers thought the pitch was intentional. A few players shouted at Greene from the dugout and one player, Ryan Casteel, was ejected when the umpires were deliberating whether to eject Greene.

Greene is scheduled to start Wednesday.

ROSTER MOVE: Right-handed reliever Michael Feliz was designated for assignment Monday after reaching the end of his 30-day rehab assignment.

Feliz allowed 13 hits and 12 runs in 6 2/3 innings with the Reds before he was placed on the injured list June 8 with a right elbow sprain. He had a 4.32 ERA in 16 relief appearances between Triple-A and High-A Dayton, totaling 20 strikeouts and two walks in 16 2/3 innings.

The Reds claimed Feliz off waivers from the Pittsburgh Pirates on May 14.

‘Ring of Fire’ for Canada, US gets partial eclipse

Half of US workers favor employee shot mandate

After 15 years in prison, man cleared in deaths of 5 kids

‘Ring of Fire’ for Canada, US gets partial eclipse

Half of US workers favor employee shot mandate

After 15 years in prison, man cleared in deaths of 5 kids

Cruise passenger dies of COVID amid outbreak on ship 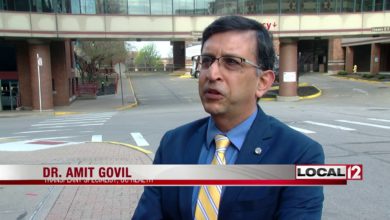 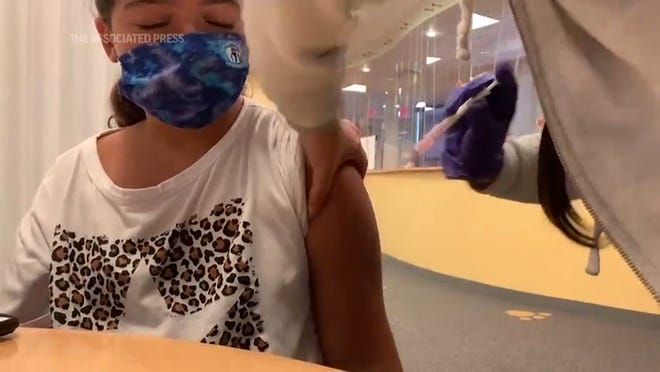 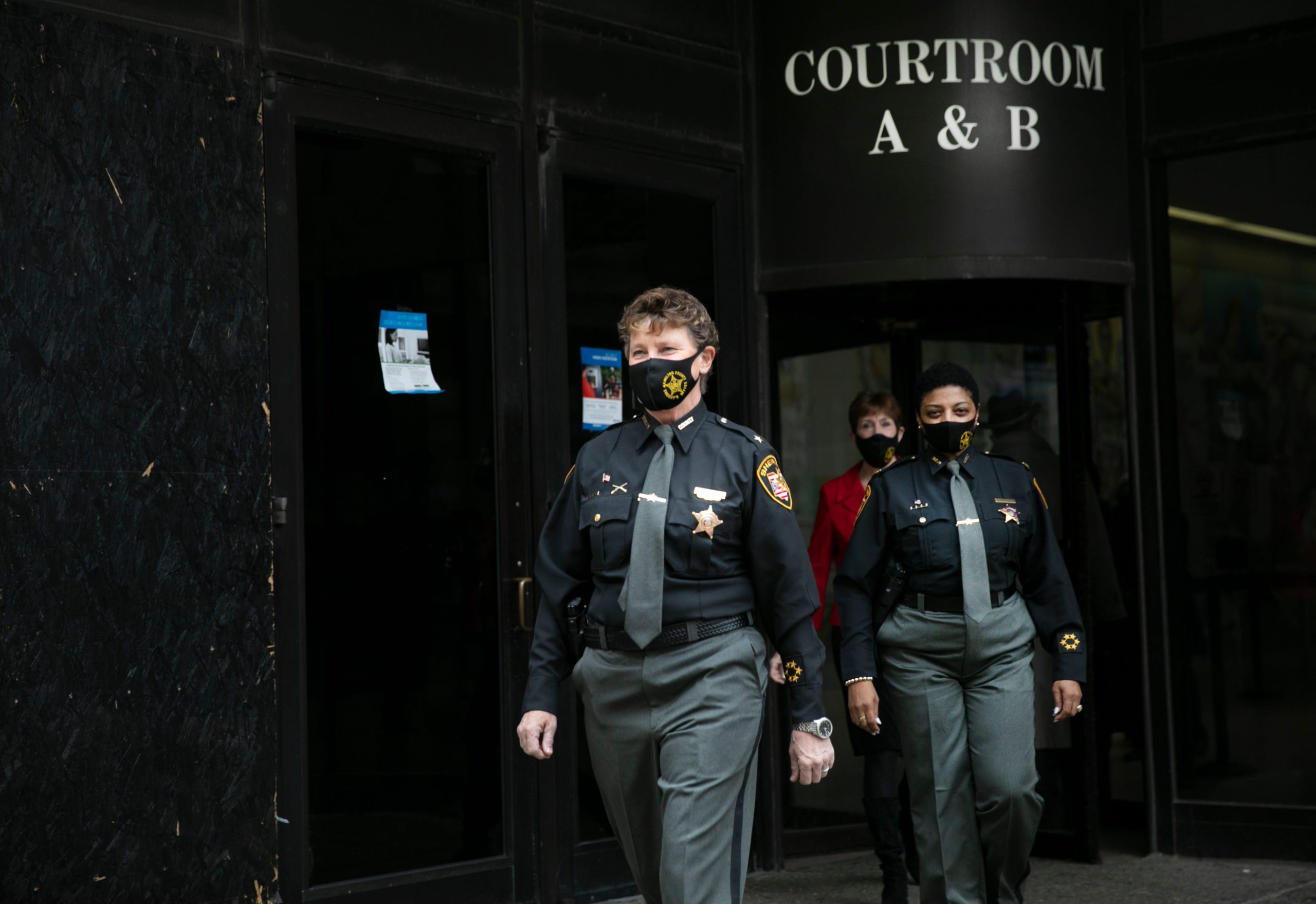 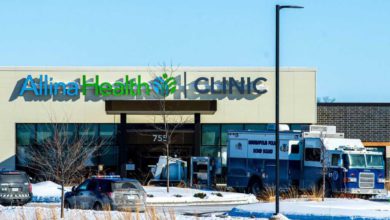 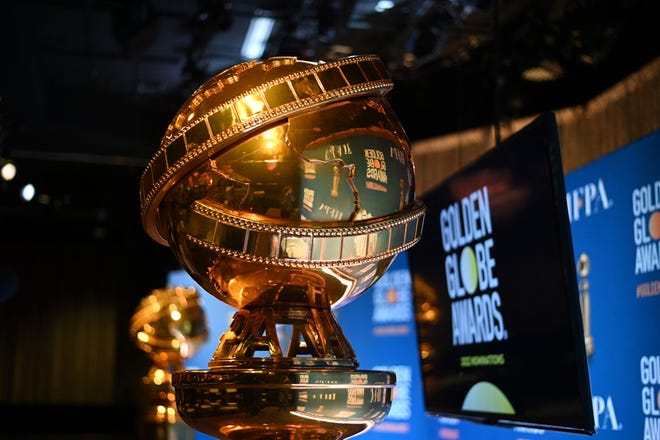 Stars react to the controversial ceremony